Restaurants, American Bloomsbury
3 out of 5 stars 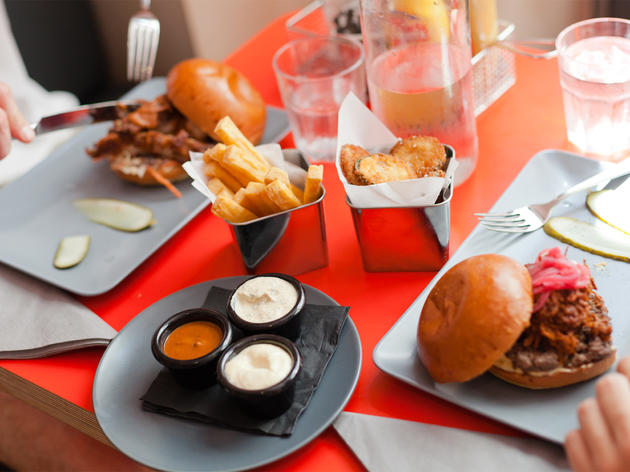 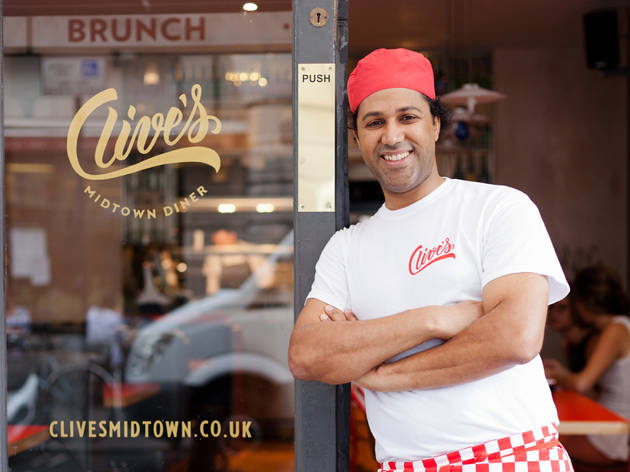 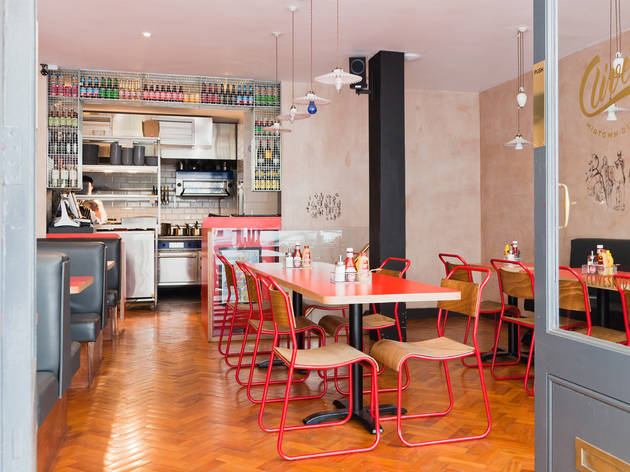 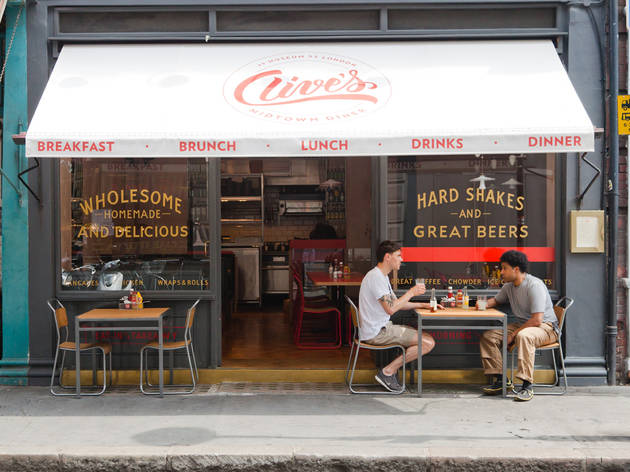 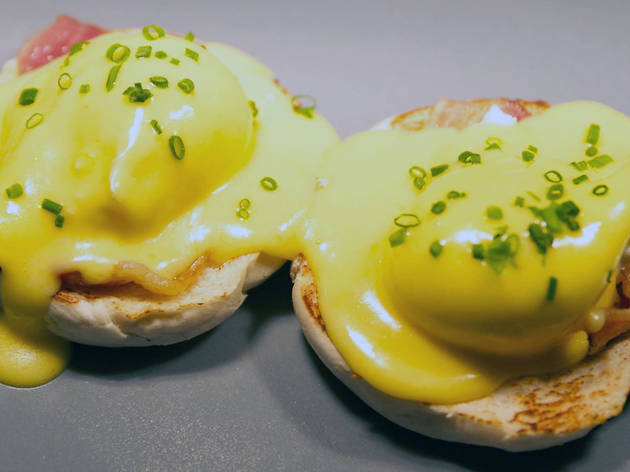 An American-inspired restaurant in Bloomsbury, with everything made on the premises.

If you know your way around Manhattan, you’ll know that New Yorkers do not associate the term ‘midtown’ with anything remotely cool. That’s why, as a native of the Big Apple, it amuses me greatly to see a group of London businessmen lobbying to have Bloomsbury, Holborn and St Giles collectively renamed Midtown. Their Midtown Business Club has a website that explains the mission if you’re interested – but take my word for it, you’re not.

The activities of the MBC may explain the name Clive’s Midtown Diner. This fairly new spot is a mere hole in the wall, so close to the British Museum that even Ginger the Mummy could probably manage the walk. But nothing about it evokes any association with midtown Manhattan. Come to think of it, it doesn’t really have much to do with diners either, apart from concentrating on sandwiches and salads (and some milkshakes as well).

But it’s a very nice little place, in large part because it’s in an area that’s always lacked good-quality eateries. Maybe local restaurateurs figure that proximity to a major attraction guarantees success (ever been to a restaurant near the Vatican?), so they don’t need to try.

Clive’s does not take that view. It tries hard, and sometimes it succeeds. A pulled pork sandwich (£7.50) featured a good wodge of well-seasoned pork, not at all dry. Onion rings (£3) were of fine quality, the batter crunchy and avoiding the heartbreak of oiliness. And the service, though slow at first, was incredibly sweet and friendly – when we didn’t take a shine to their chickpea ‘fries’ (too dry), they said we should have said so before we’d paid: they would have taken it off the bill.

One dish didn’t cut the midtown mustard. The house salad (£8.50) featured great ingredients, including an ultra-ripe avocado and perfect boiled egg, but the salad was undressed, and when I asked for dressing, they brought out a version of Thousand Island that had the consistency of a stiff mayonnaise. Both shortcomings can be corrected easily, and Clive’s has the ability and the will to do it. Next time I visit the Midtown Museum to admire the Midtown Marbles, I’ll pop in on Clive, too.

Clive's Midtown Diner says
Clive's is a New England-inspired diner in the heart of Bloomsbury serving popular homemade classics with a few modern variations on the theme.