Restaurants Soho
3 out of 5 stars 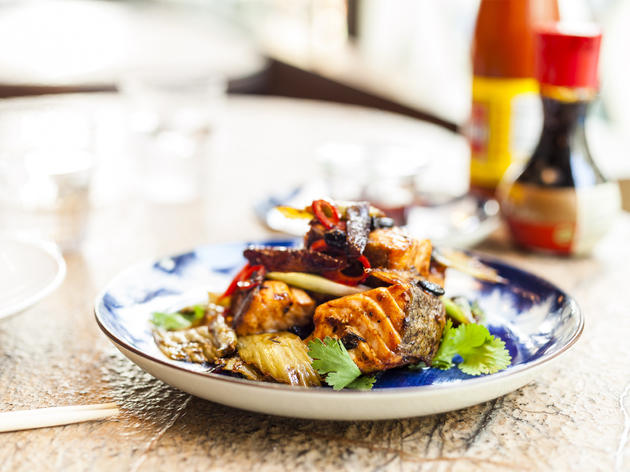 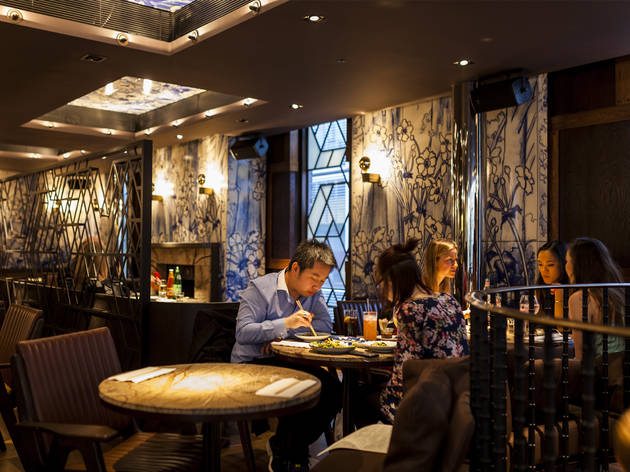 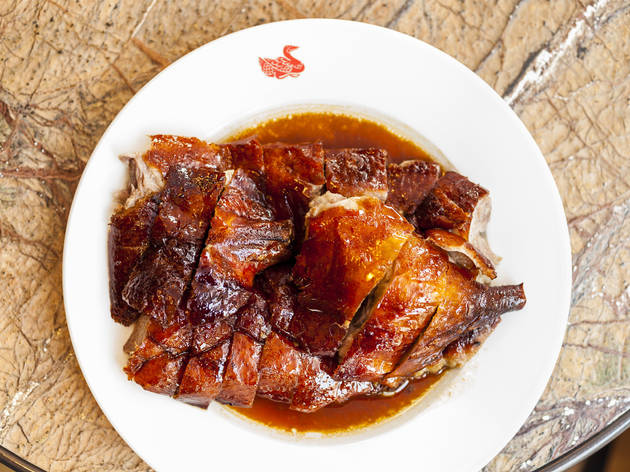 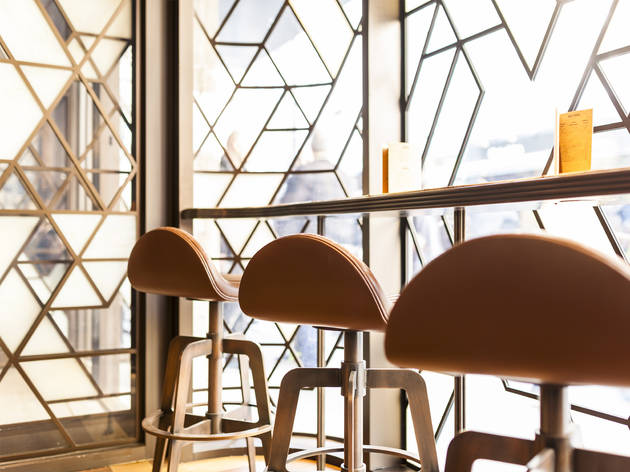 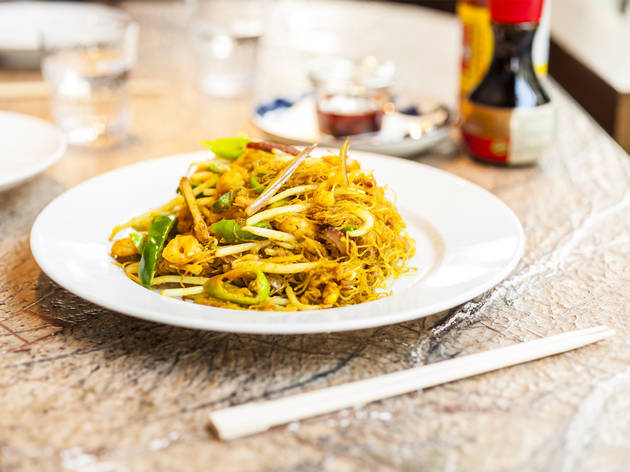 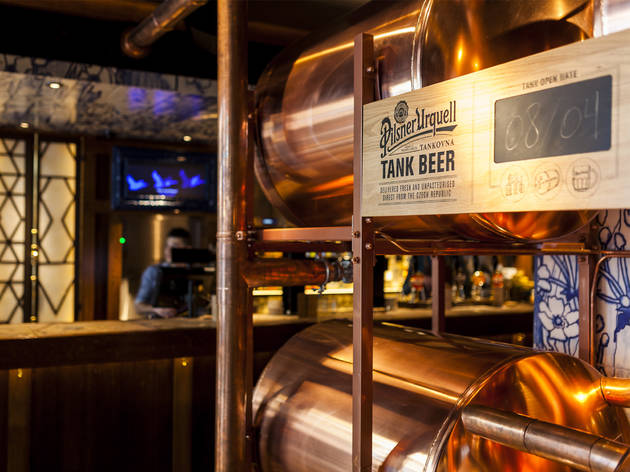 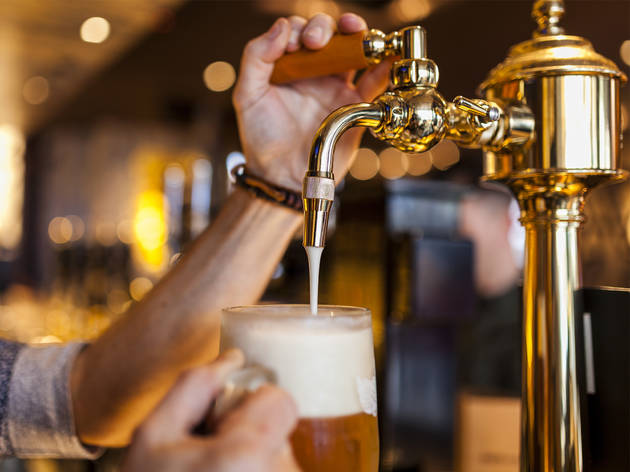 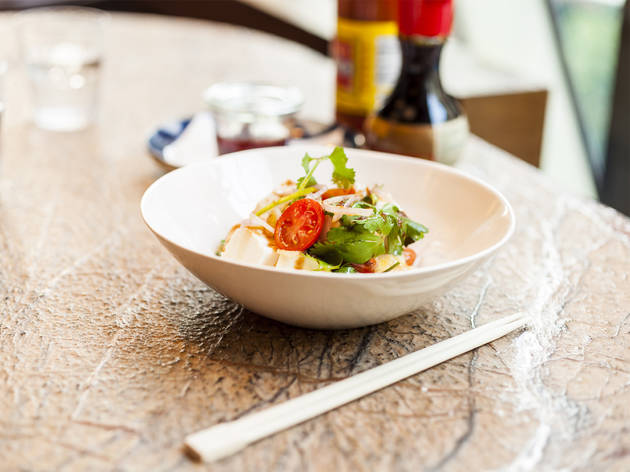 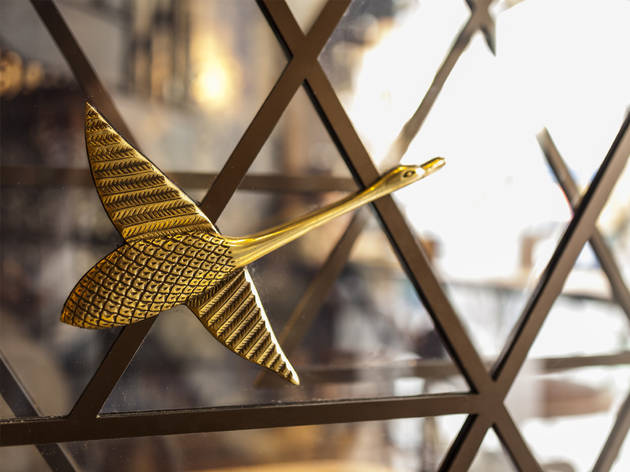 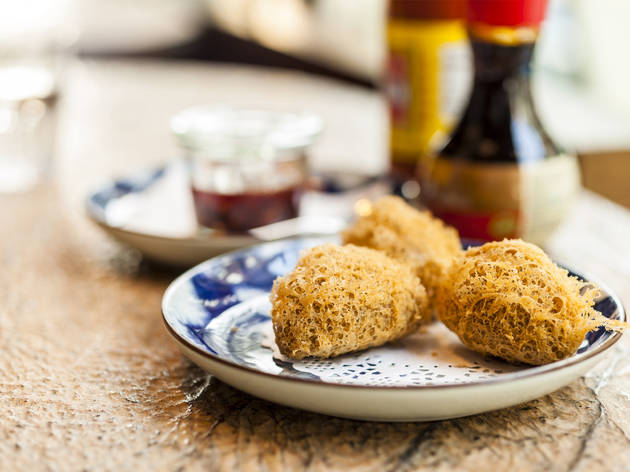 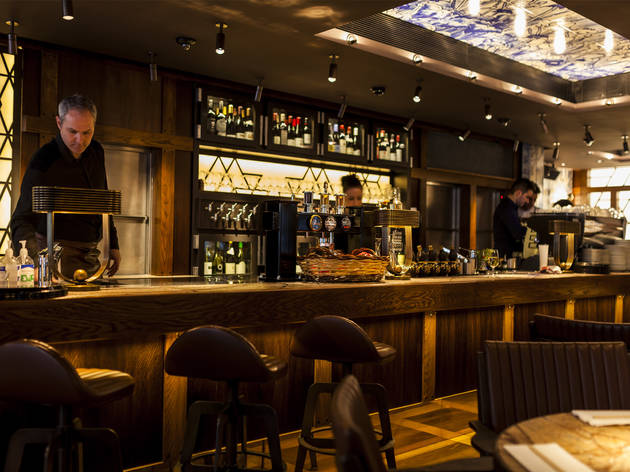 Ground-floor pub with Chinese restaurant above from restaurateur Alan Yau in the heart of Soho's Berwick Street.

To go out and get tanked has been given a whole new meaning by Duck & Rice, Alan Yau’s new Soho pub and dining room that dispenses ‘tank beer’. On the spot where the scruffy Endurance pub once provided warm brews and great jukebox tunes, there’s now an extraordinary-looking exoskeleton from an alien world. It still has great music: they got that bit right. But the interior of this spacecraft is a cramped and clumsy mix of Chinese action movie set and Turkish hammam, with – right at the entrance – steampunk-style copper tanks dispensing unpasteurised Pilsner Urquell.

A good Czech pilsner goes well with Chinese food, even if it’s a dizzying £5.30 per pint. The ground floor bar has a menu of pricey bar snacks such as chilli Sichuan chicken (don’t eat the chillies, which are  explosively hot garnishes).
The restaurant is on the first floor. Much like at Yauatcha next door – an earlier Yau project that he sold along with Hakkasan in 2008 – Duck & Rice takes a typically progressive approach to Chinese food. There’s Cantonese roast duck, moist and pleasingly fatty with crisp skin; modern Oriental dishes such as wasabi prawns; Malaysian char kway teoh; but also lots of jokey reinterpretations of Western-style Chinese takeaway staples.

What is the dish called No. 23, you might well ask? It’s chicken chow mein, something you’ll not find in China, but rendered well here: firm noodles, finely cut vegetables and a good balance of seasoning. Vegetable dishes included tender steamed aubergine with mui choi (preserved mustard greens). Dish pricing is higher than you’d expect in Chinatown.

This isn’t a Hakkasan or Yauatcha, but Duck & Rice still does decent dishes in a fun setting, and the mixture of Chinese restaurant and posh pub is inspired. Like all Alan Yau creations, some things work better than others. But without his innovation, Chinese restaurants in London would still be decorated like firecrackers and serving chop suey without the side order
of irony.