Ekstedt at the Yard

Men are here! We make fire! Cook meat! That’s the general vibe of the place. Not in a literal caveman sense, but chef Niklas Ekstedt is a big name in Sweden for his signature ‘old Nordic’ analogue cooking techniques at his Michelin-starred restaurant in Stockholm. His long-awaited and much-hyped UK outpost plans to do the same and relies entirely on wood-fired cooking, with no electricity or gas.

It’s housed in one of London’s most famous landmarks, Great Scotland Yard, which is neither in Scotland nor a yard, but has been recently renovated as a luxury hotel, part of the Hyatt collection. When you enter the former police headquarters you have to walk through an opulent white hallway that doubles up as a mini-exhibition showcasing police records and memorabilia preserved in glass boxes, complete with a rogues gallery. I have to admit, it’s a beautiful space with a lot of complex history, but let’s focus on the food here. The long corridor eventually leads through to Ekstedt’s lair – a very masculine Scandi dining room featuring a big exposed brick wall, lots of black hardware and bouquets of dried sage dangling from the vaulted ceiling.

For indecisive types (me), who panic when it’s their turn to order and they still haven’t made their mind up yet, you’re in luck. There are only two options here. Either the seven-course tasting menu for £135 or the three-course one for £75, with the option to add a wine pairing or a kombucha pairing (a somm-bucha, if you will), which is a really thoughtful way of including non-drinkers. We opted for the blowout with wine because life’s too short and how else are you supposed to spend a school-night Tuesday anyway?

To kick things off are various delightful little snacks that showcase the finest things that Scandinavia has to offer: peppery, funky reindeer charcuterie with a strong hybrid beef-lamb liver aftertaste; a rich jerusalem artichoke smoked-cheese egg yolk on a crisp frilly tart; charred yellow beetroot and smoked sour cream; and a refreshingly tart sea-bass ceviche with pine and attica. It was a series of smart, unconventional nibbles full of contrasts, bold flavours and unique textures. So far, so good.

For the first course, we were presented with two big, juicy oysters with nasturtium, apple and beurre blanc (white butter) dressing. These aren’t your regular oysters, oh no. They’re flambadou oysters: an ancient French grilling method. A heated cast-iron cone melts beef tallow, which slowly drips down and gently cooks the bivalves. Basting the oysters in the rendered fat elevated these bad boys to the next level, with a buttery, luxurious mouthfeel that coated the tongue as we chewed. Seriously divine.

Next, a sizzling bowl of venison heart in a heated stone bowl with mushrooms, shallots, lingonberry, parsley and butter. I was advised to scoop the filling to eat it like a taco in a flatbread. Freshly cooked food on the table and eating with your hands – it was all very feral stuff. The hearty, meaty mixture was a delight, with little popping balls of sweet-tart lingonberry to cut through the richness, wrapped in the soft, warm flatbread. It was followed by a fiddly fire-cooked leek topped with smoked-roe potato cream to share. You’re supposed to carefully scoop out the flesh away from the blackened skin to eat the sweet, onion innards. It was a fun, interactive dish, but a bloody nightmare when you accidentally ate some of the inedible skin.

Wines were carefully considered and paired brilliantly with each course. My favourite was the fruity and spicy French Jura red wine that married beautifully with the next dish: hay-smoked mallard with wild mushrooms, plum sauce and cream. There was a lot going on and it took a while for the brain to register – umami, sweet, spicy and savoury with smoky chew – all harmoniously balanced and cooked spot-on, but something about it didn’t blow me away. For the tasting menu’s show-stopping crescendo before the grand finale, I wanted more memorable sparks.

Annoyingly, my pal and I were too deep in conversation to notice that our final dish, a cep mushroom soufflé, had sunk in the middle. On the outside, an airy, light sponge, but when we reached the centre it was soggy and heavy. Sadly, the deep earthy and woody mushroom flavour overpowered the delicate pine-needle ice cream and wild blueberries it was served with. I wasn’t a fan, but my mate didn’t mind and polished my portion off.

Despite the disappointing pud, I really liked this place, but I think it’s still finding its feet and personality. There were some peaks and troughs to this rollercoaster four-hour tasting menu with some brilliant bits and some not-so-brilliant bits. You know that initial stage of lighting a barbecue and you have to wait until the flames have died down for that sweet spot to begin cooking? I feel like that’s where Ekstedt is – it’s hot and raring to go – but it needs time to settle to really get things going.

The vibe Catered to the more grown-up crowd. Imagine a fancy, slick first-class airport lounge, in the best possible way

The food Meat, heat, ash, smoke and fire. In that order

The drink A strong natural wine pairing spanning from a light, sparkling English wine to a full-bodied, mature French Jura red. Not drinking? A considerate funky kombucha pairing for each dish

Time Out’s tip? Sit near or in view of the open kitchen by the wood-fired oven and be mesmerised by the flickering flames. You may leave smelling like a bonfire, but that just adds to the whole experience 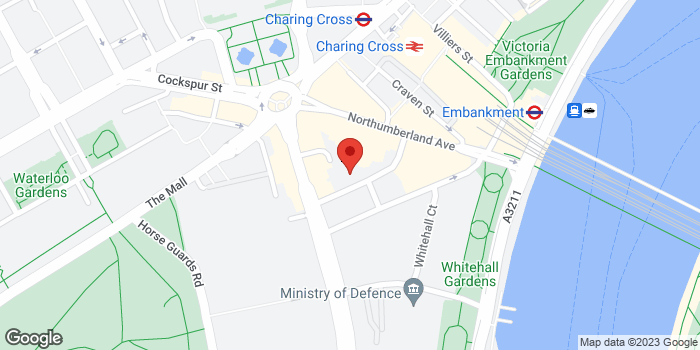