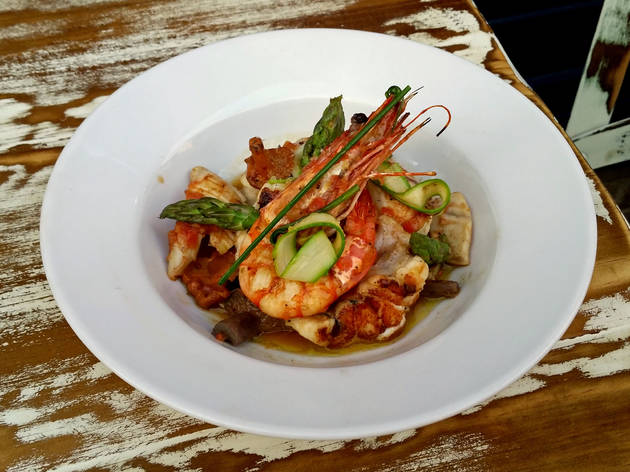 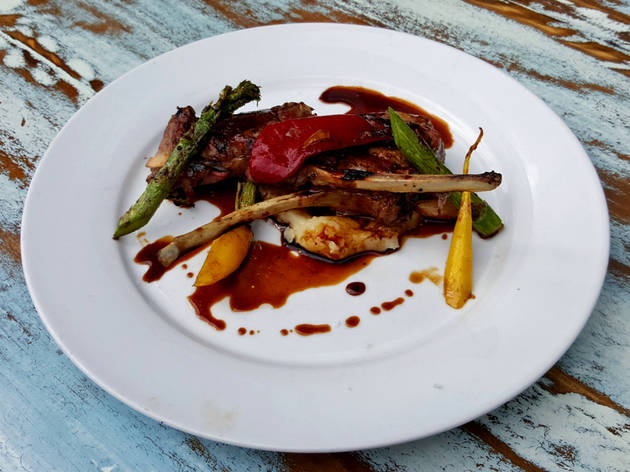 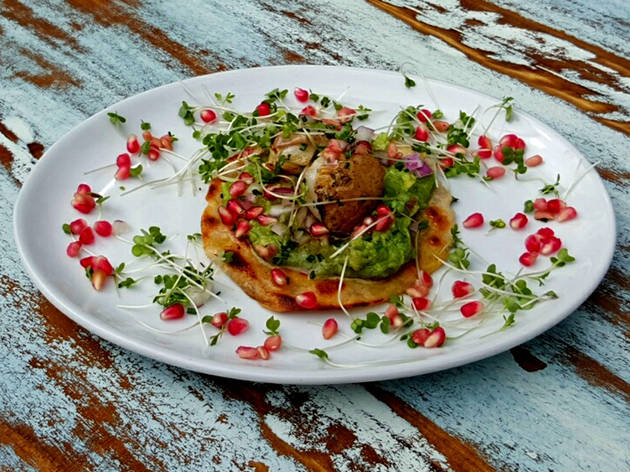 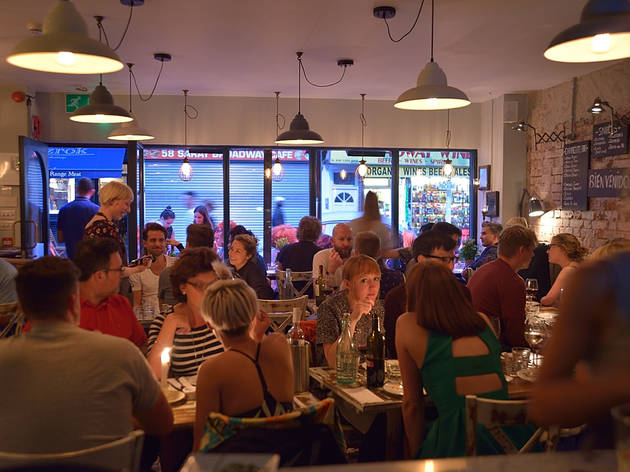 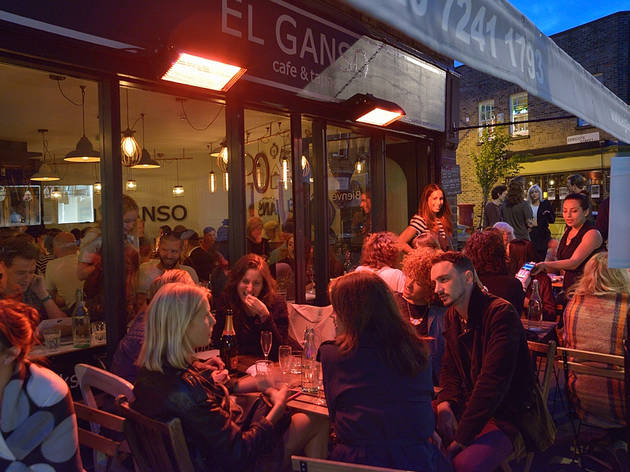 An authentic Spanish eatery with a few modern flourishes found along Broadway Market.

Despite having walked up the length of Broadway Market many a Saturday, I’m struggling to remember ever seeing Spanish restaurant El Ganso. But as the manager tells us, they’ve been doing business here for almost two years. My bad.

Inside, the restaurant is empty, and the staff are slightly awkward. But like a true tapas joint, it fills out later in the evening, to the point where we’re practically sharing tables. As you’ve probably guessed, this is because El Ganso attracts a healthy amount of Spanish-speaking customers, who all eat dinner much later.

Given the rustic restaurant aesthetic, with exposed bricks and Moorish tiling, we’re expecting some equally classic tapas. And the menu would have you believing this too. Filled with the likes of albondigas (meatballs), tortilla and croquetas, it’s hardly a ground-breaking read. But dishes are a sweet surprise when they arrive, served in a way that defies expectation. Silky ham croquetas are lined on a spread of thick and punchy romesco purée, with pretty pea shoots adding textural crunch, while pork belly with delightfully crisp crackling is served alongside a curve of vibrant green apple jelly. These plates are really beautiful, and even the patatas bravas at our neighbouring table come pimped up in a mini frying basket.

We’re in love with arroz negro (paella blackened with squid ink), with tender morsels of squid buried deep in a pile of rice and enlivened by garlic-heavy aioli and a squeeze of lemon. Seafood, it would seem, is treated well across the board – our dish of gambas al ajillo held juicy prawns in a sea of even more garlic, with the aftershock of smoky pimentón lingering.

As it gets busy, we find ourselves forgotten in a corner and our dessert order gets confused in the hullabaloo. But when you leave your neighbourhood tapas joint basking in the heat of the Med (not to mention feeling as fat as that eponymous goose), it’s hard to hold any grudges for long.