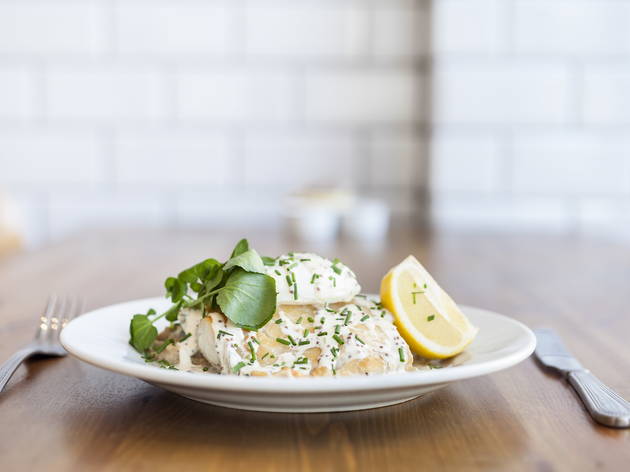 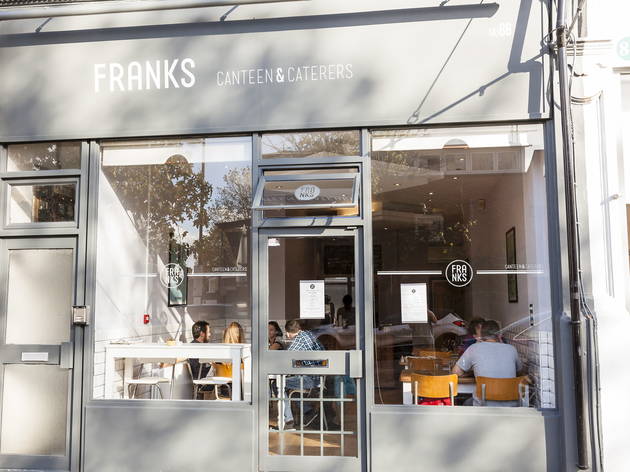 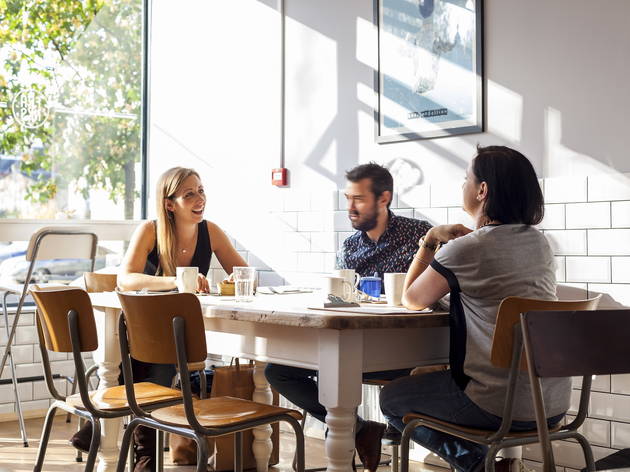 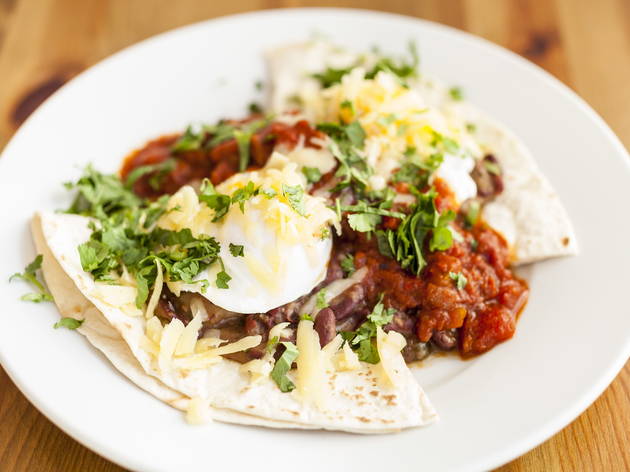 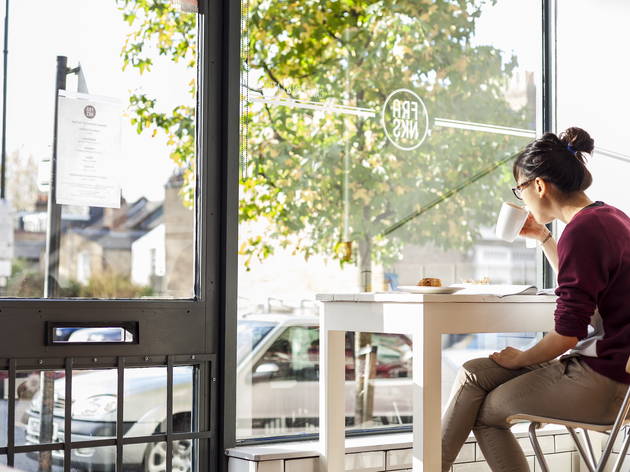 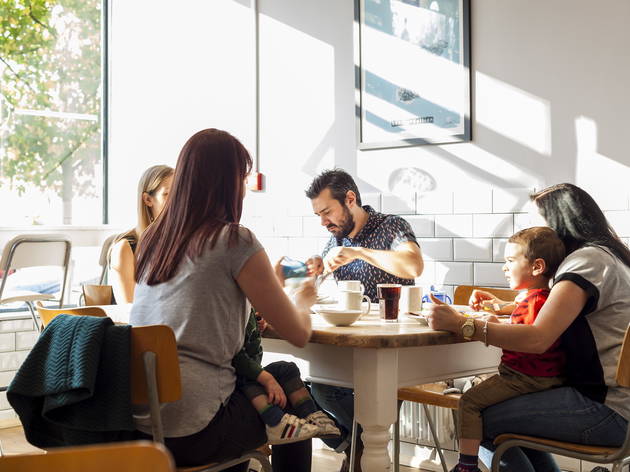 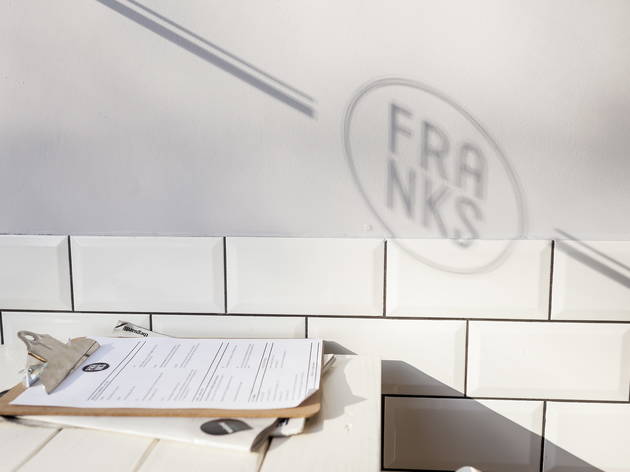 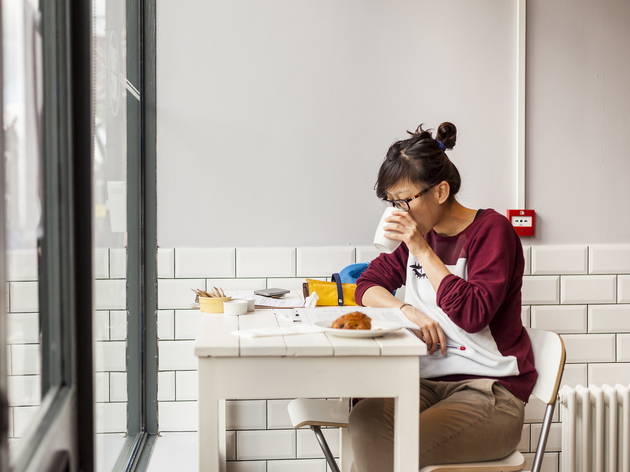 High ceilings, huge windows, generous portions, and main dishes with change from a tenner in Highbury.

This is a tiny café in Highbury, opened in October 2014 by wedding caterer Paul Warburton and offering seating space for a mere 22 people. The room is surprisingly lovely in a crisp, functional way: high ceilings, huge windows giving a view of the road, white tiles on the walls. And look up at the ceiling to get a view of artfully done lighting.

The menu too is tiny: barely a dozen items, with egg dishes prominent and specials changing daily. Main dishes are sold at prices that seldom creep through the £10 barrier, and portions are generous. What’s more, the food is seriously accomplished. Huevos rancheros, served on a soft tortilla, are a regular on the menu that you should eat at least once: perfectly poached eggs, judiciously spiced beans and salsa. Quiches also make regular appearances, and the one we tried, featuring sweetly caramelised red onion, made something really distinguished out of what can so easily be a fairly humdrum dish.

The superlatives start flying fast and furious for the Franks version of kedgeree. Here the fish and egg are served whole instead of being mixed into the rice. So: a plump hunk of smoked haddock, another perfectly poached egg, carefully spiced rice and a mustardy dressing to add the final poke of zing. This is comfort food as haute cuisine, and you would be hard-pressed to find a better specimen at much more expensive restaurants. If it’s on the menu when you go, order it.

Not everything was so successful. They need more training on the espresso machine, and blueberry crumble cake was dense and dry. Diet Coke was served from a big plastic bottle, and had gone pretty flat from being open too long. But these are small quibbles. Especially when you add in the sweet and attentive service, which makes even strangers (there are lots of locals in evidence) feel welcome.

Franks is open for brunch and lunch, but check their Twitter before heading over. Warburton tweets weekly if the Canteen’s going to be closed on any of their normal opening days while he’s away doing a wedding gig. Very considerate of him. And the sort of thing you'd expect from someone who operates such an exemplary local café.