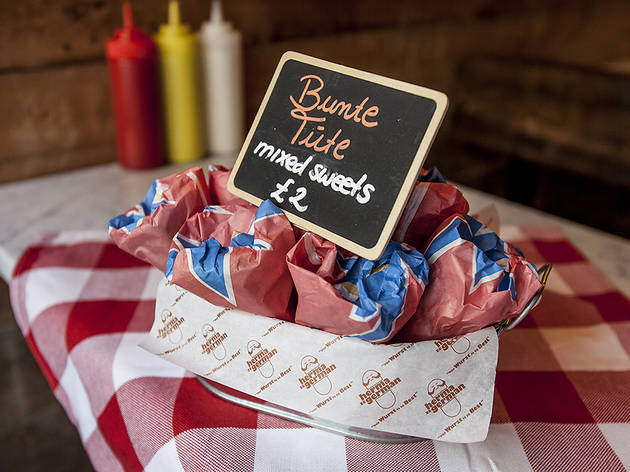 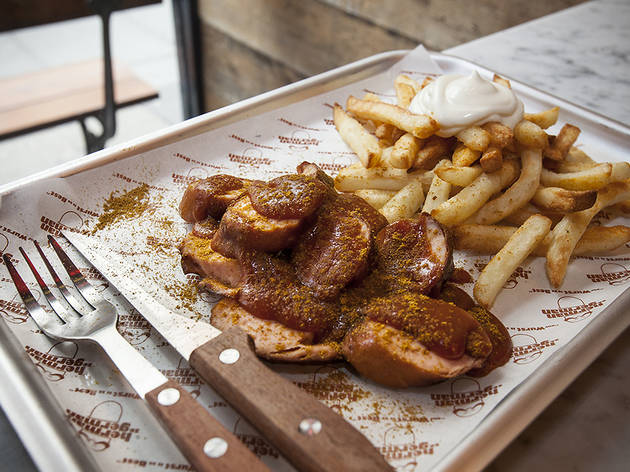 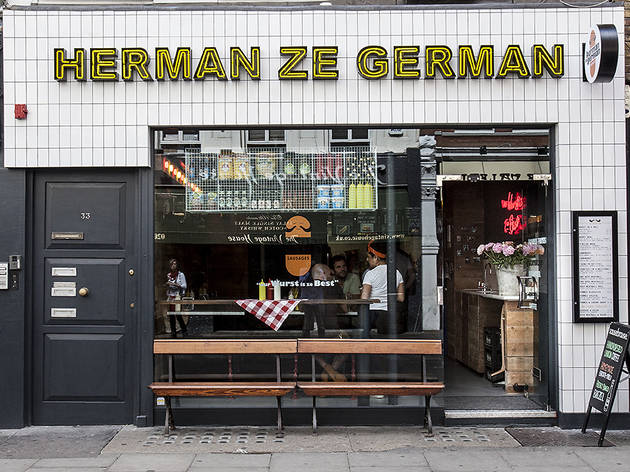 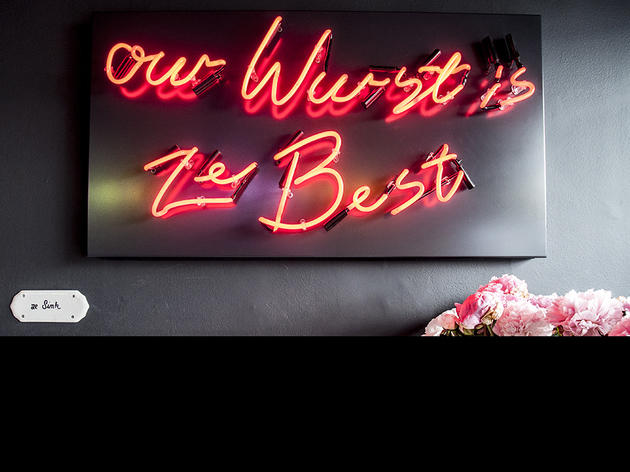 Bow wow and woof woof for these delectable dogs – the best German tube-steaks in London.

The last 12 months have been the year of the dog. The hot dog, that is. Previously relegated to being a street food sidekick – the Robin to burger’s Batman – the hot dog has had enough of prancing around in the background with its pants over its trousers, and has elbowed its way on to the menus of sit-down restaurants. First there was Bubbledogs in Fitzrovia – a fine concept (champagne served with interesting hot dogs in a gorgeous space), foiled only by the dogs themselves not living up to the hype. Meatmarket in Covent Garden did a better job – but the burgers are better there. Only the bar at Hawksmoor in Spitalfields, with its knock-your-socks off chilli dog, really impressed.

All the above porkers have one thing in common: the US of A. Yup, if any of these prime sausages appeared on an episode of ‘Who Do You Think You Are’, their great-great-granny would have been from New York’s Coney Island. We’ve all been so caught up with the stars-and-stripes invasion, we forgot about the original wiener: the wurst. Until now.

Herman ze German, in case you hadn’t guessed, is a purveyor of German sausages. Its outlet on Villiers Street is cherished by sausage fanciers and the late-night commuters of Charing Cross, but is no place to linger. This, its first ‘restaurant’, in the beating heart of Soho, is really a fast-food joint – but its larger size and playfully utilitarian interior (part log cabin, part wet room – with planks on the walls, a painted concrete floor and a butler sink for washing your hands) has made it a place that’s comfortable enough to hang out in.

The sausages are imported from the Schwarzwald, and are sehr gut: high-quality pork (no ‘mystery meat’ here), juicy, springy middles and a proper ‘knack’ when you bite. More bonus points for serving them in proper bread rolls (as opposed to a US soft finger bun) – at HzG, you’ll get chewy baguettes.

Our ‘ze Wilde Bock’ had a bouncy bockwurst (smoked pork sausage) layered with ‘curry’ sauce (spicy ketchup, preposterously popular in das Mutterland), squidgy fries and crisp onion shards: a sort of Teutonic chip-and-sausage butty. Straightforward sauerkraut with no embellishments proved a suitable digestif; only the sloppy potato salad (with a good taste, but not texture) disappointed. But for a hearty meal in central London that won’t make you bleed through your wallet, it’s time to consider a wiener. The burger is dead. Long live the dog.