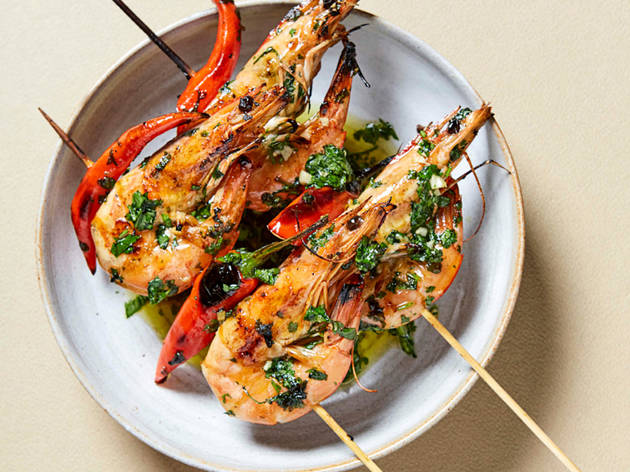 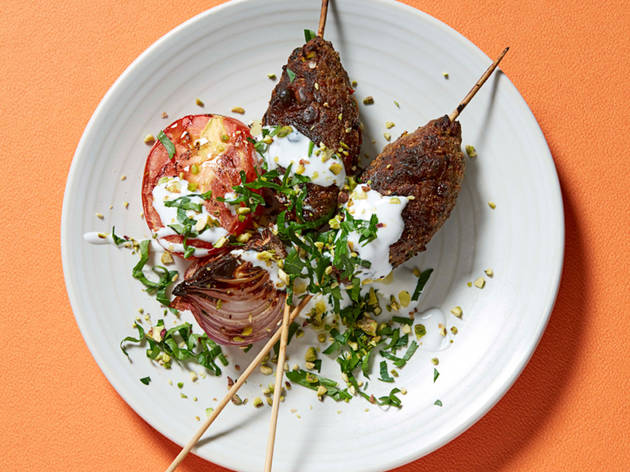 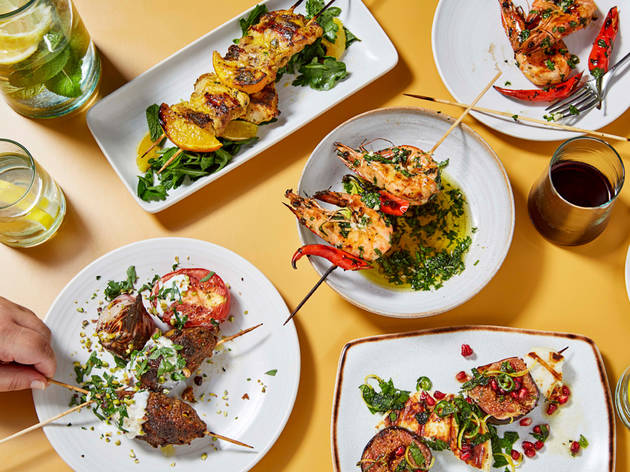 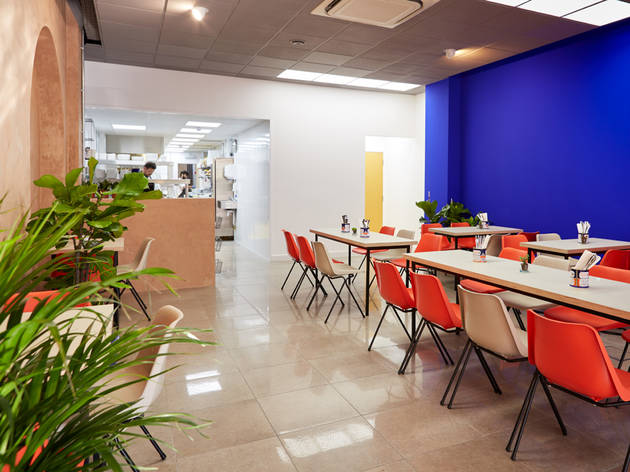 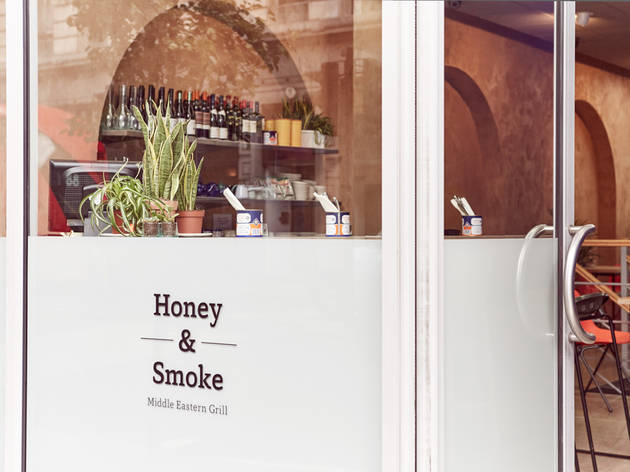 Let’s start with the good news. Which is that the food at Honey & Smoke is, on the whole, as great as at the first ‘honey’, aka Honey & Co (the husband-and-wife-team behind it are each other’s ‘honeys’: too cute). Once again, the ex-Ottolenghi pair deliver the big, bold flavours of the middle east, but this time with more focus on the grill. There’s a £32.50 set menu, which allowed me to sample all the mezze (research obvs), the best of which was smoky, silky babaghanoush; perfectly-textured falafel; and crisp-edged cauliflower with tahini and mango chutney. Plus skewers of grilled black figs, their sweetness nicely balanced by soft, delicately salty manouri cheese.

Main courses were equally strong: tender hunks of grilled beef shish with wilted greens; a decent plate of marinated and grilled octopus. An unexpected delight was a side of cumin-spiced lentil rice with ribbons of crisp, chewy caramelised fried onion, while of the desserts: the stunning feta and honey cheesecake (borrowed from Honey & Co) remains the best, a warm chestnut cake with thick salted caramel and a blob of sour cream a close second. There were slip-ups, though: oversalted potatoes, undersalted msabaha (whole chickpeas), a too-sharp tomato taboule.

These I can forgive. What I can’t overlook (and here comes the bad news) is the setting. While Honey & Co is small and charming, little sis is the exact opposite. The large, high-ceilinged room smacks of cafeteria: not the swish River Café kind, but the sixth form tech college kind, all plastic chairs, plain tiled floor and harsh lighting. This is fine if you’re a cheap-as-pitta Tel Aviv kebab joint, but not at these prices. That set menu isn’t especially good value, not when you factor in delicious but unasked for bread, olives and pickles, for which they will charge you an additional £2 per person. Instead, eat all the bread (it really is great) and order three starters – one of which should be the falafel, at £3.50 for two – plus two mains, that lentil rice and that cheesecake. Shared between two, that’s a more acceptable £25-28 each.

As for the service – even with the caveat that it was opening week – we weren’t impressed when our bread was whisked away without permission, and worse still, we were presented with the bill at the same time as dessert, because ‘the next table was waiting’. Now I don’t have anything against table-turning per se, but the way to do it is to flag it on arrival (we’d been walk-ins).

So: Honey & Smoke. It'll be good for lunch once they extend opening hours (due November 2016), but for somewhere sweeter in the meantime, stick with Honey & Co.