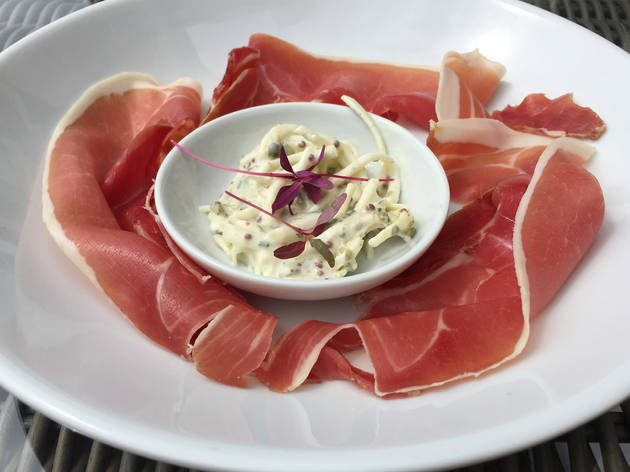 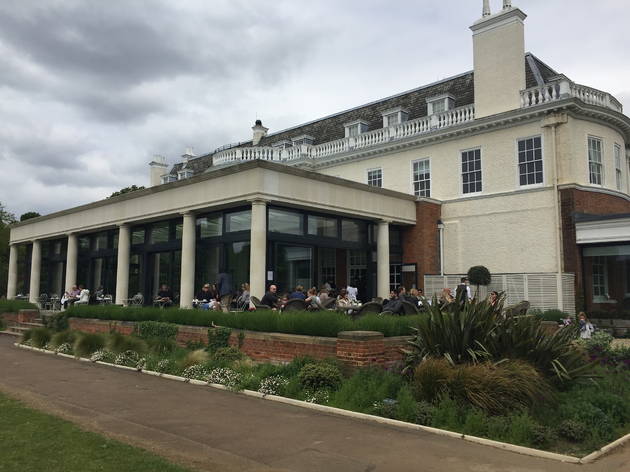 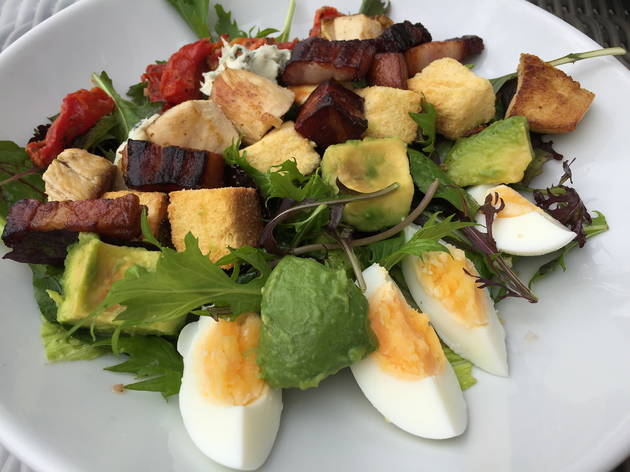 Cannizaro House, a country house on the edge of Wimbledon Common, has long been a destination for pram-pushers and strollers taking advantage of this mansion’s stately grounds (Cannizaro Park). For years the building’s public café under-achieved, but this looked set to change when the Hotel du Vin group took it over in 2015.

Hotel du Vin used to have a good name for both food and drink, but based on our most recent meal at Cannizaro House, there’s room for improvement. The eighteenth-century building now has a modern glass conservatory facing the park, which houses The Orangery, a no-bookings brasserie. The more expensive restaurant, called The Bistro, has eyebrow-raising prices, with starters costing around £15 and main courses approaching £30. We moved to the Orangery, which as well as being cheaper, has the added benefit of having many outdoor tables on a terrace.

While the dishes were adequate, the pricing seemed cheeky. A chicken cobb salad cost £16.95, yet the ingredients were unremarkable, with little chicken present. More disappointing still was the dish described as ‘grilled globe artichoke’ (£15.50); in reality, this mainly comprised of a handful of rocket leaves, grilled bread and fragments of oil-drenched artichoke heart that appeared to be fresh from a jar. When we found a rubber band among the salad leaves and pointed this out to our waiter, he apologised – but the dish stayed on the bill at full price. If you just stick to having a glass of wine on the terrace from their well-chosen list, you’ll be more than satisfied.