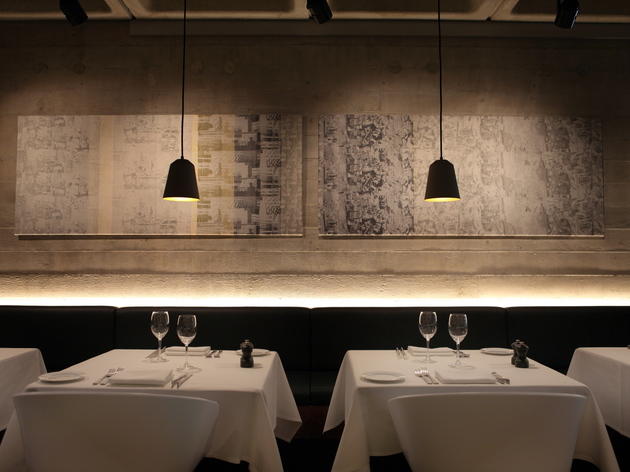 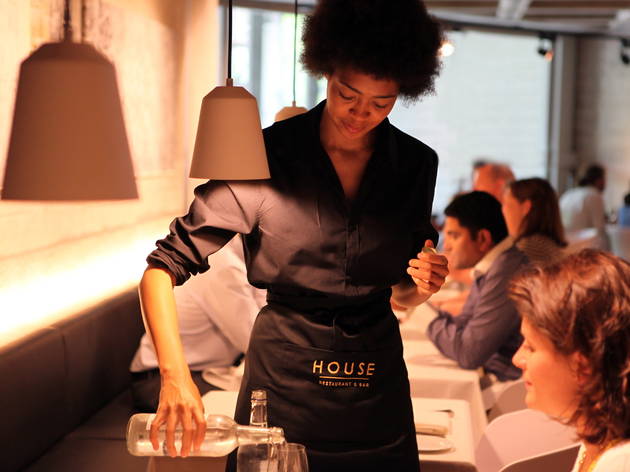 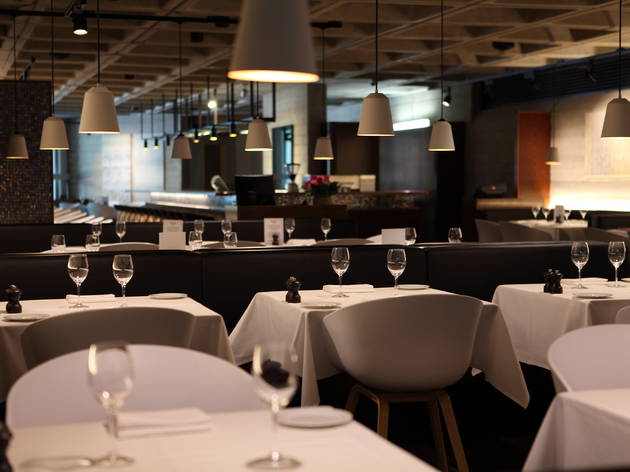 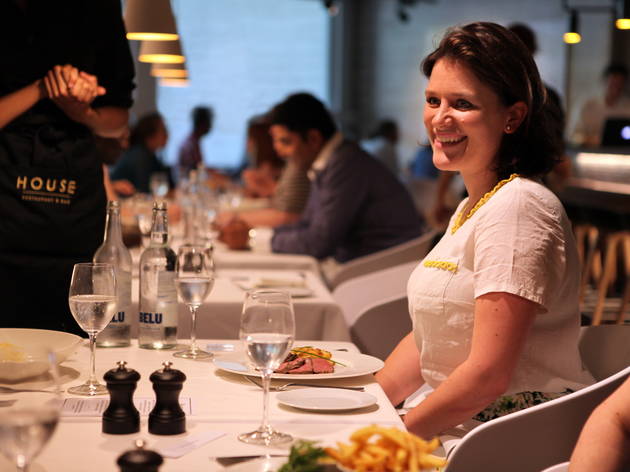 After a MasterChef-style selection to choose its chef, the former Mezzanine Restaurant at the National Theatre has reopened as House.

The Southbank Centre is bound by chains: Canteen, Giraffe, Strada, Ping Pong. For the UK’s leading arts venue, the high street mediocrity of most of its dining options is disappointing. But the National Theatre has bucked things up by revamping its flagship restaurant in summer 2014, hiring three new chefs in a publicity-grabbing, MasterChef-style cook off.

The expansive room lends gravitas, set into the concrete of the theatre’s 1970s brutalist architecture; the linen is pristine, the tables well-spaced. Such a serious interior sets the tone for a meal of considerable ambition. The starters span steak tartare to cured salmon with rye bread, daintily presented on vast white plates; but the pick of the starters was burrata, the creamy mozzarella wrapped in intensely savoury candied tomato.

The wintery meatiness of ox cheek bourguignon and short rib hit the spot; the slow-cooked beef and Alsatian bacon were offset with a creamy slick of potato mash. Cautious diners will be happy with the fish and chips or tagliatelle, but more adventurous choices also beckon. A barley and mascarpone risotto had been imbued with whisky and even a sprinkling of ground coffee – not so unusual, our waiter insisted, as you can find similar combos in Italy. It worked better than it sounds, though an entire main course portion of it proved more than enough.

It’s the desserts that make it clear the chefs here possess creativity that’s bursting to get out. All three of our puddings were canvasses for more blobbing, streaking and gilding than the backdrops at the Olivier. A praline hazelnut éclair with nutty ice cream was a thing of great beauty, and like the cream-rich mousse dishes, would look perfectly at home on a master confectioner’s display shelves. Fruit and nut flavours were clear, colours bold.

House exceeded our expectations, with dishes that were at times a little too overdramatic – but the new kitchen crew here aren’t ham actors.