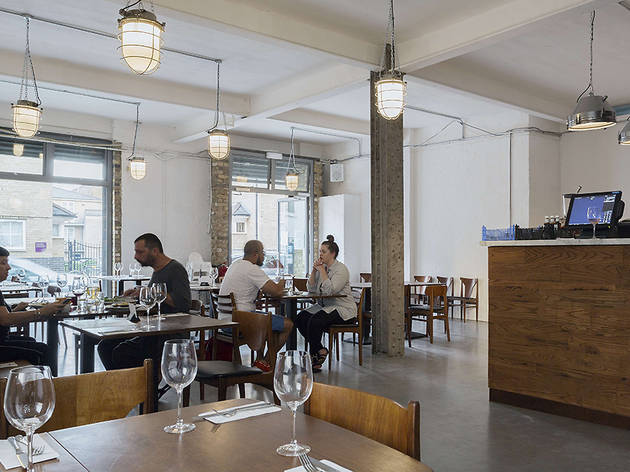 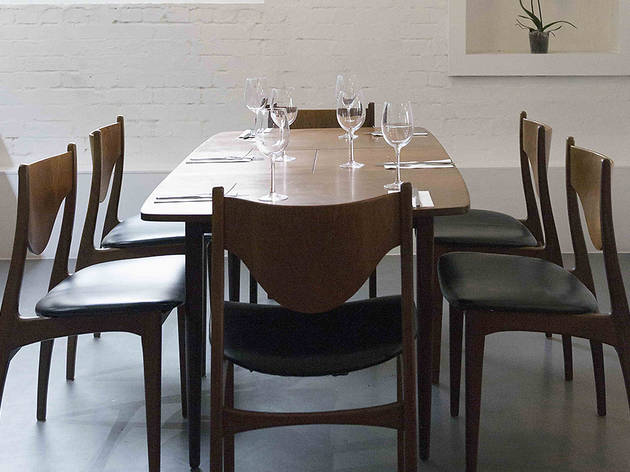 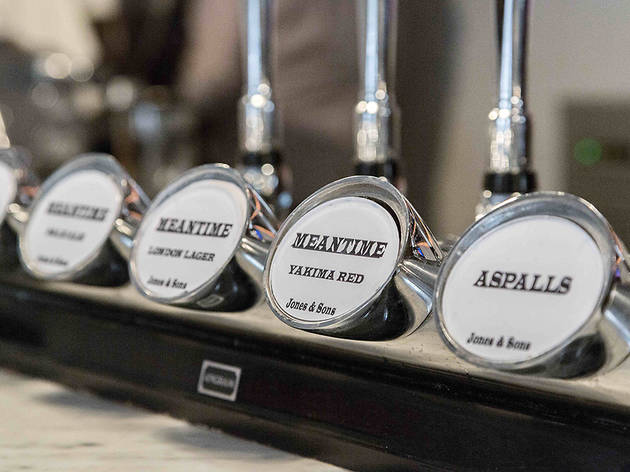 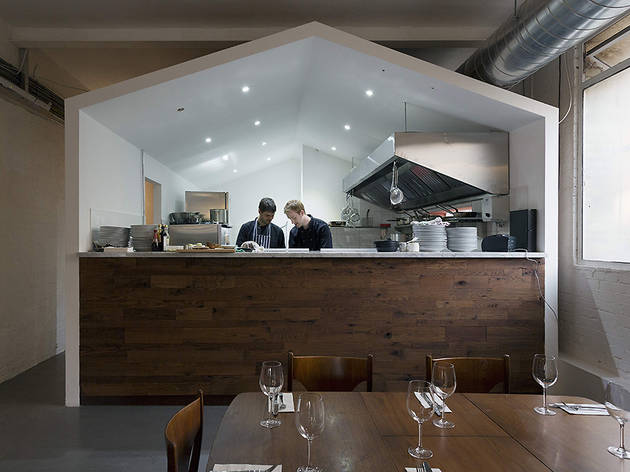 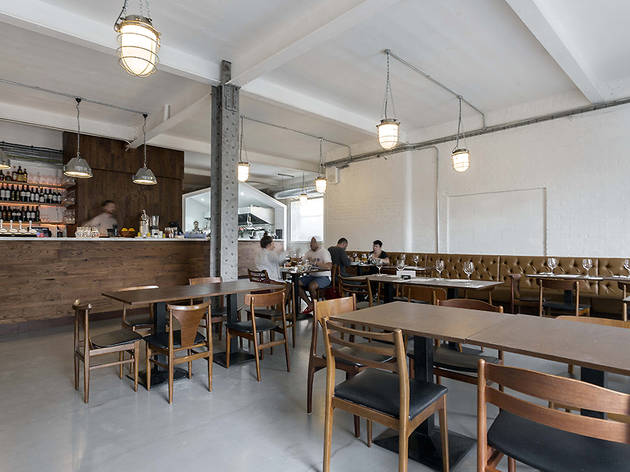 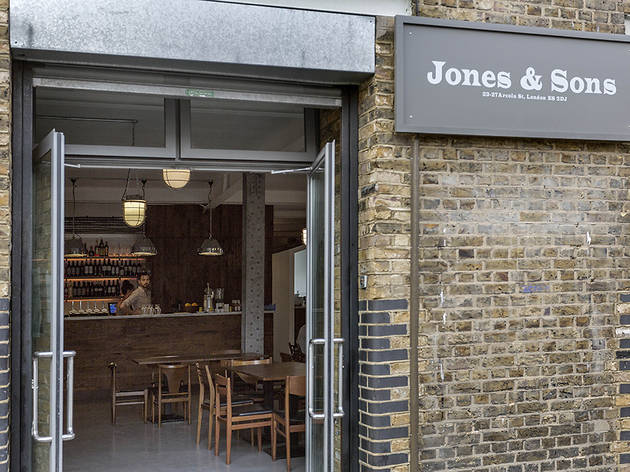 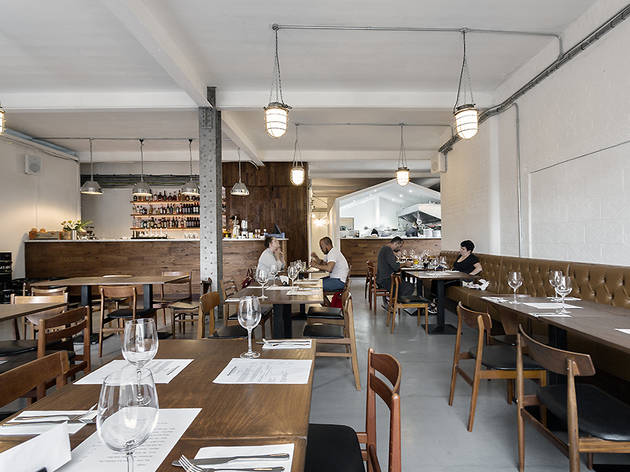 This spot on Arcola Street used to be home to the theatre of the same name until they had to leave in 2011. Two years on, a not-for-profit arts promotion organisation (called Cell Project Spaces) have taken the building on, and the theatre area is open to the public again as this 50-cover restaurant.

A lot of thought has gone into the look. It’s undoubtedly on trend – as are the well-coiffed staff and diners – but it’s also understated.

Set back where the stage used to be, the open-plan, bright white kitchen is built into what looks like a house-shaped theatre set. Industrial ship lamps hang from the ceiling, brickwork is exposed, and mismatched chairs have Scandinavian charm.

The Modern European menu is well-considered and well-priced. Beef carpaccio was subtly perfumed with white truffle; seared scallops are dressed with samphire and light lemon zest purée; steaks are char-grilled. Each dish was attractively presented, but much of what we ate was under-seasoned.

We’ve no complaints about the drinks list though. Craft beers from London breweries – including Kernel and Meantime – are on offer, the coffee’s from Monmouth, the wines reasonably priced, and they can mix a mean dirty martini.

It wouldn’t take much for this Dalston brasserie to go from decent to a real destination. Supplying salt shakers would be a good place to start.