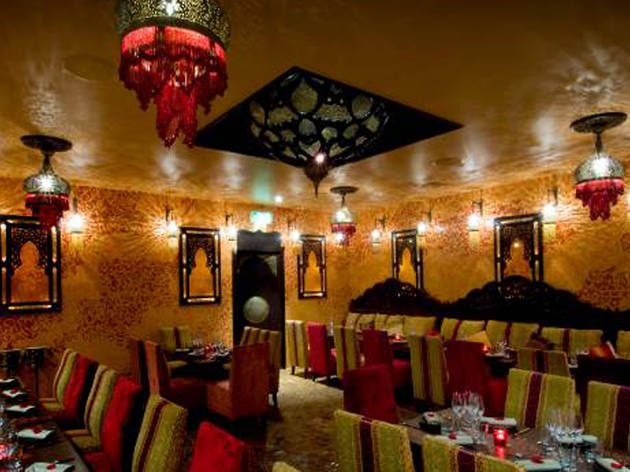 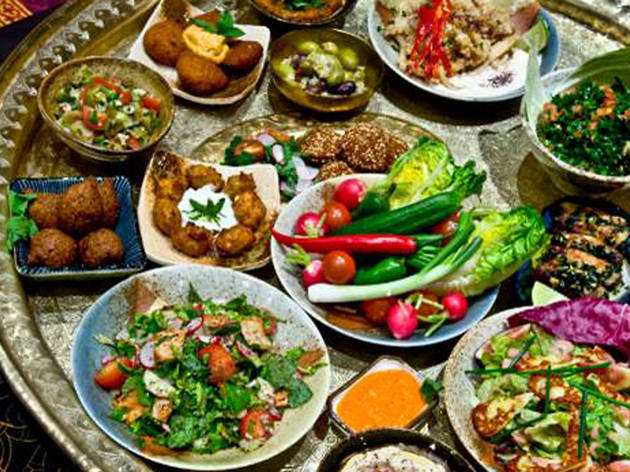 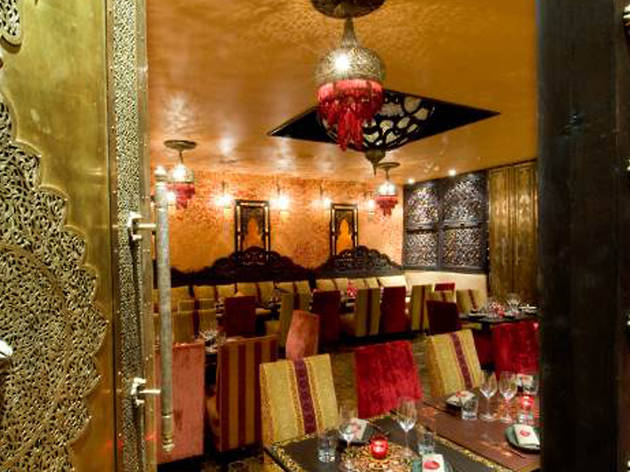 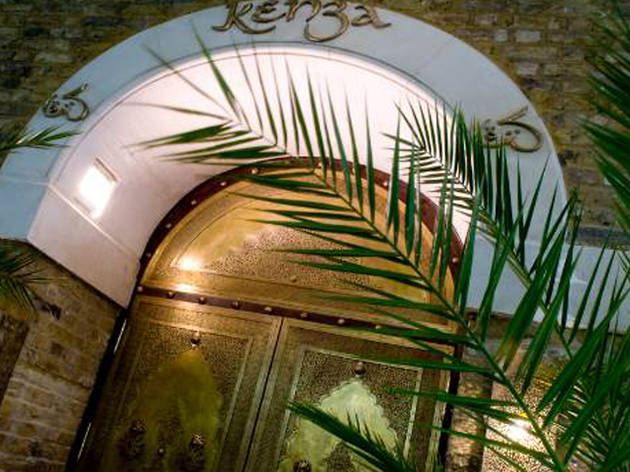 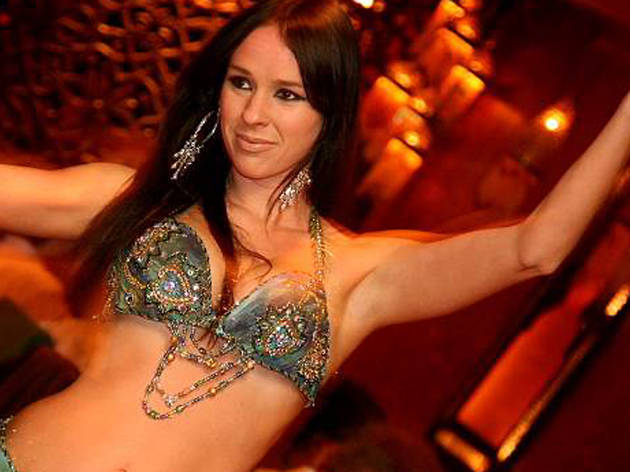 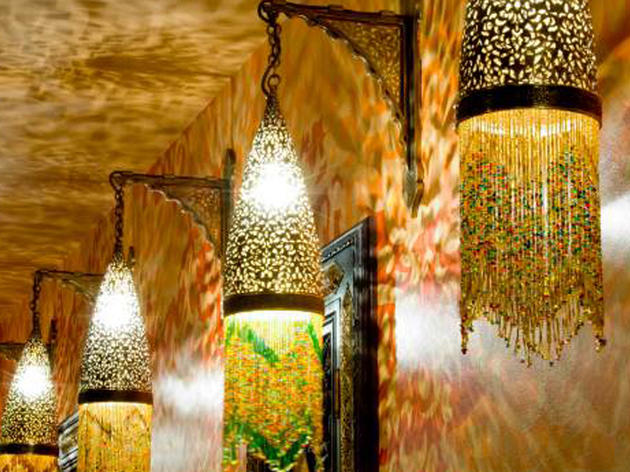 A palatial Lebanese restaurant in the heart of the City.

A little known fact: Tony Kitous’s cheap and cheerful Middle Eastern franchise, Comptoir Libanais, set up shop two decades ago, but it also has an older, more seductive sister. Hidden just off Devonshire Square, Kenza is flanked by a bodyguard (with possibly the sweetest security gig in the city), flickering flames and an entrance that’s more Arabic nobility than your average Liverpool Street alley. Leave London cynicism behind and let yourself be wooed by the twirling mosaic-covered staircase and rose-petal-scattered water features, as it leads down to a dining space that you may genuinely struggle to leave. A dark wooden lattice divider separates the bar and restaurant areas, which are fashioned like an upmarket souk, with striped silken furnishings and twinkling Moroccan lanterns. It’s just the right level of opulent-kitsch and on our Saturday night visit was packed with chic, merry groups of all ages.

More arrived as soon as we scooped up the last of the dip holy trinity: sautéed potato chunks topped with spicy red pepper sauce, heady, herby falafel and kibbeh filled with aromatic lamb and pine nuts. Mezze passed with flying colours and a long wait for our main was allayed by the arrival of complimentary Beiruts, a twist on a lychee martini. That and the fact that the music was turned up for the four belly dancers to wind between tables (both Friday and Saturday nights include early and late sessions).

Then came the mashawy, which obliterated any memory of sad holiday buffet mixed grills – instead it was all tender cuts of meat, seared to crisp on the outside and juicy on the inside. Vermicelli rice was appropriately buttery and extra harissa matched the punches pulled in the mezze selection. For £37.50 per person, it’s a lot to get through (and that’s even before dessert arrives), so come ravenous, or expect to take some home with you.

With the kind of heavy pop soundtrack that will get you into a partying mood, you could easily go to Kenza and stay dancing. One woman, who must be the embodiment of Kenza herself, was grooving for the entire three-hour dining slot. You’ll want to book a booth if you’re after a more secluded, quieter night. My advice? Beg, borrow or steal to find a reason to cut loose.