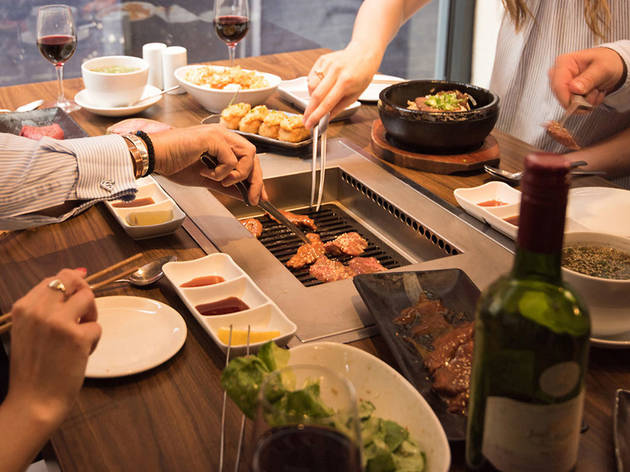 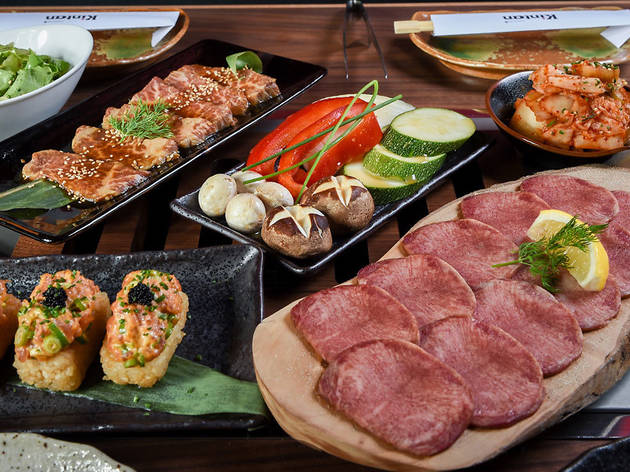 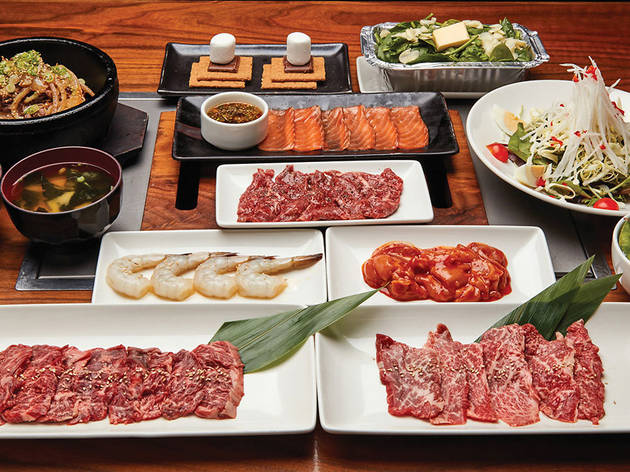 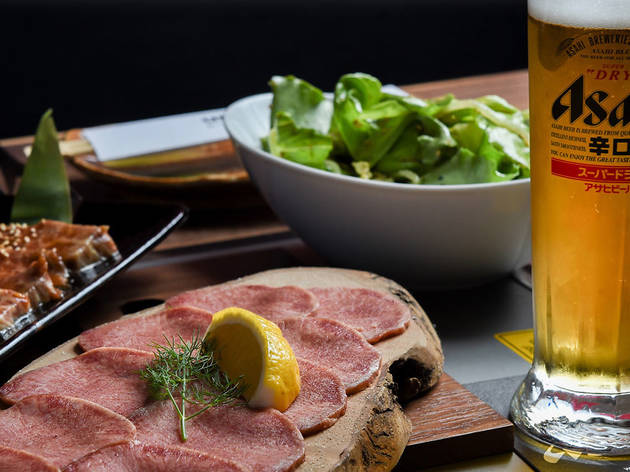 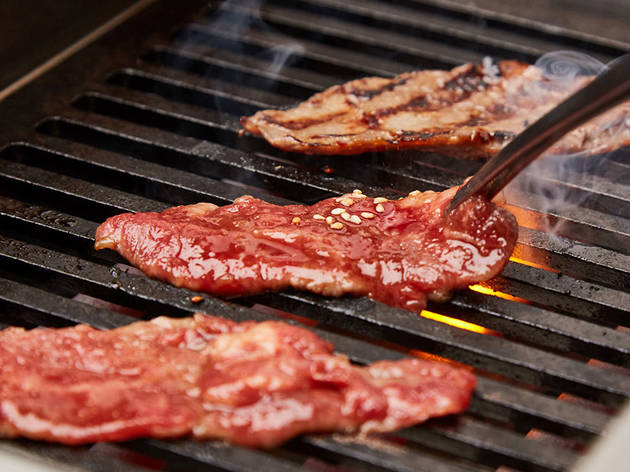 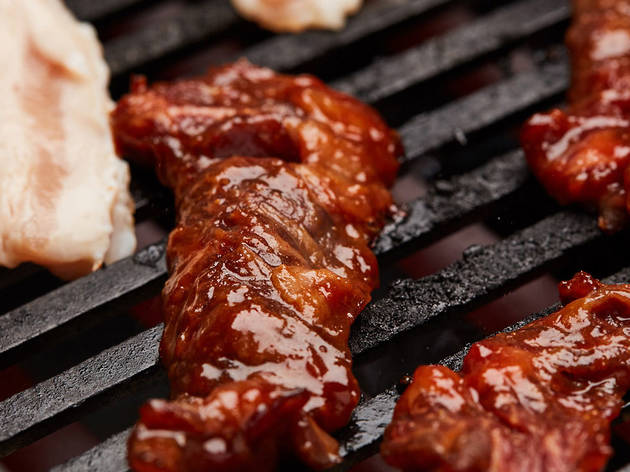 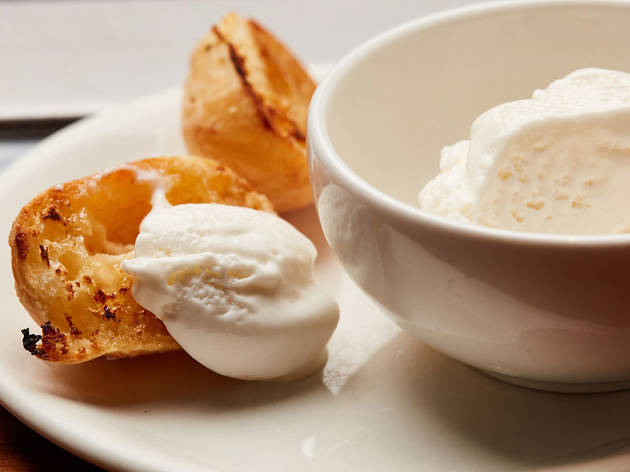 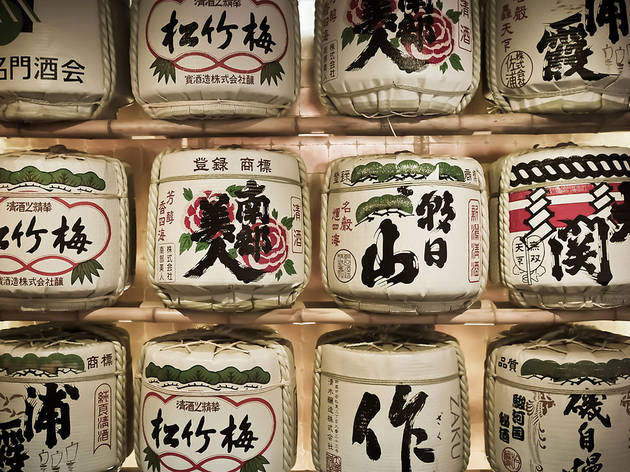 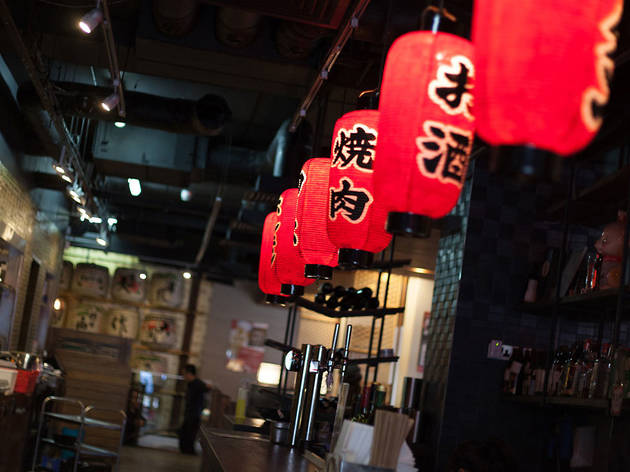 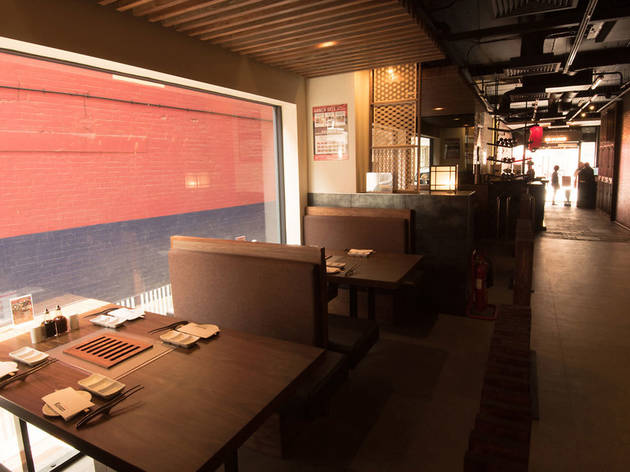 A yakinuku restaurant in Holborn, where you grill your own meal at the table.

High Holborn is not short of places to eat, but Kintan, a pair of large rooms containing what claims to be London’s first dedicated ‘yakiniku’ restaurant, is a welcome addition nonetheless. Yakiniku is Japanese for grilled meat, and the Japanese version is adapted from Korean barbecue. It’s all DIY here: they bring you a small plate of lightly marinated fish or meat and you cook it on an electric grill sunk into table, Korean-style. The lunch set also includes rice and a cup of miso soup to start.

A meal of this kind is only as good as the ingredients it begins with, and here the ingredients were up to snuff: we had prawns and chicken thighs, and both were expertly marinated, each in its own marinade. The rice could have done with a little more al dente bite, but at £13 (it would be £17 with three meats) this was an eminently satisfying light lunch. Had we wanted something meatier, we could have chosen from a list that also included pork belly, beef skirt and short ribs among other things.

But you should consider letting the cooks do the cooking for you. Tofu chigae (a Korean stew served in a savoury broth) was well executed, piping hot, and ample in portion. So was sukiyaki bibimbap, the famous Korean rice dish here served with flavourful beef and just the right amount of chilli-heat. Perhaps the best dish of all was what they called ‘spicy addictive cabbage’, a Japanese-style version of the more familiar Korean kimchee, but with a shorter marinating time leaving crunchier cabbage and a cleaner, fresher edge to the chilli-rich flavours.

Kintan is part of a small international chain, with branches in Hong Kong, Jakarta and Tokyo. Perhaps it’s the international outlook that has led them to pay such careful thought to décor, which is wood-dominated but manages to combine a traditional with sleek modern touches, especially in the lighting design. For many people, however, the decorative highlight is the single wall of saké jars. The low-cost lunch options attract local office workers. If you’re in the area in the evening, the dinner sets (from £29.50) are reasonable by comparison with other Japanese places in the West End.