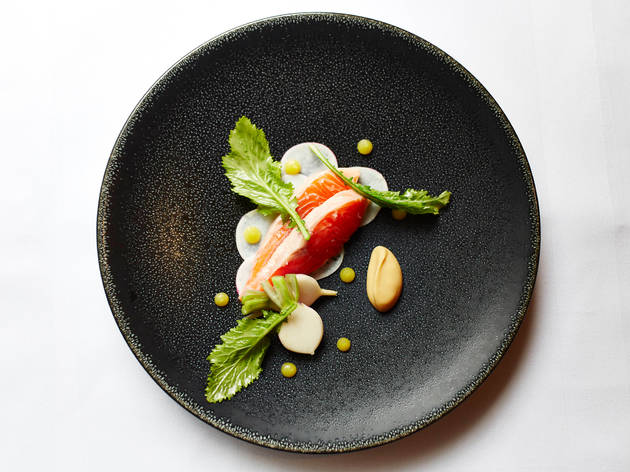 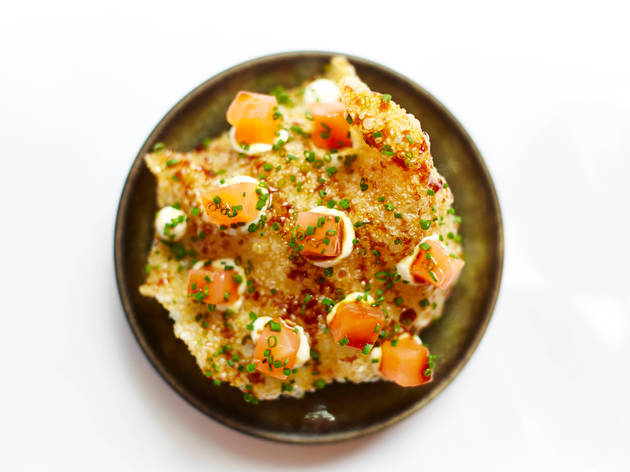 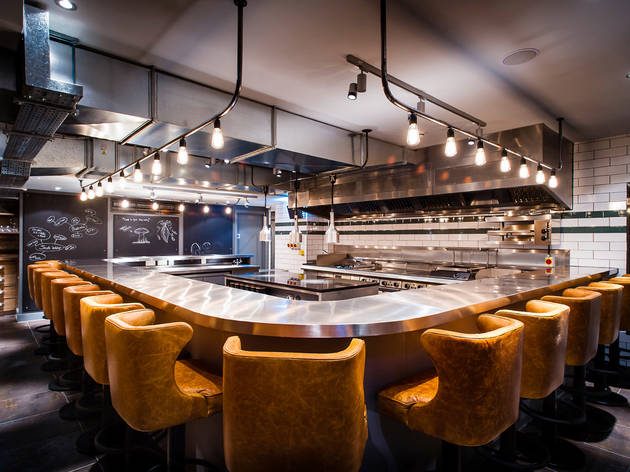 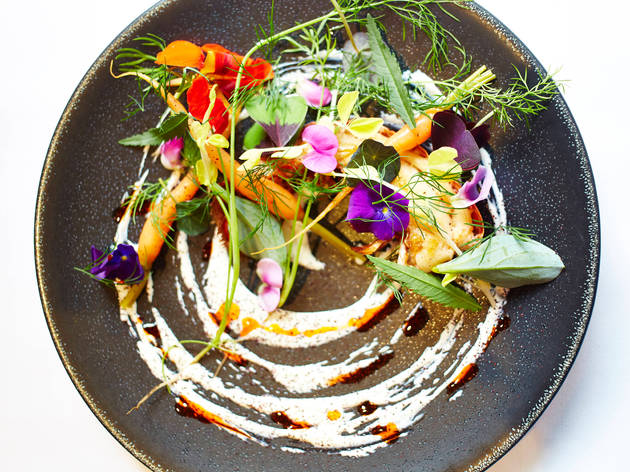 First things first. This isn’t any old kitchen table. It’s a table in a restaurant kitchen. And it’s not even a table. It’s actually a U-shaped counter. One that you’ll find down in the bowels of hip Fitzrovia champagne bar Bubbledogs (which teams fizz from indie growers with gourmet hot dogs), with a small but serious professional kitchen at its centre.

But don’t be thinking you’ll find any dogs here: Kitchen Table is a completely different pooch. We’re talking a no-choice line-up of modernist, meticulous, micro-sized plates of food, each more dazzling than the one before. The menu is intentionally enigmatic (they email you the details afterwards), with one-word descriptions like ‘oyster’, ‘chicken’, or ‘gooseberry’. Which might in fact be oyster with a delicate elderflower granita and drips of smoked oil; a finger sarnie of chicken skin with nobbly bacon bits and a rosemary-infused mascarpone (like a pimped club sandwich); or yoghurt parfait with a sharp gooseberry coulis on a frozen plate. Which also had chewy ‘green’ (aka unripe) almonds and flecks of spruce. Because everyone needs a bit of fir tree in their pud.

But despite the high-falutin’ cooking, it’s neither formal or hushed. In fact, perhaps the best thing about Kitchen Table, other than the two-Michelin-starred food, is the setting. Somewhere between log cabin and warehouse (industrial girders, rustic wood, leather), the air is thick with rocking tunes and plenty of smoke. Plus a team led by Noma-trained James Knappett, a star chef actually cooking in his own kitchen and talking to his guests.

Be warned: the bill will make you cry, but for something seriously special, and very cool, it’s worth it.