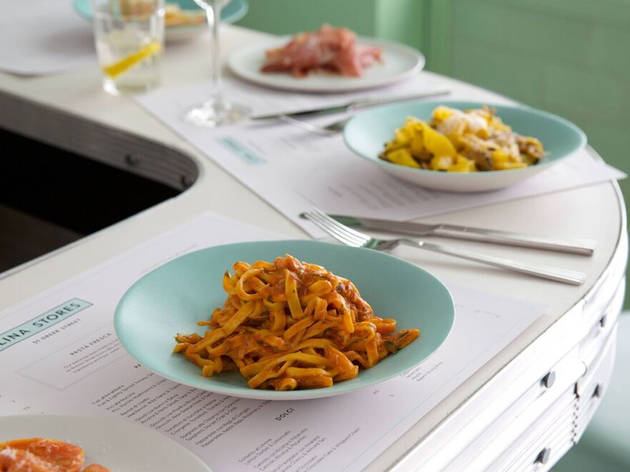 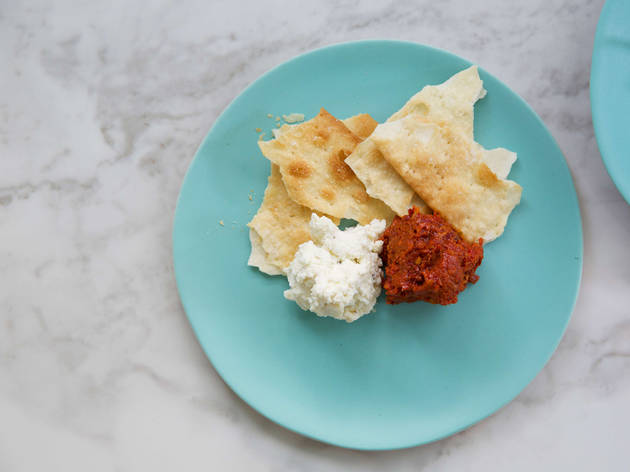 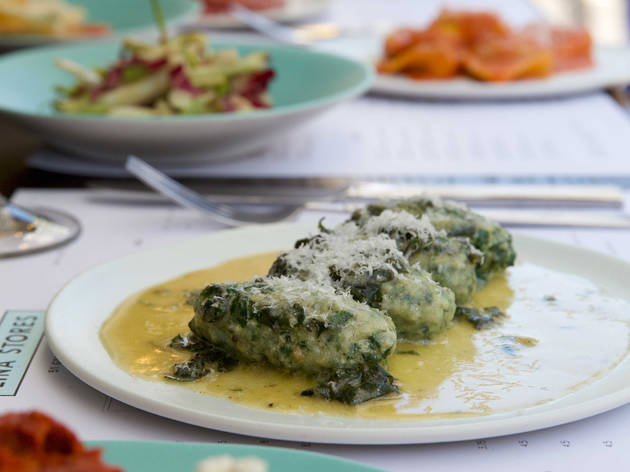 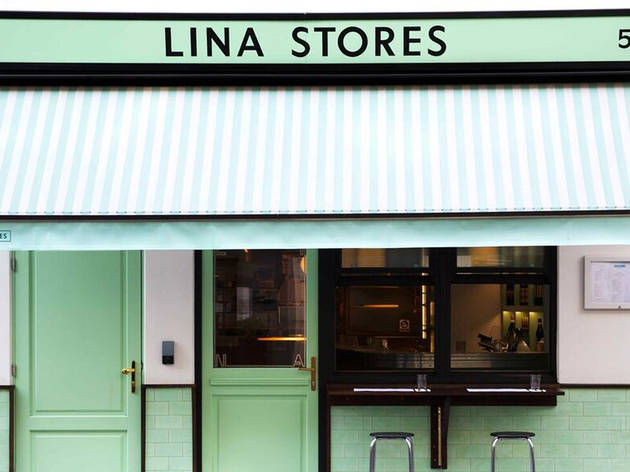 A restaurant proper from the celebrated Italian deli.

Only 75 years after opening its food store and delicatessen, Soho’s Lina Stores has launched this restaurant proper. Perhaps unsurprisingly, given the iconic status of the deli, or because of the capital’s ongoing obsession with ‘small pasta plates’, it’s become an instant cult hit. And it’s walk-ins only: expect to queue.

Also expect buzz: bags of it. At street level, it’s a cramped counter-only room, hosted by possibly the most charismatic man in Soho. The more trattoria-esque downstairs smelled distinctly of damp, but if you can get over that it’s jolly and flatteringly lit. Staff were friendly but inattentive.

You’ll need to order carefully. The pasta (what the deli’s best known for) is Lina’s strongest suit. There was nicely al dente pici (hand-rolled, worm-like) in a creamy porcini mushroom and Umbrian sausage sauce, pappardelle with rabbit ragù, or my favourite: a cosseting plate of herb gnudi (ricotta and semolina dumplings). But the lumache (shell) had been overwhelmed by ’nduja, turning it all into a sticky, one-note mess.

As for antipasti and puds, they were cheap, but pedestrian and forgettable. So stick to the pasta (most of it, anyway) and sit at the counter.

Leave your number at the door, go for a drink nearby and work up an appetite for fresh silky pasta, gorgeously handcrafted antipasti and decadent puds that'll push your waistband to the very edge of its elasticated limitations. Start with the smack-bang-wallop n'duja, which is perfectly married with the creamiest ricotta I've had in a long time and perfectly suited to the sourdough toasts that accompanied it and bag a serving of the aubergine & San Marzano tomato polpette at the same time. Rich & dark, these are a cracking snack to enjoy with a bottle of condensation heavy, very welcome, very cold white wine.

Pasta wise, rabbit pappardelle sounds like it'll be a dream come the frosty winter months and I've always got room for the likes of salami & fennel and Parma ham & Amalfi lemon but on a blazing summer's night, spaghetti with Dorset crab, chilli & lemon was the only way to go. Lightly fragrant & immensely flavourful, this is a dish to sit alongside Padella's cacio e pepe and Pastaio's sausage malloredus as one of London's very best & truly queue-worthy pasta dishes.

Plates arrive with prompt smiles and are satisfying but not gut-bustingly portioned meaning hurrah! There's room for dessert! The cannolo is luxurious, creamy & laced with pistachio flavour but it's the chocolate tart that'll have you unashamedly fork duelling over the last damp squidgy crumb.

Small & intimate, the downstairs dining area is fashioned out of the walls like a Lilliputian rock grotto...it felt like we should have been eating candlelit on the banks of an underground river cave. I might hold out for seats at the ground floor bar next time though as, for all the cosy charm of the 50-seat restaurant, it was very hot and exceptionally noisy. I'm all for a buzzing atmosphere and I love the bustle of somewhere that's clearly enjoying a moment in the sun but when you find yourself having to lip-read your dinner companions, some of the appeal is most definitely lost so my advice would be to enjoy a long lunch hour, perch yourself at the bar and revel in the newest place to revel in la dolce vita.