Recently, it seems that everyone wants to either a) go on holiday to Lisbon or b) move to Lisbon. But while we’re making those grand plans, we can get a slice of sweet Portuguese life right here in London. Enter: Lisboeta.

Portuguese chef Nuno Mendes, best known for his work at Michelin-starred Chiltern Firehouse, has returned to the kitchen with a swanky new restaurant that celebrates his homeland’s cuisine. On the ground floor, there’s a long counter bar with warm wooden accents and a big open-plan kitchen where all the fire action happens. We were sat on the more relaxed upper floor. There was a frame wall with teal wood panelling and a shelf just for plants. Basically, it was a Pinterest interiors board come to life.

We kicked off the meal with some snacks and charcuterie: a board of beautifully marbled, melt-in-the-mouth copita slices that belonged in the Tate; two dainty, delectable pieces of morcela blood sausage and razor clam on toast; and a Goan-spiced pork pie that was a flaky, crumbly beauty, but could’ve done with more heat. But so far so good.

I’m told that the petiscos – seasonal Portuguese-style small sharing plates – are created from produce brought straight from the seas and shores of Portugal. The bacalhau (salt cod) was adorned with a comical number of shoestring fries, which made me giddy like a schoolchild. The fish was mixed with hunks of slowly braised caramelised onion that contributed to the hearty and warming nature of the dish, with the mountain of salty potato giving it a delightful crunchy texture.

The piquant cured amberjack marinated with orange and onion provided an electrifying contrast to the previous dish. It was peppered with bright-orange zest and slivers of pickled onion, which brought out the rich butteriness of the delicate fish. And then there was the unexpectedly funky and powerful plumas de porco preto (grilled acorn-fed black pork), the tender meat served in a pool of fermented red pepper paste with a grilled romaine lettuce.

Next, blackened celeriac and cauliflower in a wild-garlic-and-coriander sauce. It was a good dish, but forgettable and overshadowed by the knockout snacks and petiscos. I’ve never met a potato I didn’t like, but the side of smoked charlottes was disappointing. They were a touch on the hard side with an overpowering smokiness.

I picked up the bowl and drank every last drop. The waiter laughed at me

Despite verging on being uncomfortably full, we ordered the abade de priscos dessert. I’m so glad we did, because it was absolutely sublime and one of the best things on the menu: a blob of cold, silky, eggy custard paired with a sharp and fruity red-and-white port liquid caramel. After shovelling it down and fighting over who should get the last bit, I picked up the bowl and drank every last drop. The waiter laughed at me.

Special shout-out to our waitress Sabrina, who did an impeccable job of explaining dishes, and sommelier Montserrat who expertly paired the all-Portuguese wine list with our order, starting with light and fruity white Vale Dos Ares and moving on to the heavier and smoother Morgado do Quintão red from the Algarve.

Before our meal even finished, my pal and I were scanning the menu for our next visit, picking out dishes we didn’t have room to try this time (I’m looking at you red prawn and razor clam rice). Mendes’s food is rustic in the best sense. The plating is simple, unfussy and sometimes looks thrown together, but that’s how you can tell he is a chef who likes to eat as much as he likes to cook. Who needs cheap Ryanair flights when we have Lisboeta on our doorstep?

The vibe A casual, relaxed and buzzy place where you can pretend you’re on holiday.

The food The greatest hits of Portugal.

The drink Strictly all-Portuguese wines from different parts of the country. The white port and tonic cocktail is a lovely, light fizzy number.

Time Out tip Order the bacalhau and grilled acorn-fed black pork. You’ll be licking them off the plate. 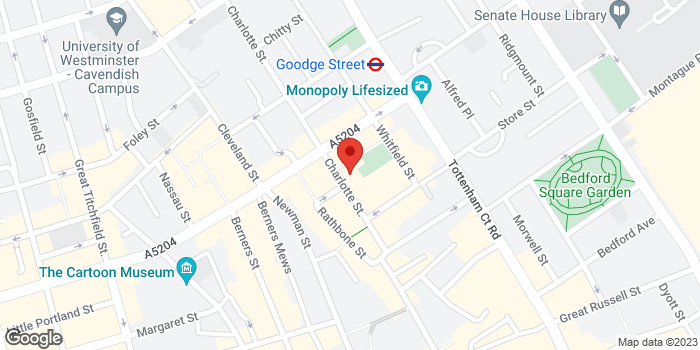