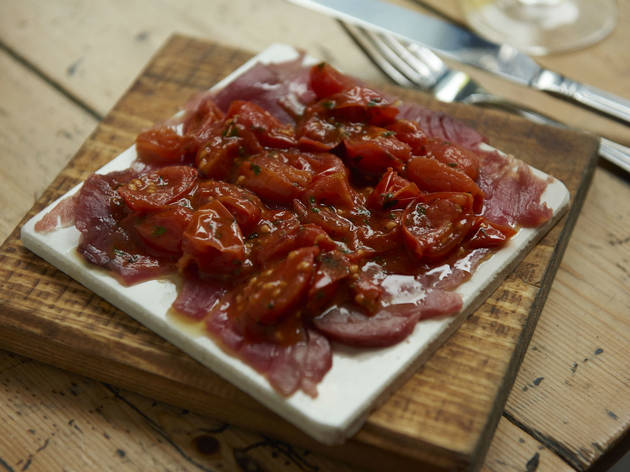 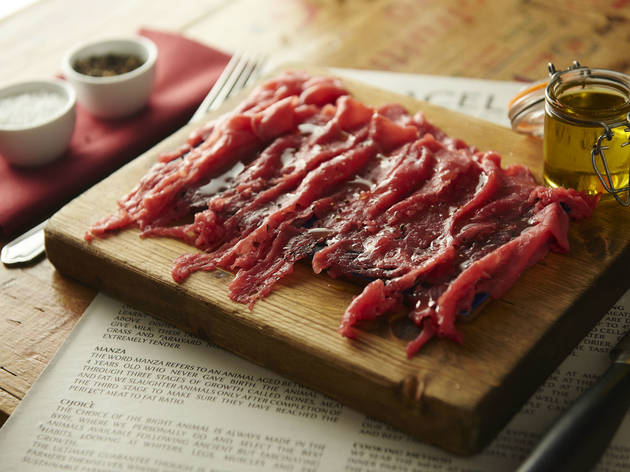 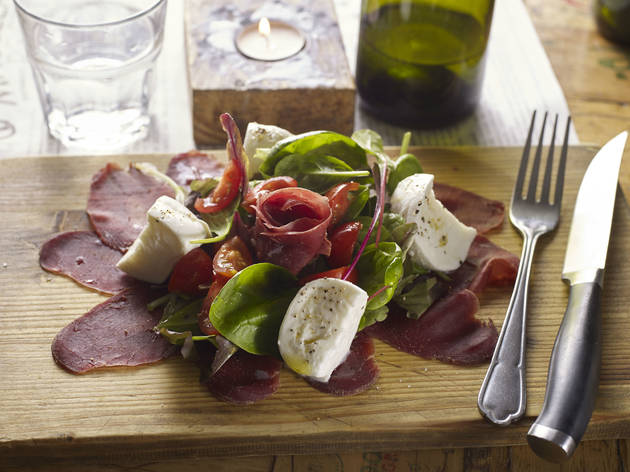 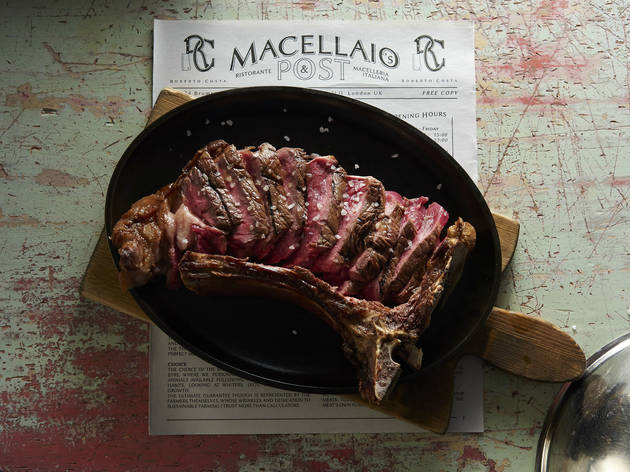 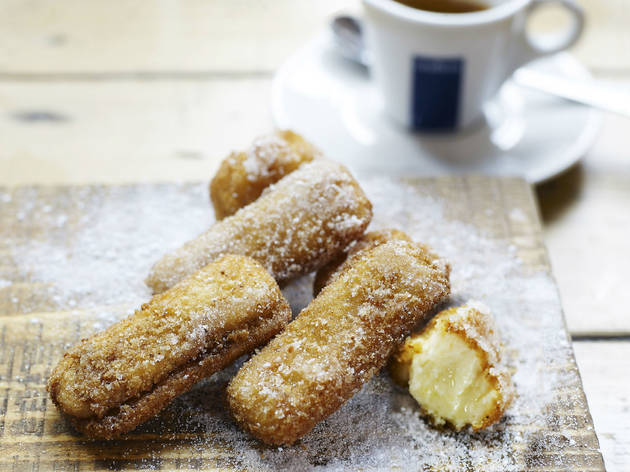 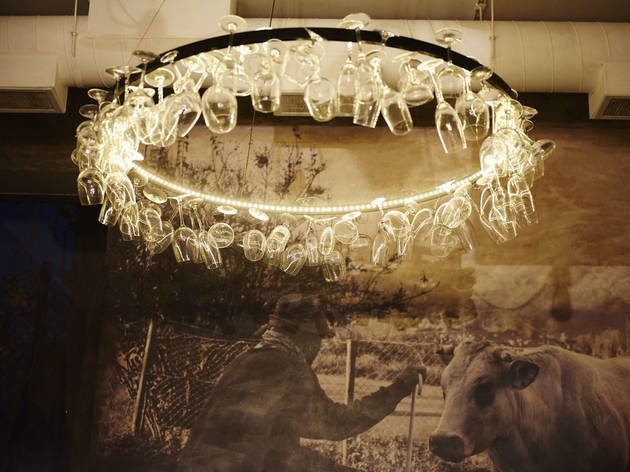 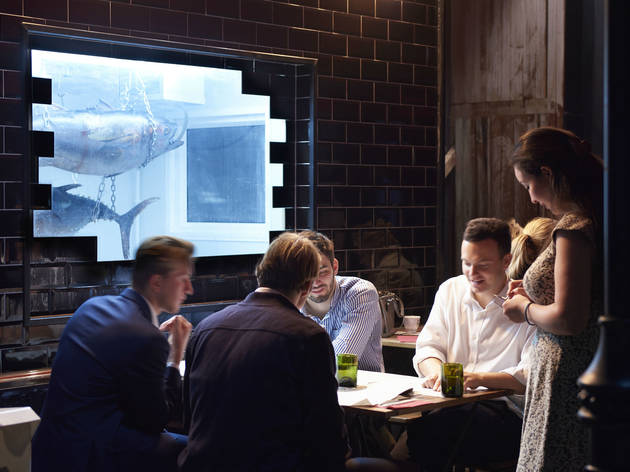 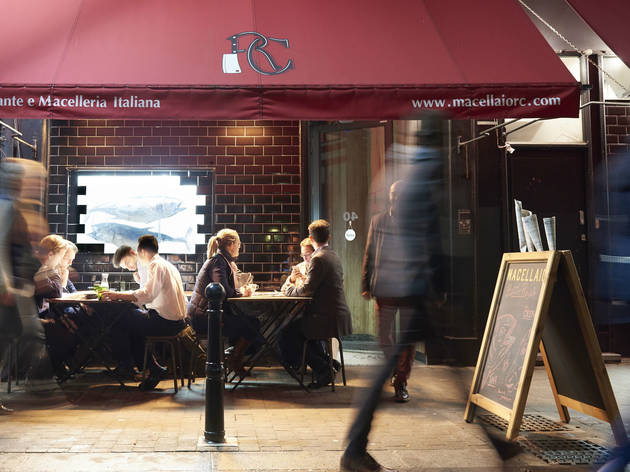 An altar to steak and tuna on Exmouth Market.

Here’s a challenge: try to find the naff retro phrase ‘surf and turf’ on the menu of this high-concept Italian tuna-meets-beef restaurant now occupying the former site of Medcalf on Exmouth Market. Okay, I’m joking, but you can imagine the lively folk behind this second branch of a quickly expanding Italian chain rolling their eyes at the kitschy term. Truth is, though, surf and turf is what they offer: they’ve reinvented the wheel by building their intriguing menu around bloody cuts of tuna and beef and encouraging diners to mix the two. Their big idea is that tuna are the cows of the sea (both being red-blooded and, er, tasty), so naturally they should live on your plate together.

Never mind the waffle, taste the food. The ingredients are king here, and the enthusiastic, extremely helpful staff are rightly proud of them – so much so that they’ve hung their dry-ageing tuna and beef in the double-fronted windows of this onetime butcher’s shop and they excitedly show off the raw elements of your meal before cooking them. Their excitement also includes dramatically stabbing a sharp knife into the wooden table before serving – so, yes, you do have to endure a fair bit of theatre before getting to the main show. Luckily, the show is worth waiting for as it involves a timeless double act: bloody fish and meat, cooked with rare care. The sirloin, offered in three different weights, comes in small, lightly-charred, extremely soft shareable pieces. The bluefin tuna reminds you it’s a crime to eat it any way but near-raw. If vampires lost their taste for humans, this is where you’d find them hanging out, skipping the overly fussy starters and alternative main courses (pears on my steak? No thanks) and going in for the kill. Bloody good.