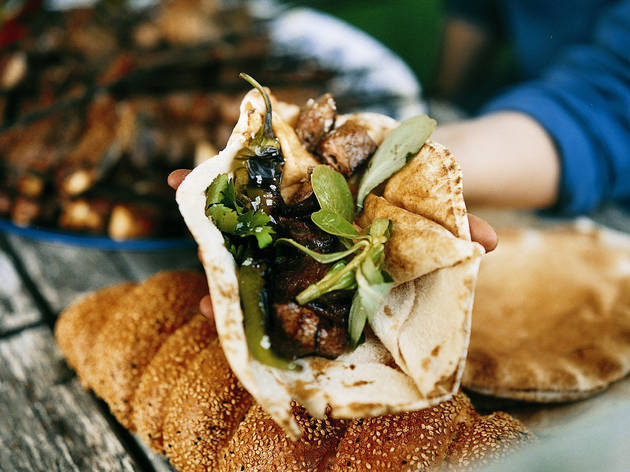 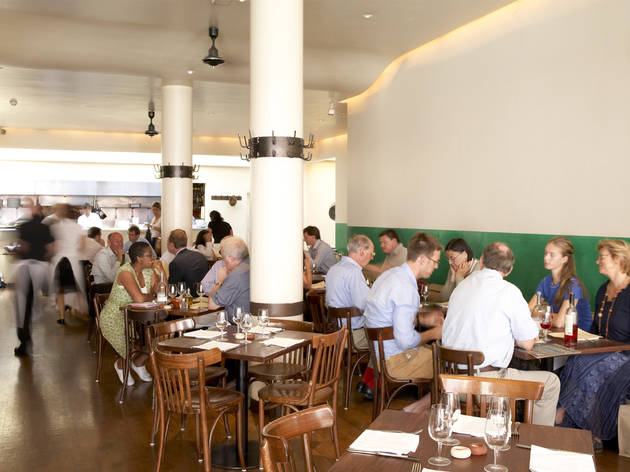 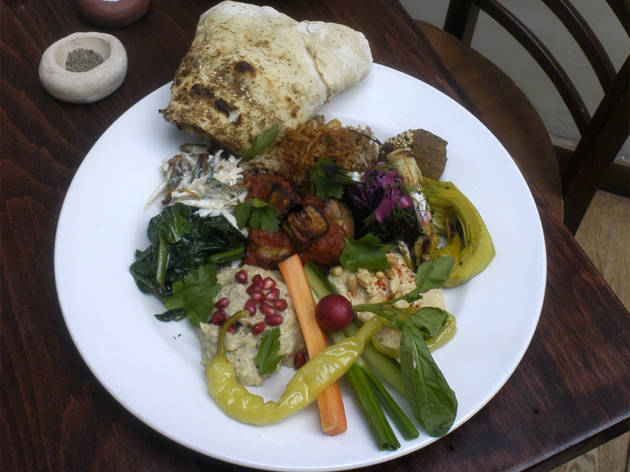 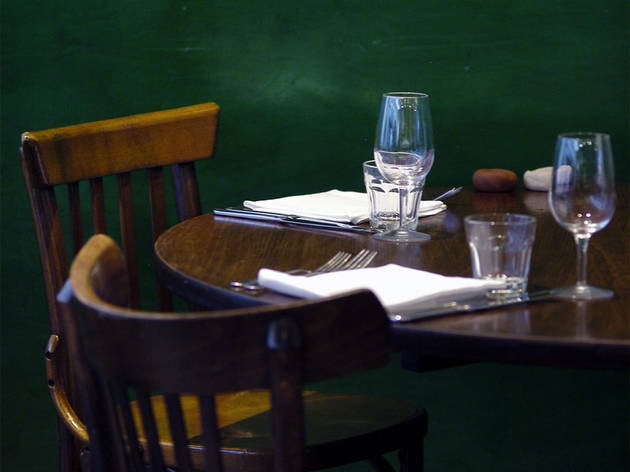 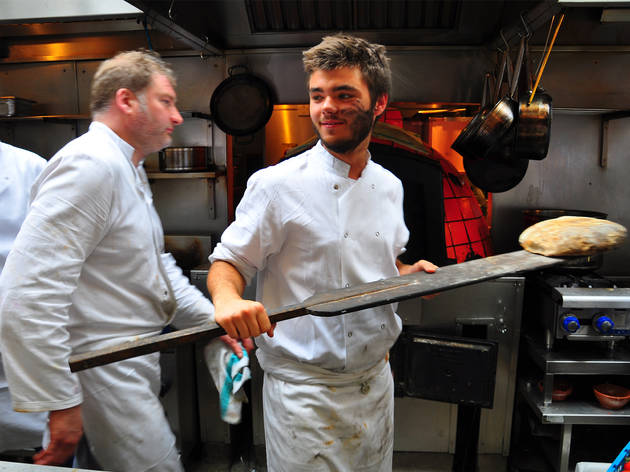 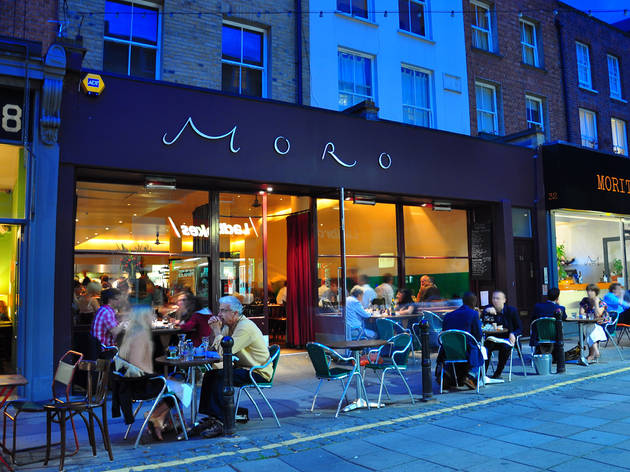 This Exmouth eminence set the benchmark for distinctly British Iberian-with-a-North-African-twist Mediterranean cooking, and it's still in the front rank.

Sam(antha) and Sam Clark’s Exmouth Market restaurant and cookbook set the benchmark for a distinctly British style of Iberian-with-a-North-African-twist Mediterranean cooking, and they’re still in the front rank 15 years later. Devotees (including many affluent older diners as well as the fashionable of Clerkenwell) forgive its quirks, like the difficulty in getting a table, and the noise level produced by the hard-surfaced, vaguely post-industrial decor, which often means conversations must be conducted at a shout.

In return, they get bright, attentive service; a spectacular showcase of modern Spanish and Portuguese wines; and vibrantly fresh food that throws out surprising and pleasurable flavours at every turn. Chickpea salad with cherry tomatoes, dill and deep-flavoured morel mushrooms, and prawns, braised peas and wild garlic on toast were memorably unusual starters. Wood-roasted pork was offset in flavour and texture by an amazingly fresh hazelnut picada (like a nut pesto), and chargrilled trout was cleverly balanced by lemon, capers and a bitter note from hispi cabbage.

Our only complaint would be that some elements were a little too oily: the olive oil is first-rate, granted, but it can still be over-used. But palates were cleared by an exquisitely sybaritic blood orange and rosewater sorbet.