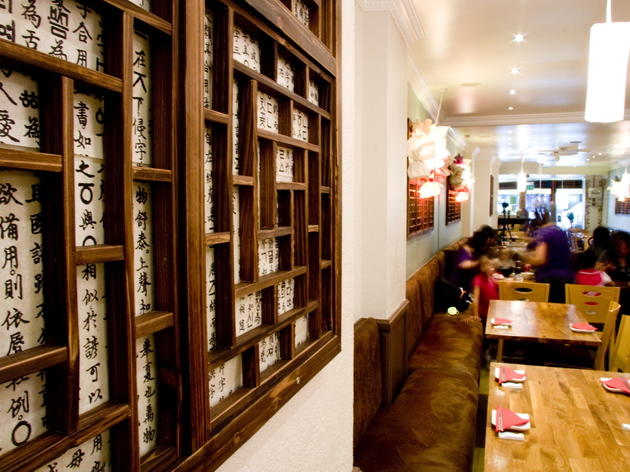 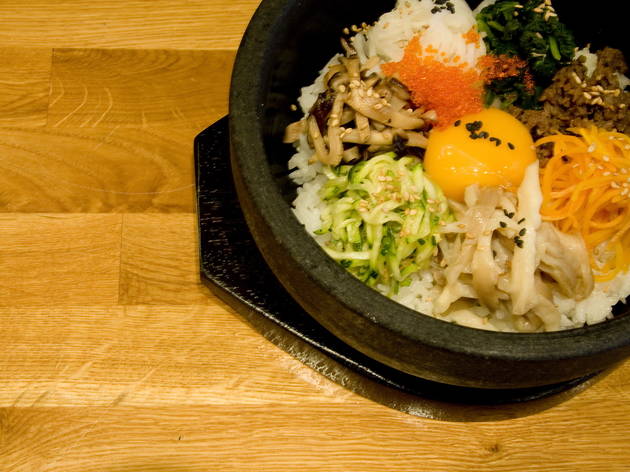 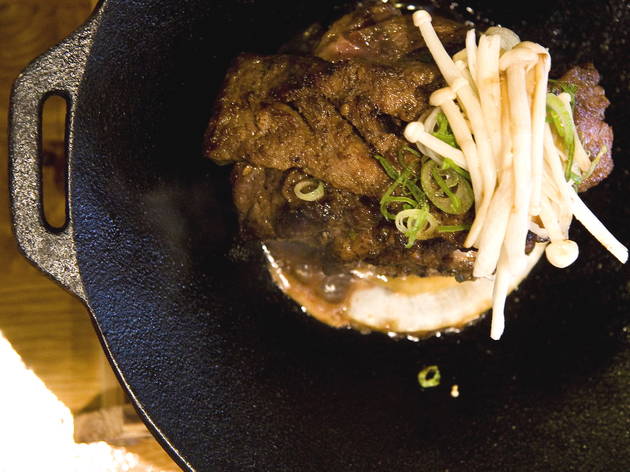 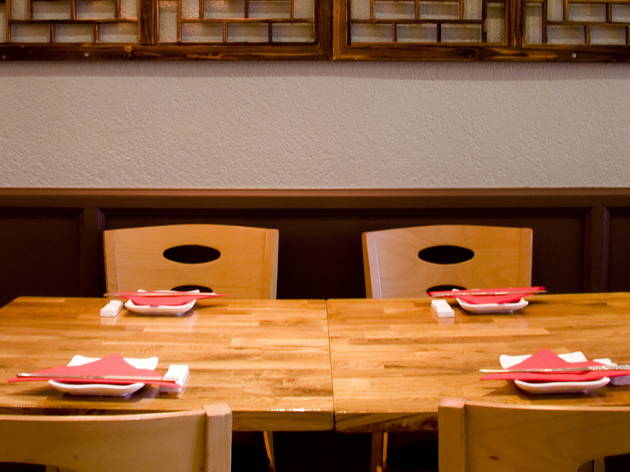 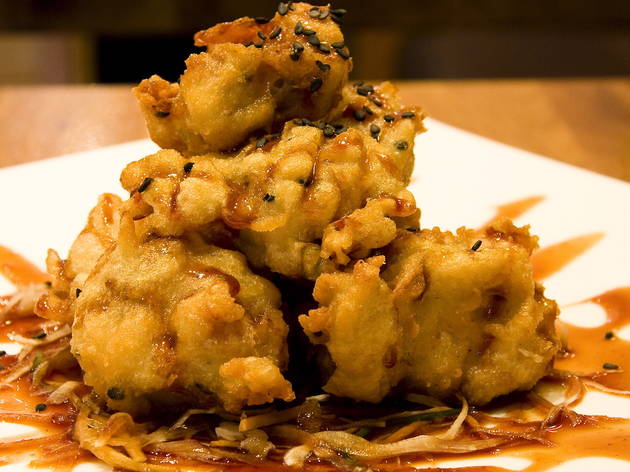 Naru puts more emphasis on cheffy presentation than most Korean restaurants, with zigzagged sauces and stacked ingredients. It’s not a matter of style over substance, though – this is a solid venue for quality Korean classics, with a few innovative touches.

Conspicuously absent from the dining room, which is adorned with wood-framed Hangul calligraphy and paper lanterns, are any table-top barbecues. Instead, the meat and seafood are grilled in the kitchen, then brought sizzling and succulent to the table. The kalbi beef in our set lunch arrived medium-rare. Served on a portable brazier, it continued to cook in its delicious sweet and savoury juices, along with a thick slice of sweet onion. The result? Some of the best kalbi we’ve had in London.

The lunch also included miyeokguk, a nutritious broth packed with seaweed, as well as sticky rice, crunchy spinach with sesame namul, and lightly pickled radish kimchi – for £13.50. Japch’ae, filled with colourful veg and topped with shredded egg white, was deep and earthy in flavour, and came with less sesame oil than you tend to find elsewhere. Unusually, barley tea isn’t available, though Korean beer is.

The Korean fried chicken managed to be so tender and juicy on the inside, super crispy on the outside (double fried I’m sure) and sweet and spicy in the sauce it’s tossed in. Divine. The tteokbokki (rice cake noodle) was perfect as well.

Very poor service in general, food took over an hour whilst the restaurant was practically empty, some food came out burnt, the waitress didn't understand that wine bottles with corks need opening, and the responses overall from the staff was unapologetic. I'm simply astonished as Timeout for London usually provides an excellent and robust guide for London restaurants. I had been here before although it was some time ago, and the standard has dropped dramatically, and for a London restaurant the service was very poor. Compared to other Korean restaurants, although some of the dishes were well which was the only marginal positive, this is now a definite miss.

In search of Korean food this Monday, I happened across Naru (the classic Korean row near Tottenham Court Road having been sadly swept away in preparation for Crossrail). I would definitely recommend for a casual catch-up with friends - as the review below mentions, the decor is a little tired - but this is definitely compensated for by a great menu. I had the beef bulgogi, which was beautifully cooked and flavoured.

Does exactly what it says on the tin. Great value, great tasting food centrally located. I haven't really experienced Korean food but this was now my second visit here and I had another great experience. The venue looks very tired and it has toilets that feel so grimy you feel dirty washing your hands down there. A lick of paint would really make the difference but at the end of the day its the great food, service and price that keeps people coming back.

Great service, menu is a bit bland compared to other more traditional Korean. However good non the less. Green tea is amazing presented. Sea food dishes need to be refined - to much sugar!