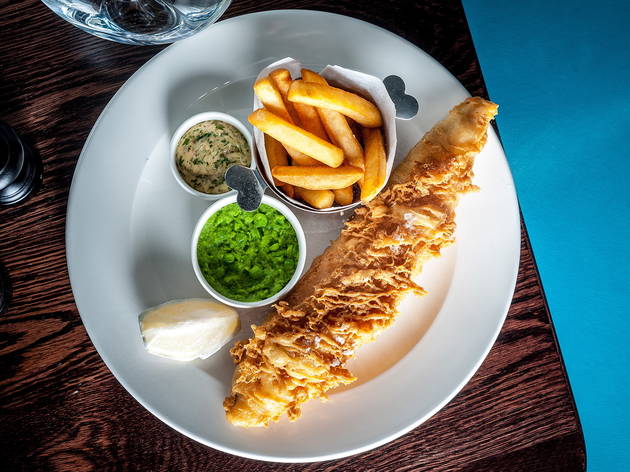 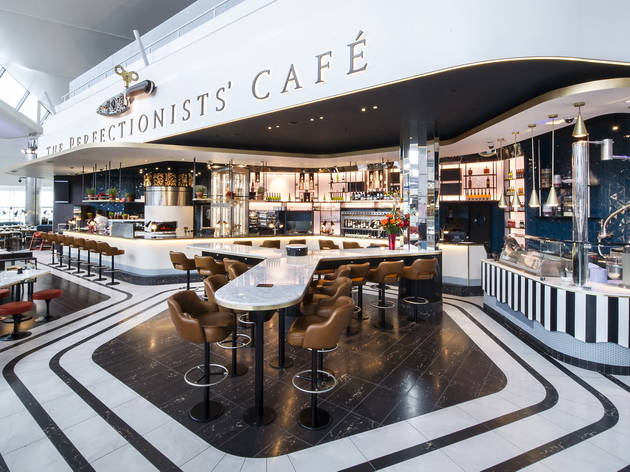 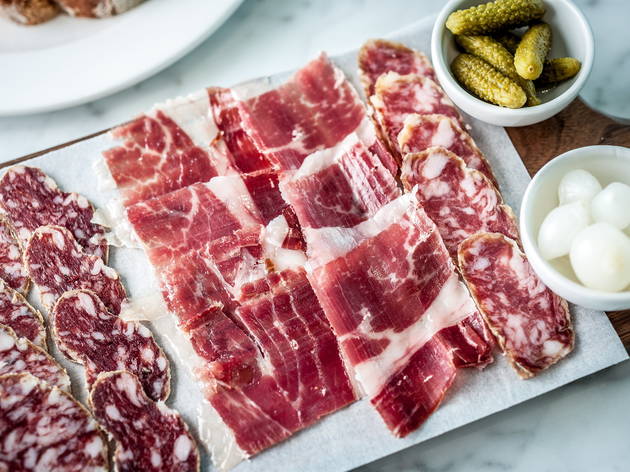 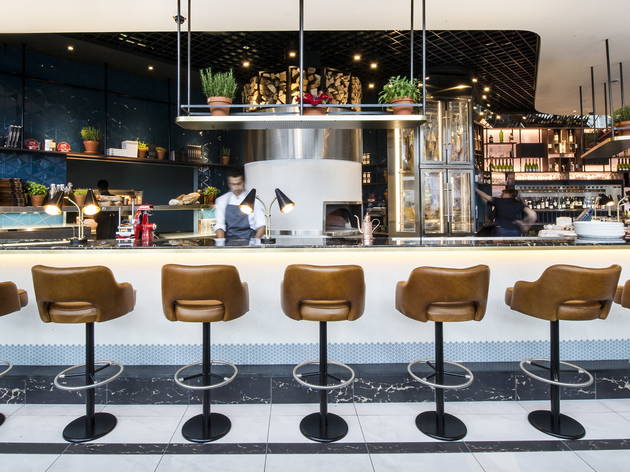 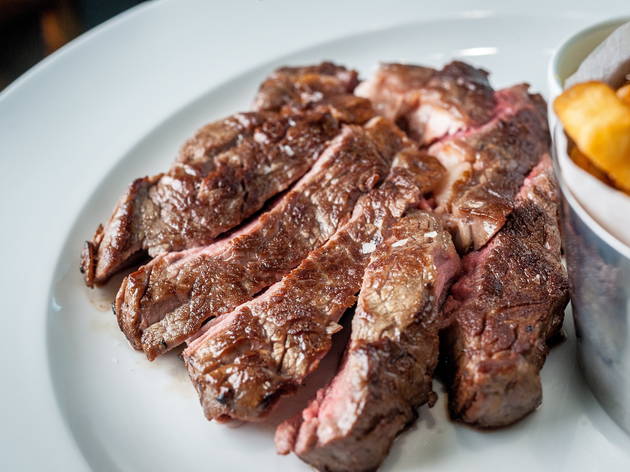 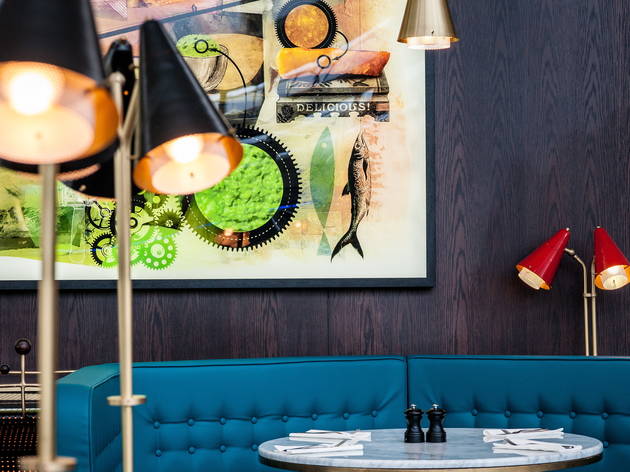 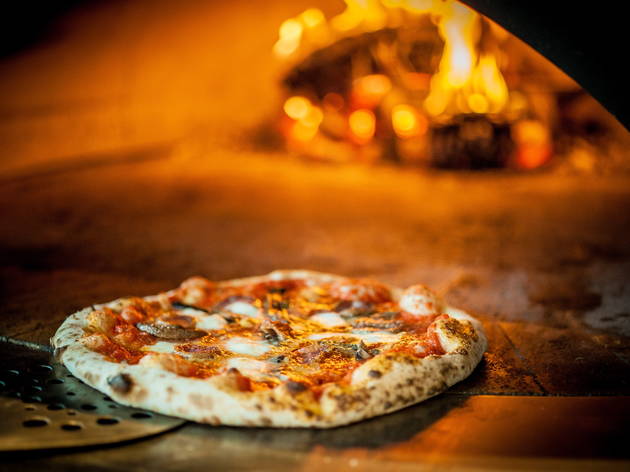 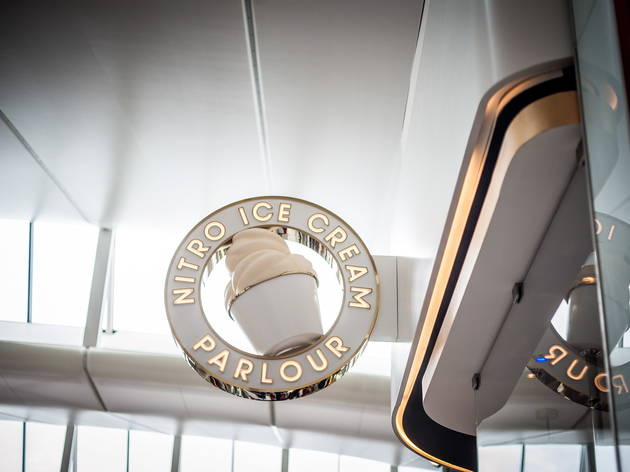 From brand Heston Blumenthal, this Heathrow Terminal 2 brasserie serves airport fast food such as pizzas and burgers, and is the best place to eat at T2.

Heathrow Airport’s Terminal 2 (aka The Queen’s Terminal) was rebuilt at cost of £2.5 billion, and reopened in the summer of 2014. It will become the principal Heathrow Terminal when demolition work starts on Terminal 1 in 2016. As part of T2’s refurb, the airport catering has been given a kick up the carousels. Of several good new options, Perfectionists’ Café is the highlight.

This smart shop unit is run by Heston Blumenthal’s catering company. The name reflects  Blumenthal’s TV series, ‘Search for Perfection’. Using the ‘perfection’ word in an airport brasserie is asking for trouble, but undaunted, Blumenthal’s team have created a menu of simple, approachable dishes such as pizza, burgers, steaks, fish and chips – the tourist fare that blights much of Blighty when done sloppily. But here, it’s done well.

Our pizza had a suitably crisp-edged yet pliable base, in the Italian style; while toppings were of good quality the tomato puree was too wet, making the base soggy, but it was enjoyable nonetheless. A burger was stacked so high it could cope with neither mouth nor fork, so it had to be deconstructed. If anything it was just a little too clinically perfect – the patty perfectly round and evenly textured, the brioche bun as shapely yet prim as an air hostess’s uniform. The chips were crisp and well-seasoned.

The best came last. A dedicated ice cream parlour sits on the right of the unit, so you can just sit and try and ice cream if you’re pushed for time. These ‘nitro’ ice creams are made using liquid nitrogen, blasted as it turns gaseous into the dairy ingredients, causing instant freezing. The result, apart from being great theatre, makes ice cream that is smoother than a pilot’s ‘welcome aboard’ spiel. No crystals, just frozen flavour, with many flavour and toppings to choose from. Sublime.

On our visit service was notably smiling and efficient. Before T2 reopened the best place to eat at Heathrow Airport was Ramsay’s Plane Food in Terminal 5, which opened in 2008; now, it has some competition.