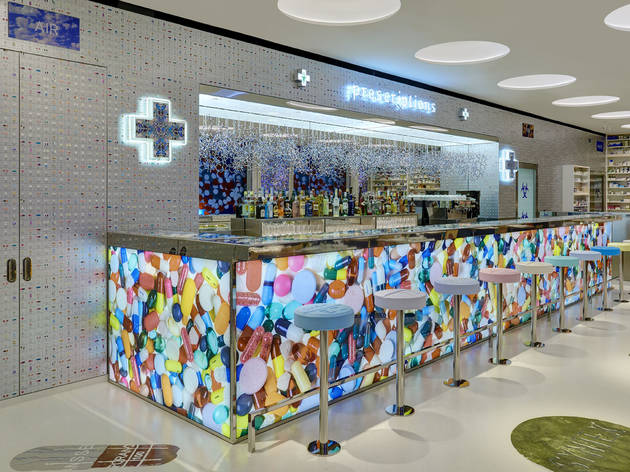 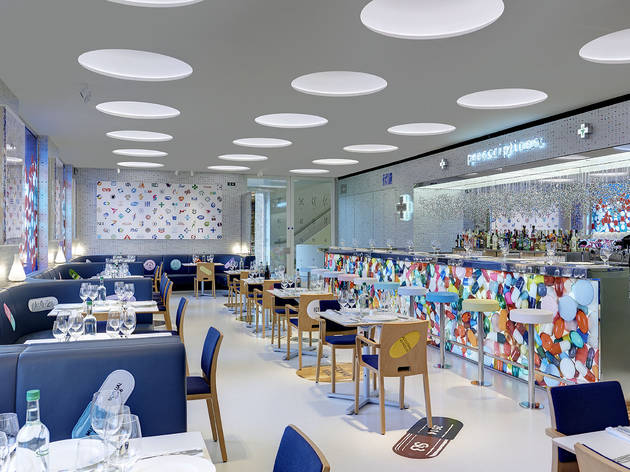 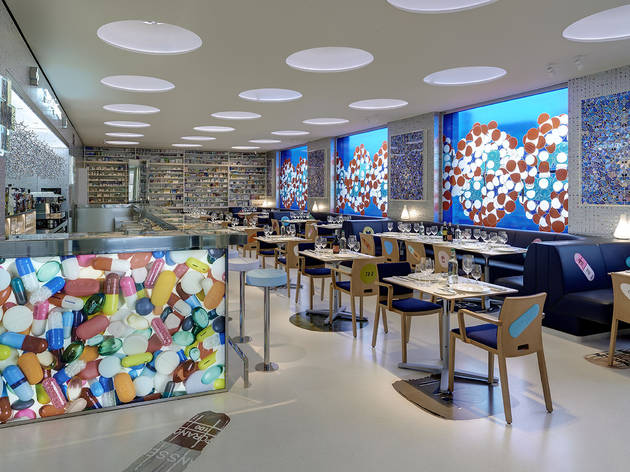 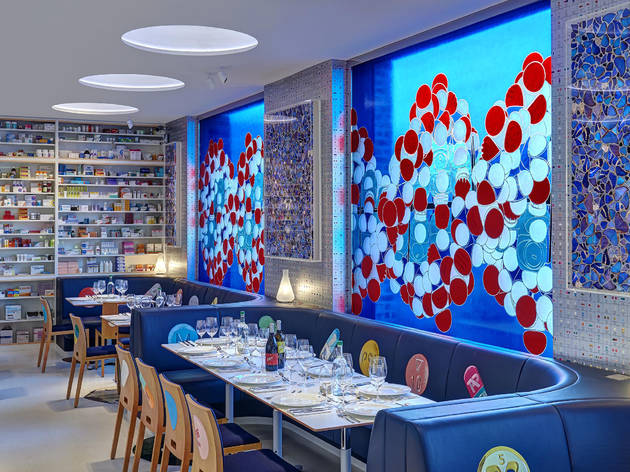 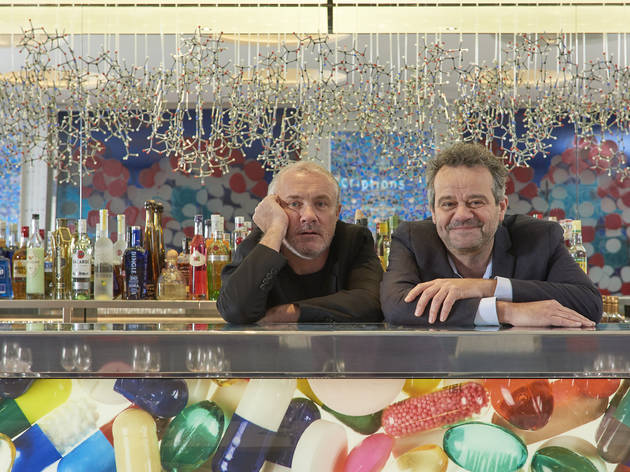 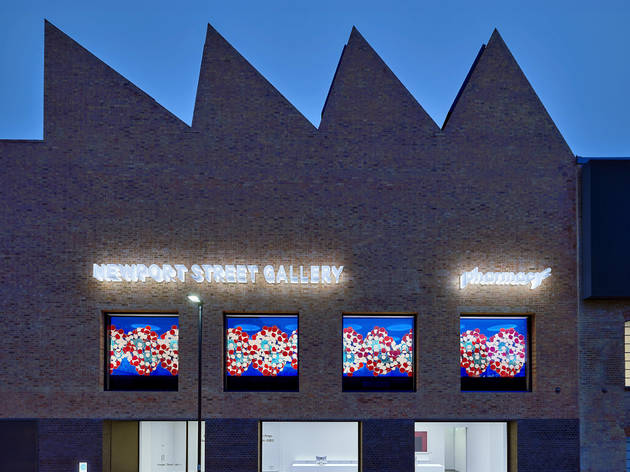 Remember Pharmacy? A restaurant-inside-an-art-installation, co-owned by PR guru Matthew Freud and with designs by fellow co-owner Damien Hirst, it first opened in 1997. With wall-to-wall pills and wall-to-wall slebs, it was, for a brief time, the hot ticket: the sort of place you’d take someone whose knickers you wanted to get into. But selling out to the City within nine months spelled doom (worse even, than being forced to change its name, the Royal Pharmaceutical Company having successfully argued it could confuse anyone looking for an actual pharmacy). It fell suicidally out of fashion, was bought out by a bar chain in 2000 (at which point Hirst jumped ship) and eventually closed in 2003. Don’t feel too sorry for Hirst though: he flogged the fixtures and fittings for a cool £1.2m.

Now, it’s back. And this time, called Pharmacy 2 (I’d have preferred ‘Pharmacy II: the Revenge’). It’s the new restaurant of the Hirst-owned Newport Street Gallery, where he exhibits works from his personal collection.

Aesthetically, it’s still great fun: colourful, creative, thought-provoking. Even after all these years, the concept, with its rows of medications, ‘100 most prescribed pills’ wallpaper and pill-shaped bar-stools makes for an intriguing backdrop.

But Hirst has missed a trick here, in not applying the same ethos he applies in the gallery – showcasing relative unknowns – to the kitchen. It would, for example, have been exciting to see a rotation of up-and-coming chefs shaking the pans; instead, the menu is courtesy of his old mucker, Mark Hix.

Hix’s food is perfectly pleasant: you’ll usually find classic Brit, plus the occasional exotic dish. But of course he’s not actually running the kitchen, and on my visit the cooking was lacklustre: solid, rather than sensational. If Hirst’s intention was to make sure the food didn’t upstage the setting, then he’s got what he wanted.

Highlights included Hix’s signature ‘Heaven and Earth’, a fail-safe combo of mellow black pud over a bed of tangy apple-and-onion mash; and a light Asian broth with a thin pork and chive patty (picture a flat dumpling) floating in it – though the promised ‘Hunan’ spicing was absent. Which was exactly the problem with our main courses (lamb pie, duck curry): perfectly edible, but with sauces that lacked depth. It’s good enough for a country pub. It’s not good enough for here.

Staff are sweet, the music apologetically low – it’s all just a bit safe. There’s still time for Hirst to take a few risks with this place and create something exciting. I really hope he does.