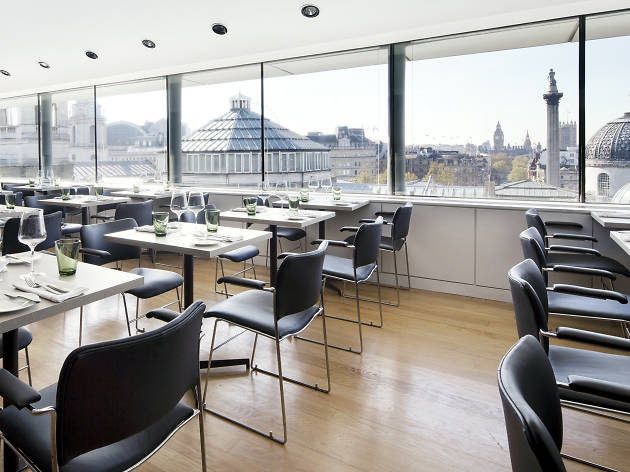 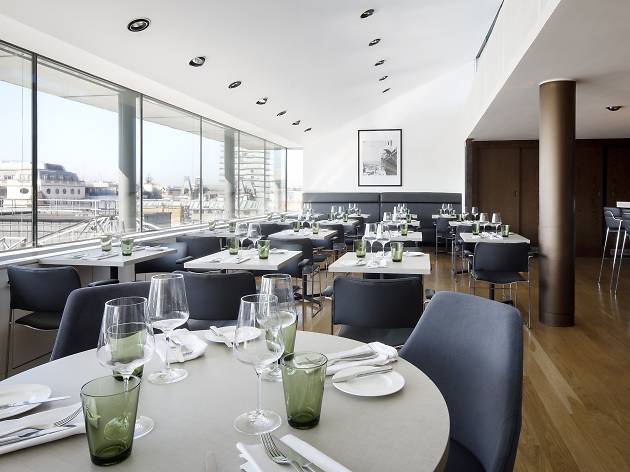 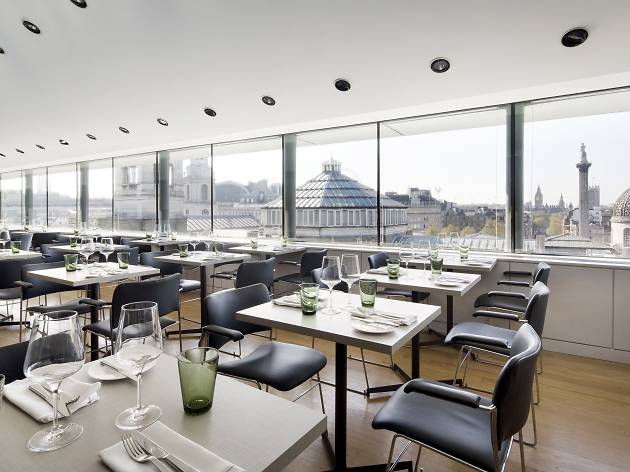 The views of Trafalgar Square are the main draw at this restaurant - and that’s after you’ve made your way past many of the arty mugshots in the National Portrait Gallery, located downstairs. The vista - a rooftop-skimming cityscape three floors up - takes in Nelson’s Column, Whitehall, Big Ben and the Houses of Parliament. But the best bit? The landmarks are so close that you can see the details clearly without having to resort to binoculars.

Portrait isn’t somewhere that relies completely on its location. The food now comes courtesy of Company of Cooks - a catering firm with some form at other London cultural institutions, including the Royal Opera House and the Southbank Centre. They took over from previous incumbent, Searcys, in 2013 and the whole place was subsequently treated to a slick refurb and a redesign that, unless you’re really unlucky, offers much better gazing opportunities.

Food-wise they seem to know what they’re doing, even if a limp slip of smoked mackerel wasn’t helped by a tiny potato salad lacking clout from barely discernable horseradish. Much better was a lovely fillet of bream - all crisp, bubbled skin and soft, white flesh - accompanied by a brown shrimp butter packed with flavour and some bang-in-season crushed Jersey Royals. We also liked the rigatoni with a porcini and tomato ragu, and both desserts - one a treacle tart with preserved lemon and clotted cream, the other an espresso chocolate tart rich enough to consider patronage downstairs.

Portrait is only open for dinner on Thursdays, Fridays and Saturdays (though lunch is available daily), and if you’re ordering à la carte, prices can easily climb. Still, the service is spot-on (they're dressed in some nice new tweed, too) and the set menus offer good value. Plus there’s that view - pretty as a picture.