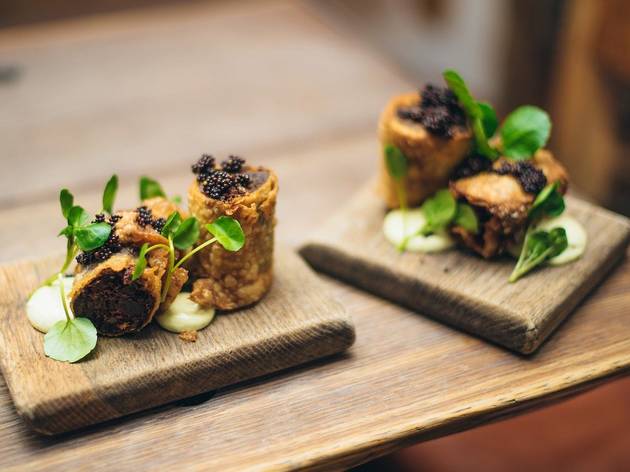 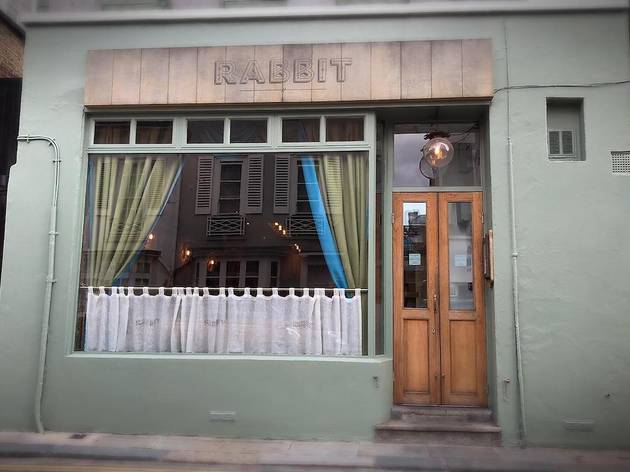 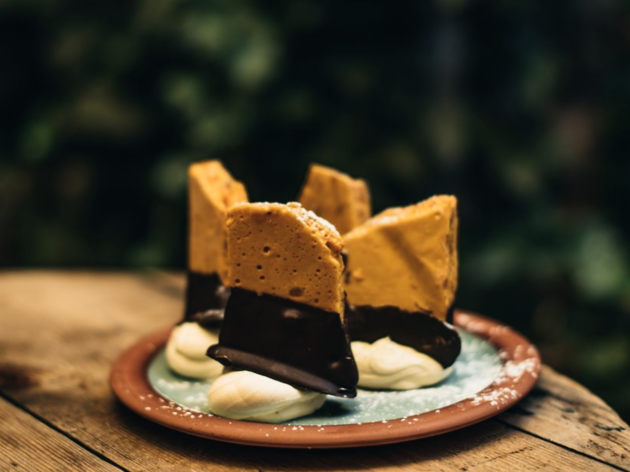 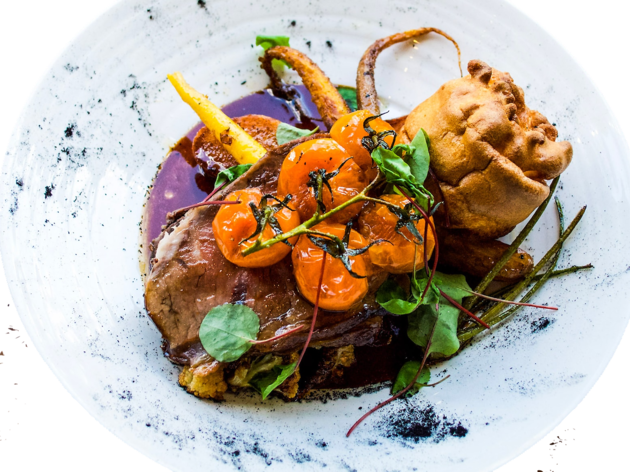 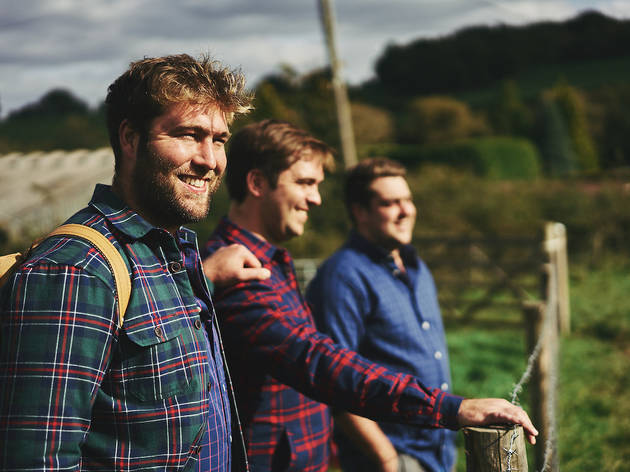 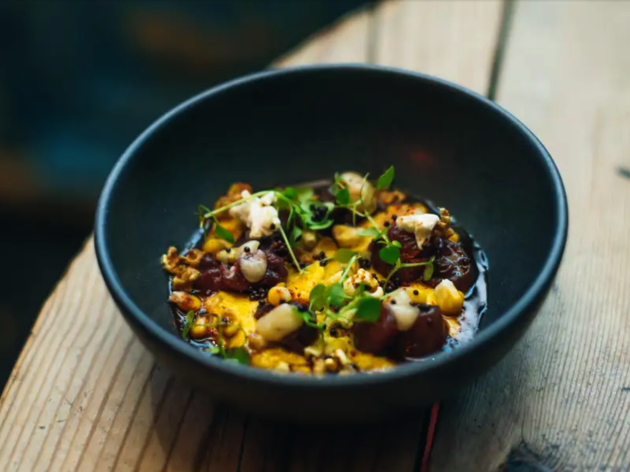 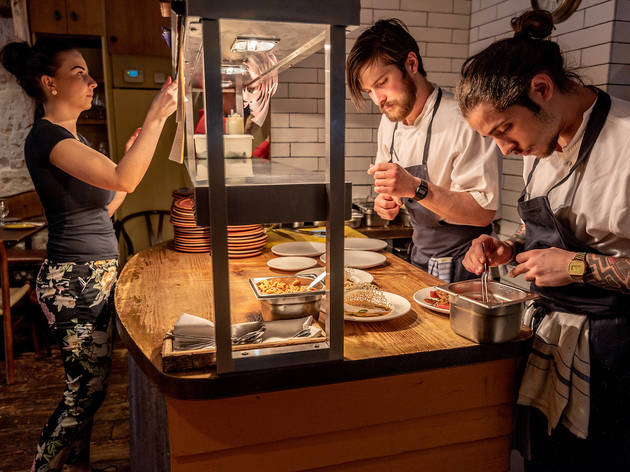 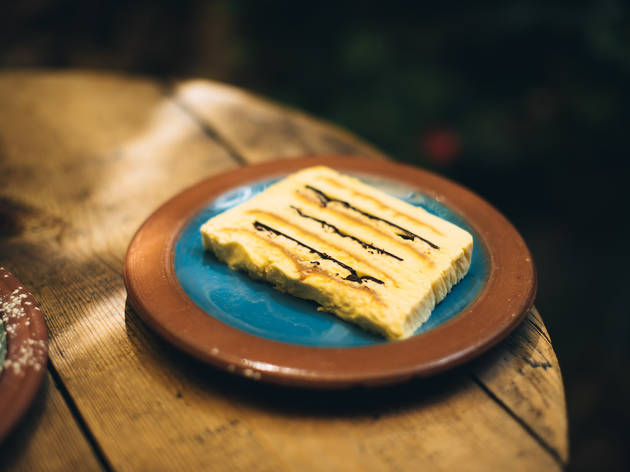 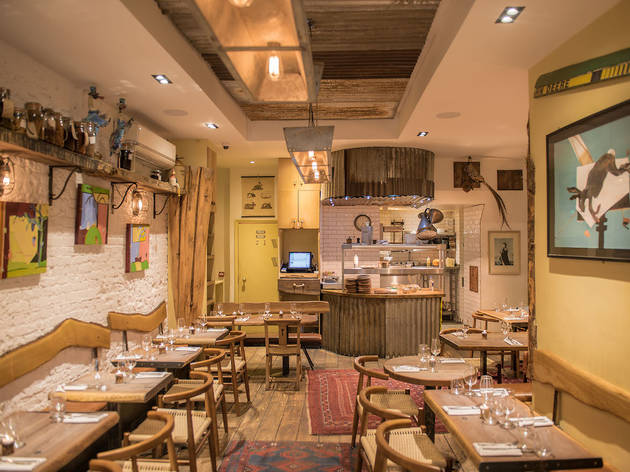 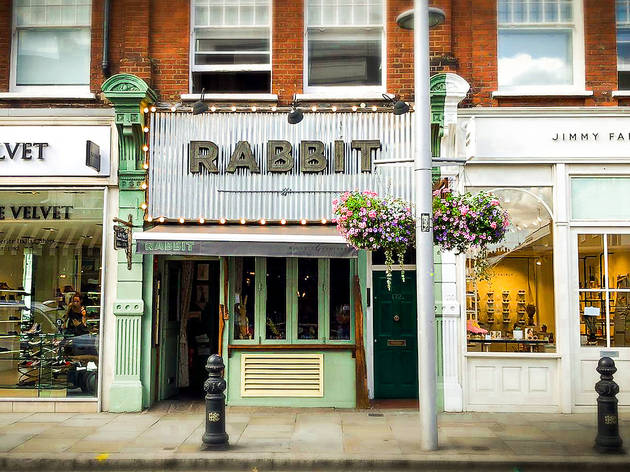 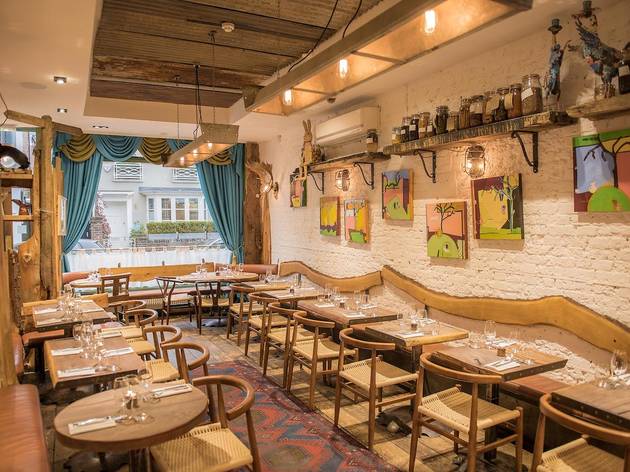 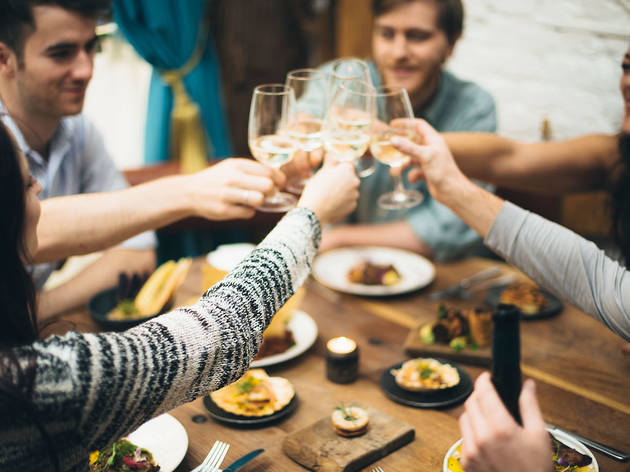 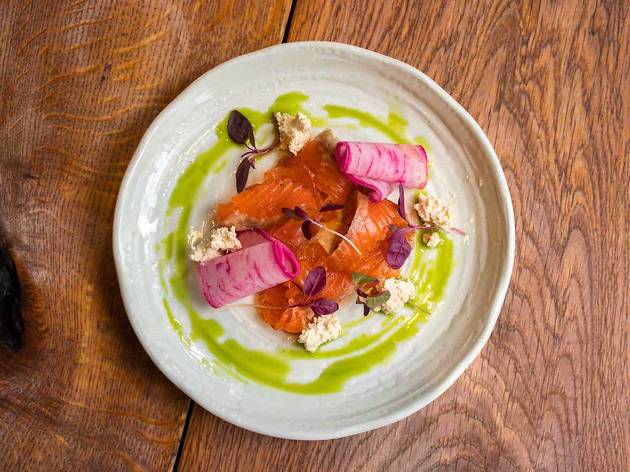 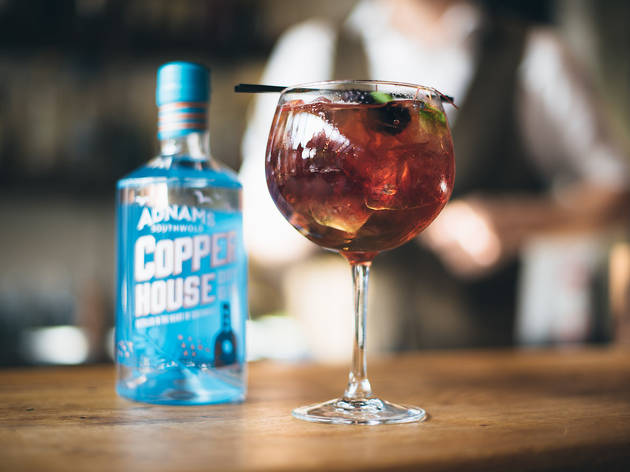 A spin-off of the popular 'wild' food Notting Hill eatery 'Shed', with a focus on nose-to-tail eating.

'Rabbit’, as Chas ’n’ Dave fans know, is Cockney rhyming slang for ‘talk’. And  customers of Rabbit, a new restaurant on the King’s Road, excel at talking – plus shouting, hooting with laughter and generally making a lot of noise. This is Chelsea, where some view town as a place to party and country where you go to recover at mum and dad’s. On our visit, some customers even gave high-fives to the Gladwin brothers, the chef-proprietors (who returned the overfamiliar Americanism).

We’re not sure what real country folk will make of Rabbit’s jokey, ‘rustic’ interior, but as Oliver, Richard and Gregory Gladwin hail from West Sussex farmland themselves, we imagine they didn’t have trouble sourcing the tractor bonnet decorating the bar, the corrugated iron panelling, or the back end of a fox mounted on a wall. It feels more like a bar that does food, down to the ‘stable door’ entrance where smokers can linger outside. But to see it as a party venue does the cooking a disservice: the Gladwins – who also run The Shed in Notting Hill – can really cook.

The ‘small plates’ menu lets you try at least two or three per person. A ‘mouthful’ (appetiser) of ‘brown crab bomb, lemon dulse’ set the scene for cooking of great technical prowess, with a crisp shell containing the warm crustacean centre, held in place on the plate by a seashore-scented lemon mayonnaise.

Rabbit ravioli was the best dish, meat tender, pasta al dente but glossed with bone marrow, lovage pesto and wild mushrooms. Foraged and wild ingredients feature prominently. Marshland salsify and sea-purslane leaves littered a fillet of hake, with a perfectly balanced sauce of cider, cockles and butter. Vegetables are used imaginatively: smoked Jerusalem artichoke was stir-fried with rainbow chard and served with spaghetti squash. We can’t comment on desserts: service was getting patchy as the evening wore on, and our orders never arrived.

The Gladwins grew up at Nutbourne Vineyards, so the perfectly good Nutbourne wines are well-represented. We watched the staff decant the ‘Shed white’ from silver vacuum packs into rustic wine bottles for serving at the table, with one person holding the pack and the other ‘milking’ it. The effect was fittingly like being in the urban version of a cow shed.

Rabbit says
Rabbit is situated on the iconic Kings Road, Chelsea. It is a neighbourhood restaurant, capturing the flavours, freshness, and vibrancy of the English countryside on this famous London Street.Our menu champions local and wild produce with sustainability at the forefront of everything we cook.