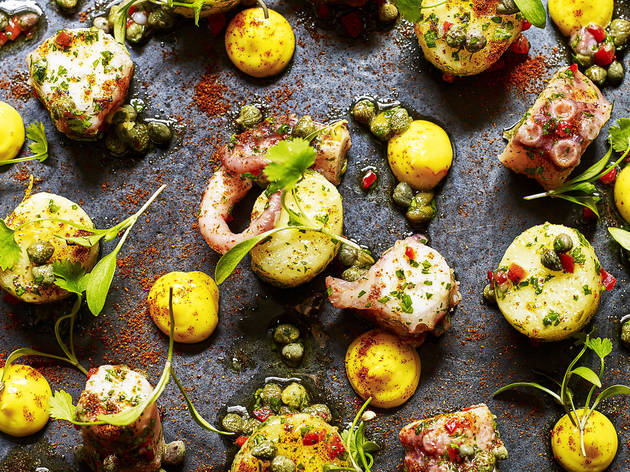 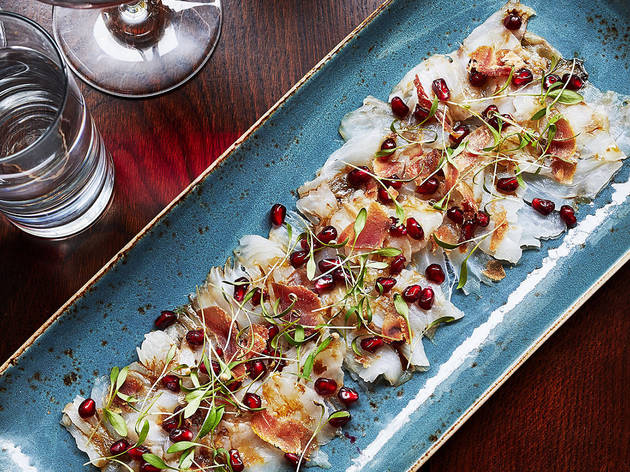 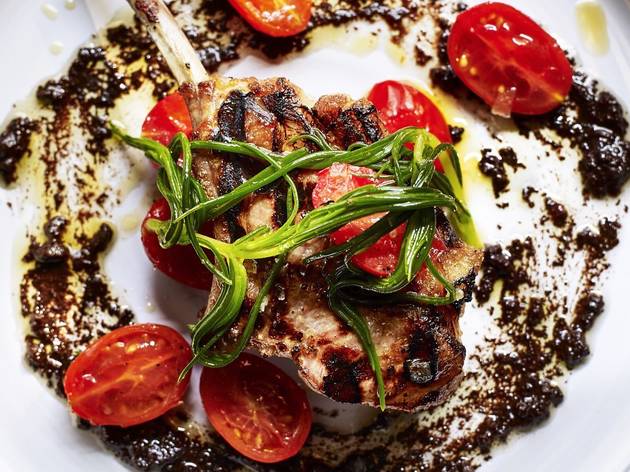 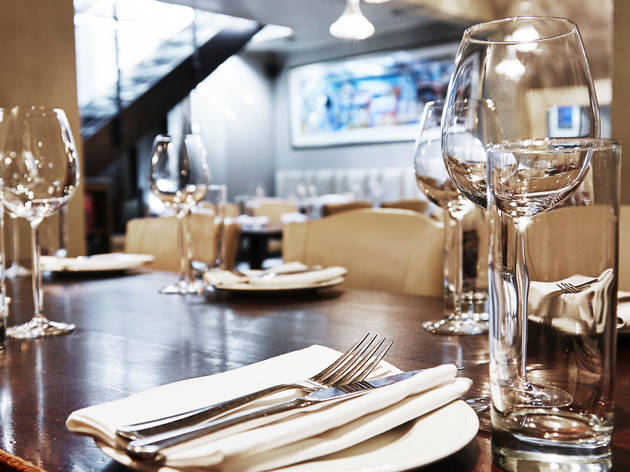 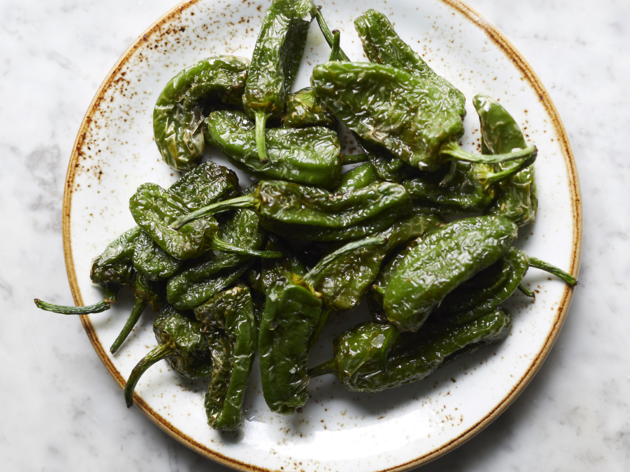 A longstanding Spanish/Italian spot in Fitzrovia.

First opened in 2005 – a lifetime in London restaurant terms – Salt Yard was for years a benchmark for mash-up Spanish/Italian tapas in the capital. Fifteen years later, that accolade is harder won.

Some of the cooking was excellent. There were padron peppers, blistered and blackened from the grill – the kind of sunny booze food that works all year round. Or cylindrical croquetas of jamon, leek and manchego, the Iberian peninsula’s most delectable foods in microcosm. At £5.50 each, the Salt Yard staple of stuffed and fried courgette flowers might be London’s priciest legume, but they’re well worth it: the textural thrill of ethereally crisp batter, offset with a molten mouthful of goat’s cheese and the floral high notes of blossom honey, is a classic for a reason.

But things quickly swerved from ‘Olé!’ to merely ‘OK’. A plump tortilla looked textbook but was overly loose and insipidly wet. The bird in a chicken saltimbocca was moist, but the prosciutto-style ham on top anaemic and flavourless, and an accompanying sweetcorn purée erred towards saccharine. A morcilla-stuffed head of baby squid tasted fine but the textural interplay was off, the meat a tad rubbery and the blood pudding scatologically soft. Thank god, then, for a closer of deconstructed lemon meringue pie, with sharp blackberry compote and cloud-like lemon cream on a crackingly short pastry disc, plus a wave of blowtorched meringue painted around the plate. It was sensational.

Service was oddly cold, and while the low-lit and bustling main bar remains one of the vibiest in London, the basement dining room was void-like when empty, and merely noisy when full. There’s still plenty to enjoy here, but in a city home to Iberian behemoths like Barrafina, Sabor and José, Salt Yard needs to rest on its laurels a little less.