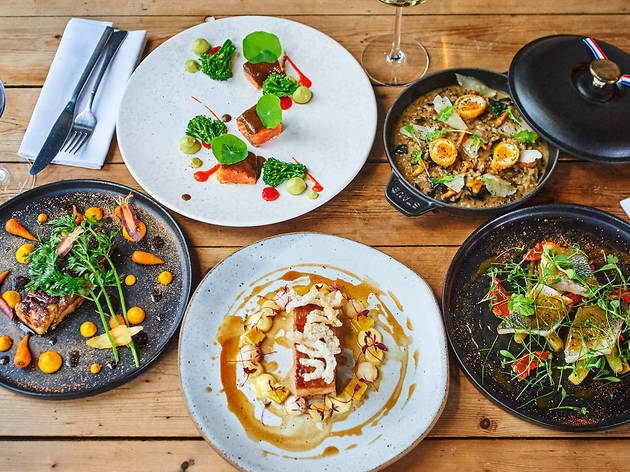 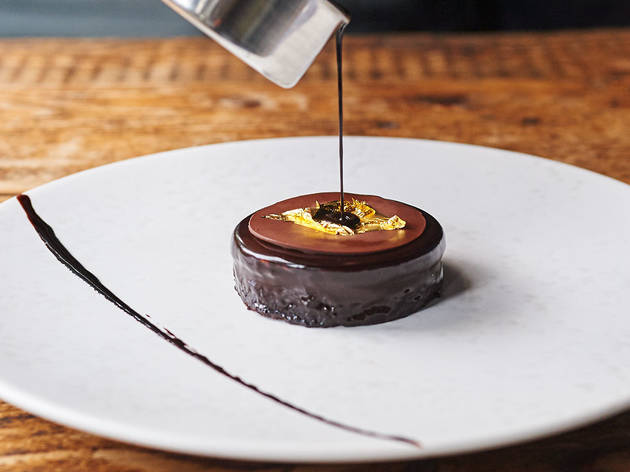 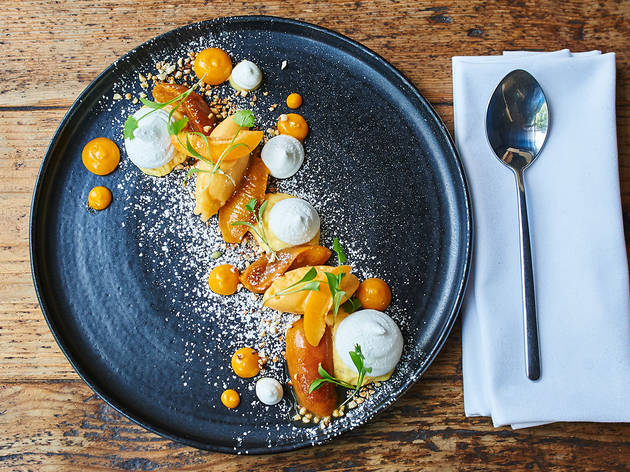 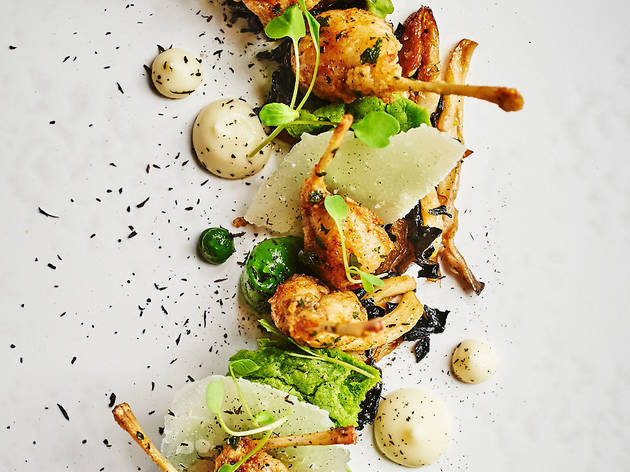 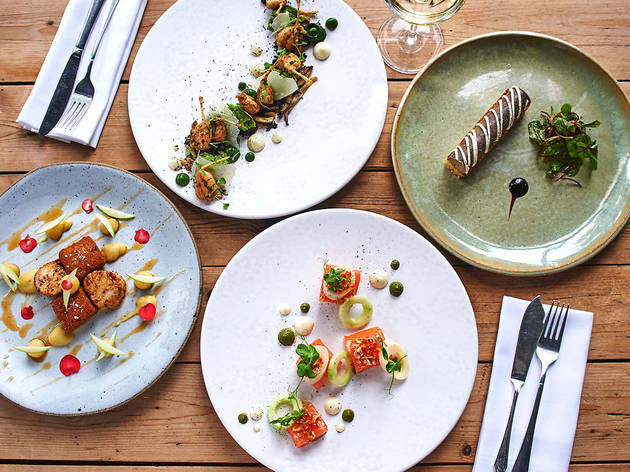 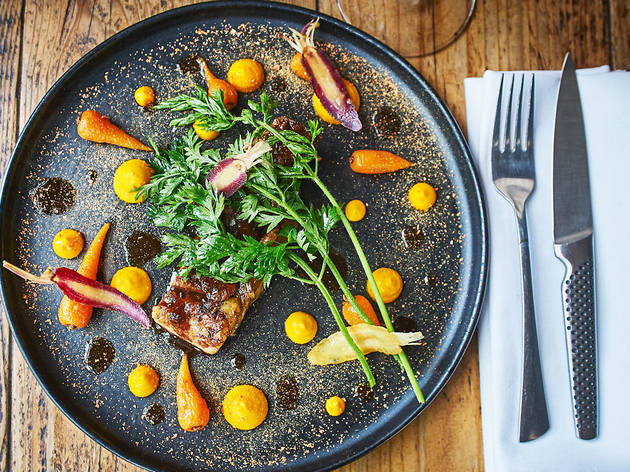 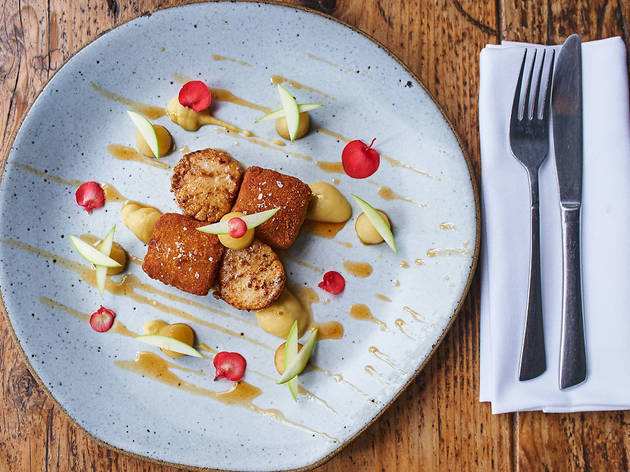 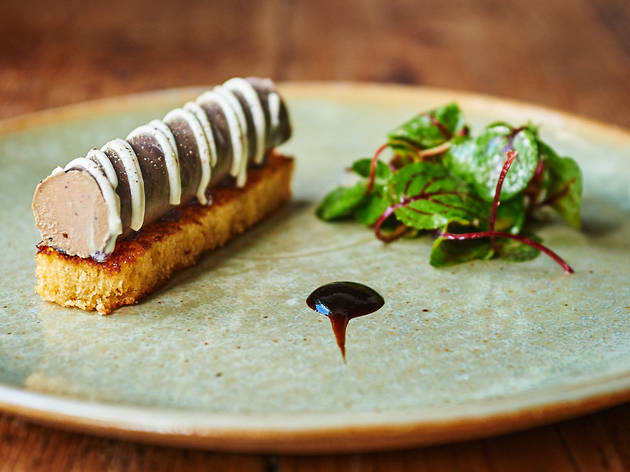 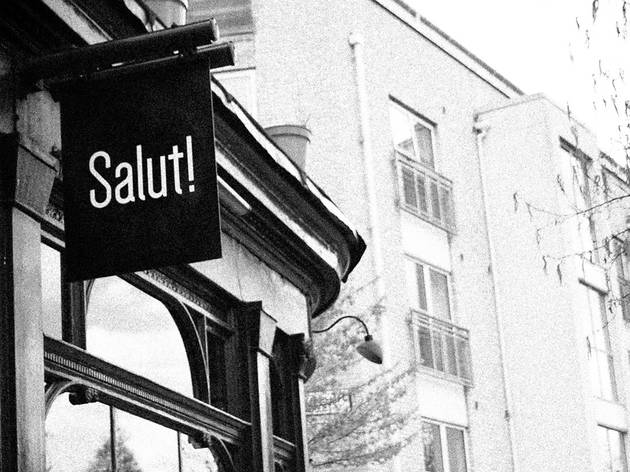 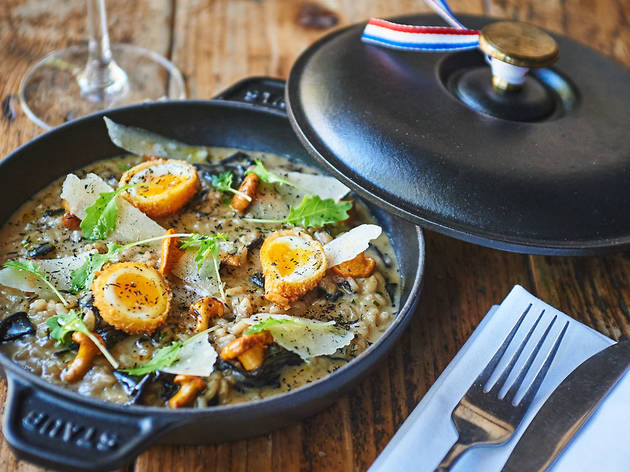 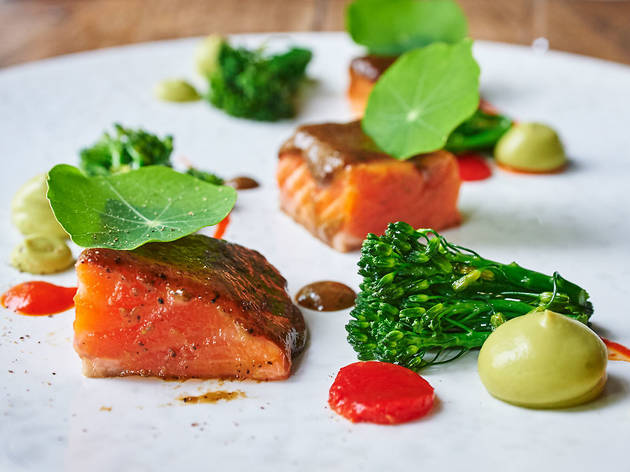 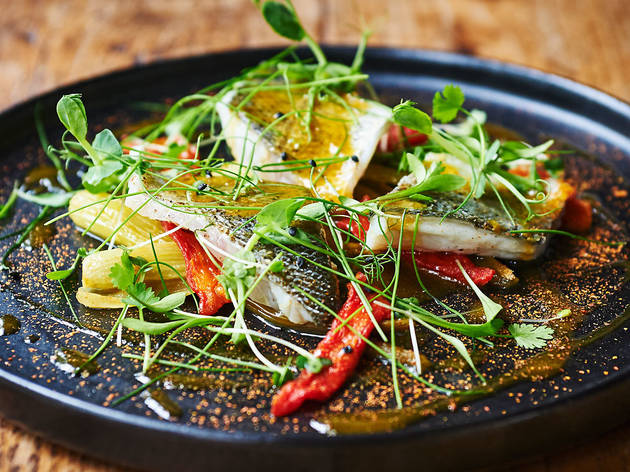 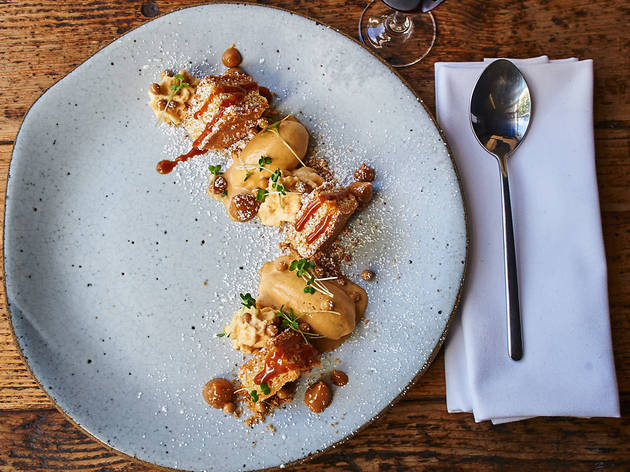 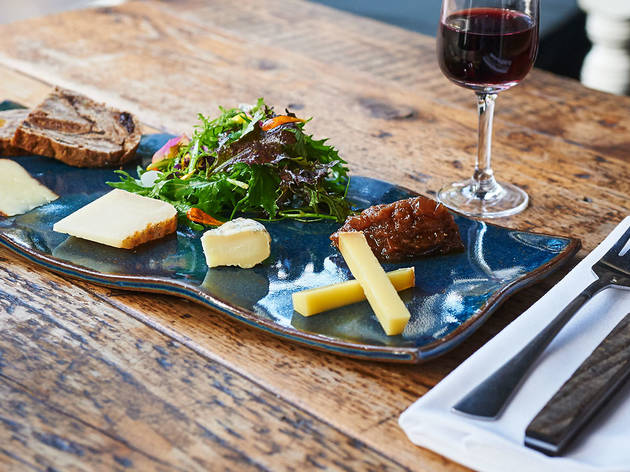 Modern European serving fancy plates at prices as friendly as its name.

Opening a new Modern European restaurant in N1 takes guts; it must be the only London postcode where it’s easier to get a side of samphire than a bucket of fried chicken. But within weeks of opening, Salut! is already booked up at weekends: Islington already loves it as much as we do.

Brothers Martin and Christoph Lange grew up in Germany, both attending catering college aged 16. After Christoph went on to work at highly regarded kitchens all over Europe (including Norway’s Maaemo and Denmark’s Noma), they’ve now opened Salut! with Martin’s girlfriend. A thoroughly modern family business.

Every last detail at Salut! gets the Langes’ personal attention – answering the phones, wiping plate edges, checking you enjoyed your meal. The latter must be their favourite bit, because I really, really enjoyed the meal. Never have I known a menu to undersell its dishes with such modesty. King crab and watercress came with unexpected crab roe foam and micro herb pesto; the ‘selection of onions’ with a juicy pork belly was actually three colourful piles of alliums that were in turn pickled, caramelised and charred to perfection. Anywhere else, I’d frown on such haute cuisine-y touches, but here every last blob and flourish is an improvement on what you ordered. And, thanks to the open kitchen, you can watch Christoph studiously work his magic.

The attention to detail does slow things down rather – with only the brothers on duty, we waited a stomach-rumblingly long time to order. I hear they’ve now got weekend help though (and, let’s face it, it’s worth a wait if the end goal is better dinner). Dessert’s certainly worth making time for – from now on, poached pear will never be right without fermented berries, rich fruit jelly, hazelnut crumble and white chocolate foam.

You’d think all that fancy would come at a price, but the crab was a bargain at £5.90, the generous main course a reasonable £16.20. Crusty bread and a few other surprise treats were on the house and we were recommended excellent wine at £25 a bottle. ‘Salut’ is the French way of saying ‘hi’, and means ‘cheers!’ in other parts of Europe. The positive name fits this special little restaurant; we raise our glasses to the Langes for proving that everything tastes better when you care.