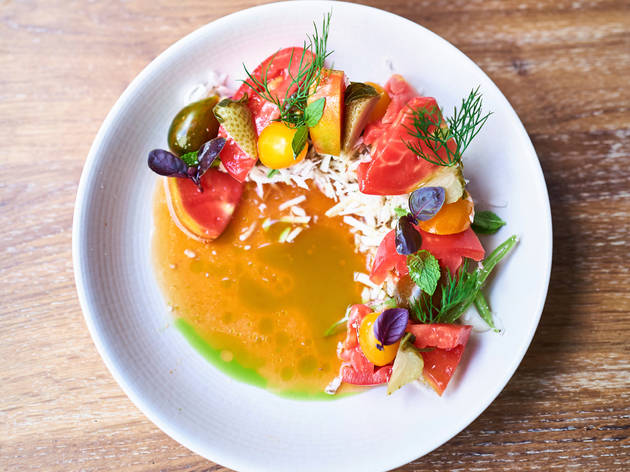 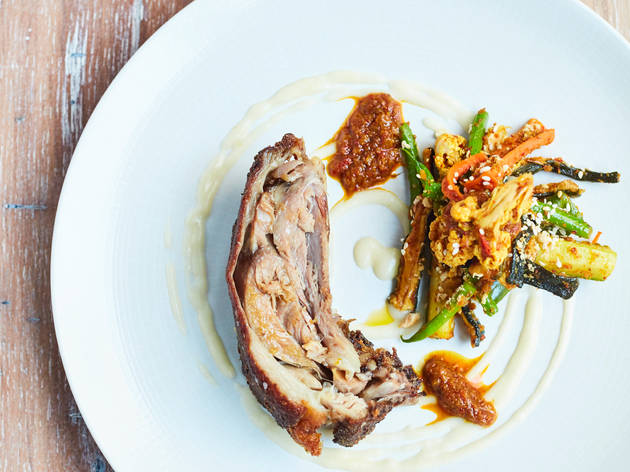 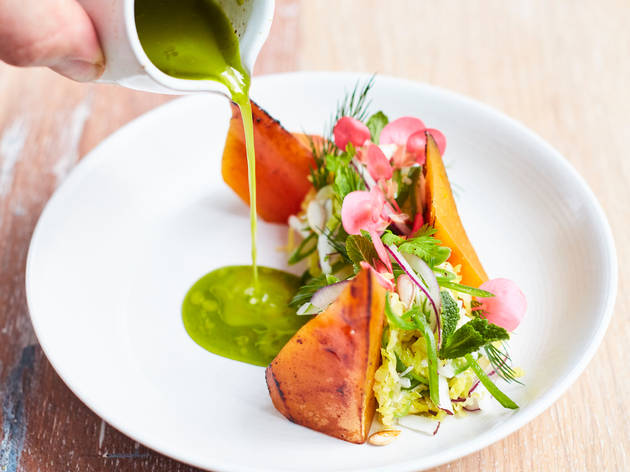 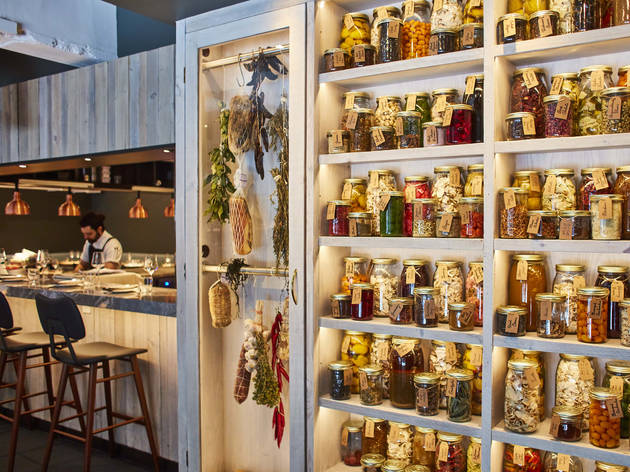 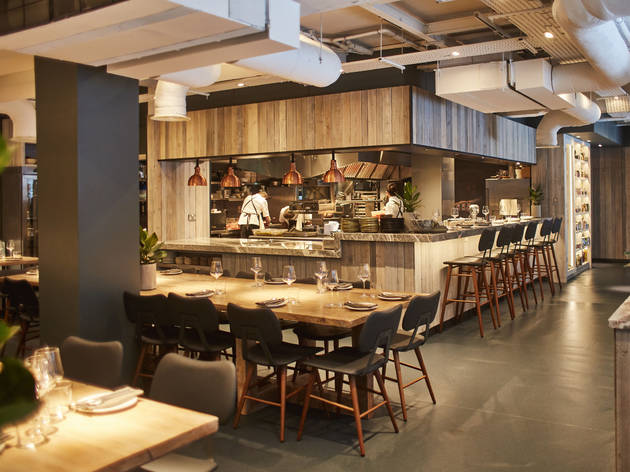 Fusion Is a terrible word. When I find myself describing Scully as a ‘fusion restaurant’, I have an internal shudder and quickly add, ‘but one that’s actually good, like Providores’. Scully is the debut restaurant of Ramael Scully, a Malaysian-born, Sydney-raised chef, who is of Chinese/Indian descent on his mum’s side, and Irish/Balinese on his dad’s. (Now there’s an episode of ‘Who Do You Think You Are?’ I’d watch.) So it’s no real surprise that the menu is eclectic, the kind where you lean in to your pal and whisper ‘Hey, do you even know what lemon myrtle crusted jicama with poponcini pepper cream is?’ I half expected the food not to work, to be a cacophony of flavours baying for attention. But no. It was excellent.

Take the heirloom tomato salad. It’s on so many London menus right now, it’s getting boring. But none of the versions I’ve seen have also come with a poured-at-the-table ‘shrub’ – a muddle of cider vinegar, soy and the sweet juices of beef tomatoes that quickly filled the plate as a soupy, shimmery puddle. As for those humble, many-toned tommies, they’d been artfully arranged in a thick, circular wall of salad, like the first fortifications of a sandcastle, along with quartered green strawberries, needles of grated fresh coconut and sprigs of fresh herbs. It was fragrant, sweet and salty… crunchy one minute, juicy and yielding the next. It was lovely.

Then there was the goat. This wasn’t a looker, but it was, in its own way, beautiful. On top: a heap of mellow, wobbling, butter-soft meat (they marinade it in spices for a day or two, then slow-poach it in the sous vide for a whopping 36 hours before finally searing and serving). Underneath: an oversized splodge of green-chilli-flecked yoghurt, along with crunchy bits of kale, slivers of pickled red onion and a smattering of firm urad lentils. Velvety and rich, but also cut through with sharp notes, it would be perfect for soothing you through a break-up, or a hangover.

Another must-order: the goat’s cream cheesecake. I’d normally never recommend eating from the same animal twice, but this was worth breaking the rules for. Sweet, salty and almost foamy, it also had a homemade cornflake pretzel crunch along with sweet, delicately perfumed English strawberries. A great way to showcase our strawbs. Just magnificent.

But the other nice surprise with Scully was that, much like Ikoyi a few doors down, it has managed to break free of its location (the dull, weirdly over-clean St James’s Market development) and create a dining room with personality. As I walked in, Motown came thrumming out of the speakers above, layered with clatter from the open kitchen and chatter from the counter at its sides. You get to sit on high-backed Scandi-style stools, watching the cheery chefs do their thing, or at one of the many standard-height tables, in an area of industrial chic (painted, exposed girders, elegant tones, shiny plants). And the staff! A patient and good-natured bunch, only too happy to decipher the menu (to be fair, they must do this a lot).

Be warned: the smaller plates can be pricy. But Scully is bold and creative, without becoming wacky. Here’s to putting fusion back on the map.