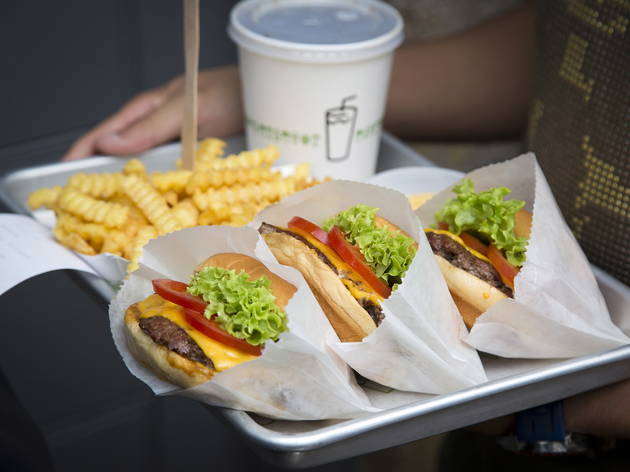 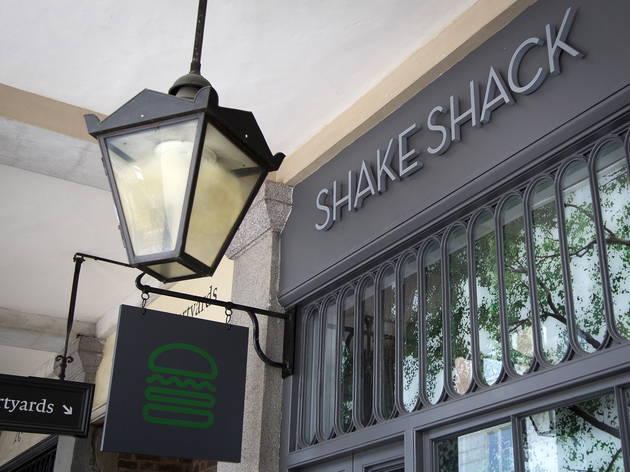 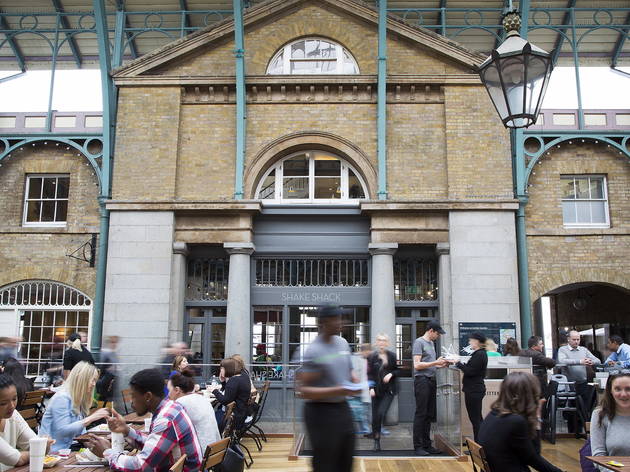 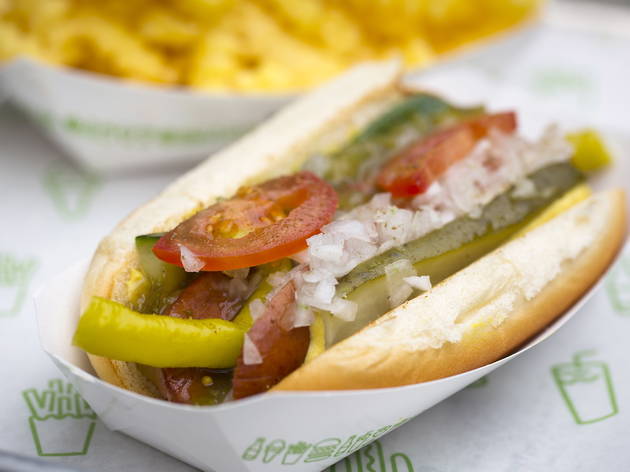 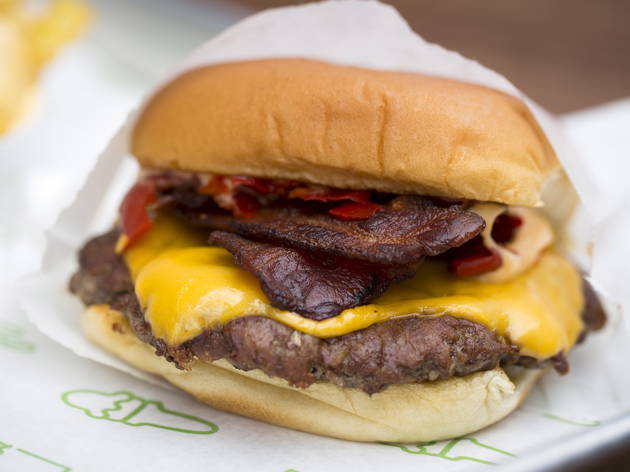 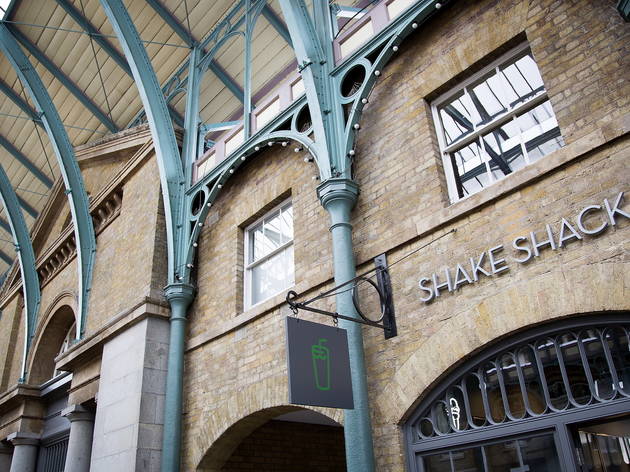 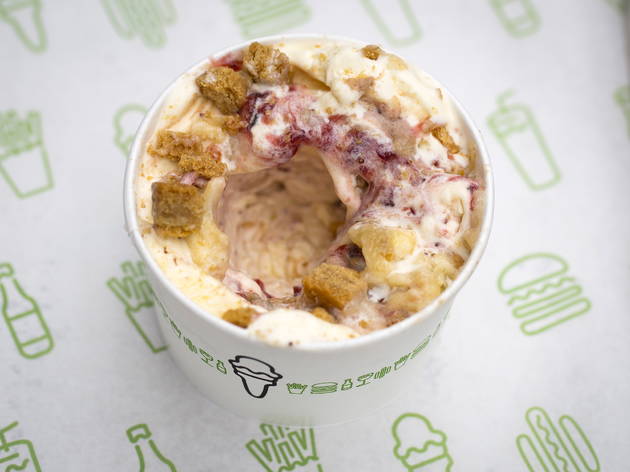 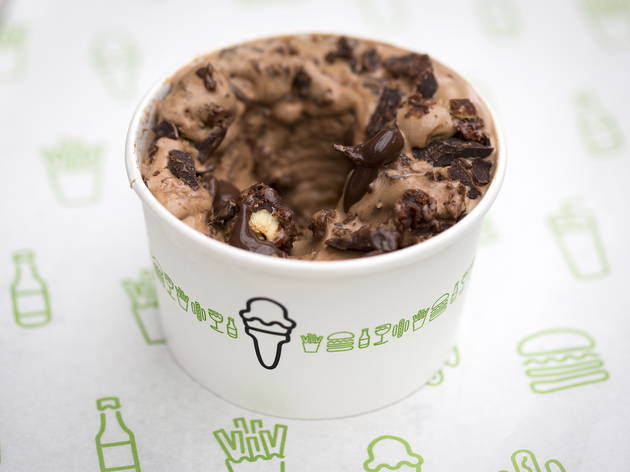 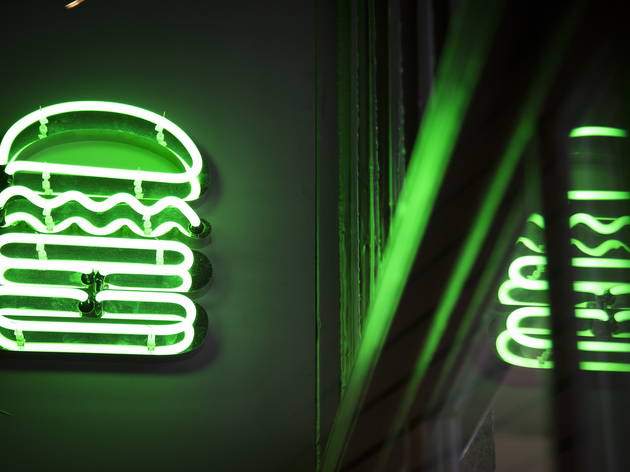 Shake Shack is a fast-food chain founded and based in New York. The NYC version has something of a cult following, helped along by clever marketing and the use of social media; for example, webcams show live pictures of the queue, so that the Twitterati can alert their friends to their 30 seconds of fame on the live feed.

However, diners used to the high standards of burgers from British chains such as GBK, Byron or the many brilliant independents shouldn’t get their hopes up. Despite the slick branding, Shake Shack’s appeal has more to do with enjoying an American diner-style experience than with British-style gourmet burgers. There are buzzers to tell you when your food’s ready, drive-by style hatches from which to pick up your full tray, and friendly staff kitted out in baseball caps. Prices are another draw, with the cheapest burger coming in at £5.

And there’s the location. Shake Shack has chosen one of the prime sites in the UK for capturing tourist footfall – right in the centre of Covent Garden piazza. The site that for a while was the Icecreamists (an ice cream parlour) is now the counter where you stand in line before placing your order. There’s plenty of Shake Shack seating in the central market, out on to the cobbled piazza, or indoors in an adjacent building.

As for the burgers, they’re no great shakes – thin patties, soft buns and processed American cheese. The crinkle-cut fries are fine, in a mass-produced way; the cheese sauce was gloopy and highly processed. Other options include hot dogs and frozen custard ice cream. The highlight of our meal was the chocolate milkshake, because of its distinctive and strong chocolate flavour.

Burgers have moved on a long way in London over the last few years, and it’s hard to see Shake Shack becoming a cult with London’s highly discerning burger enthusiasts. But with such a good site and enthusiastic, engaging staff, Shake Shack is bound to be popular with tourists.