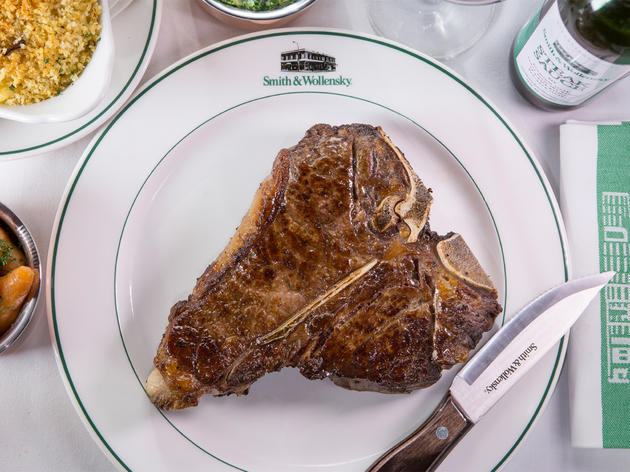 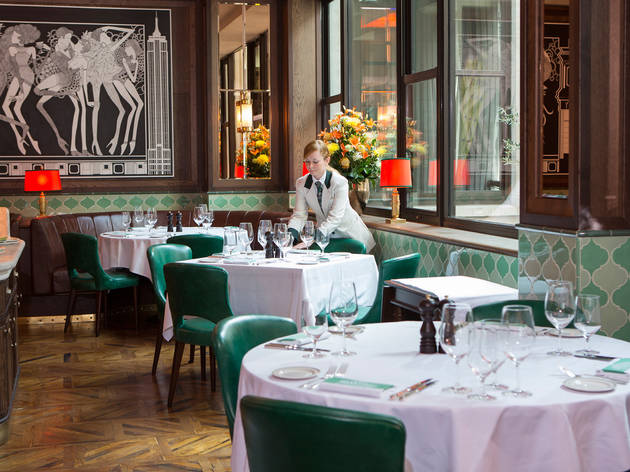 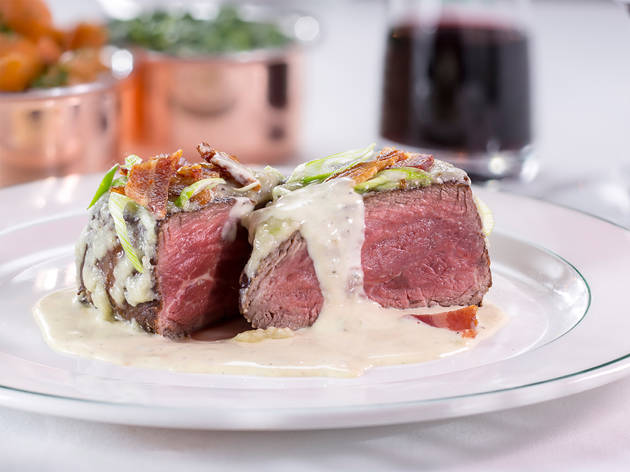 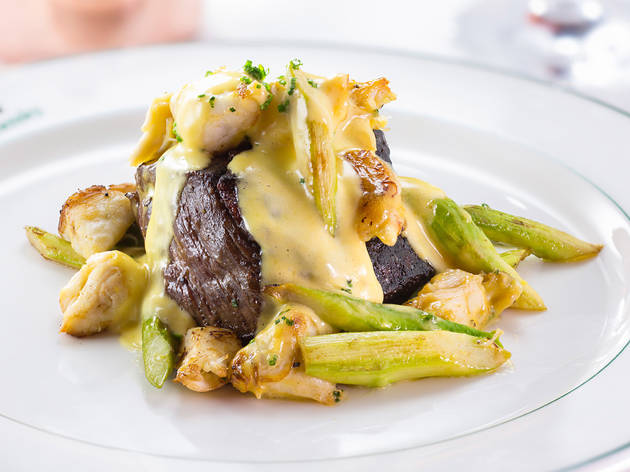 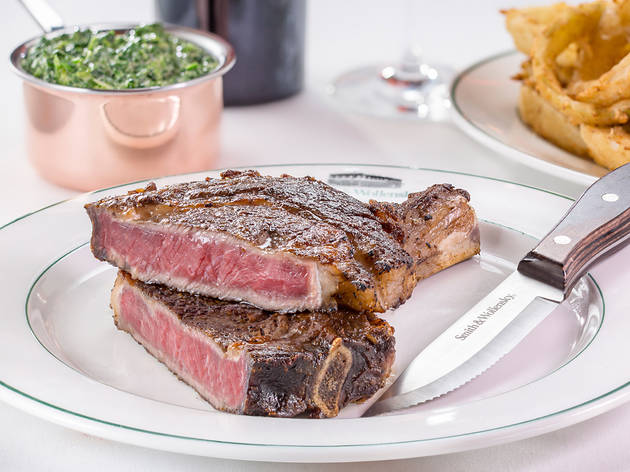 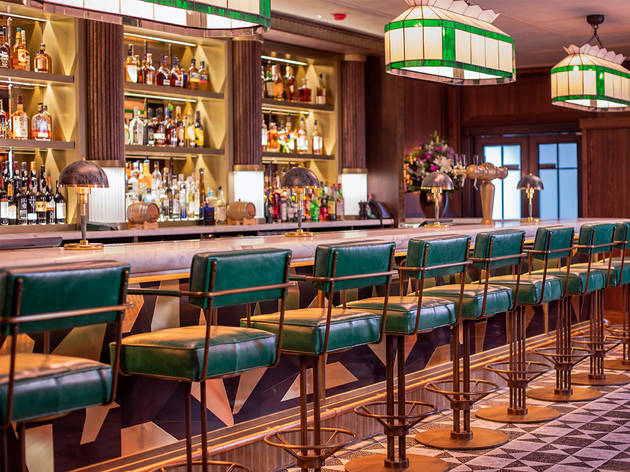 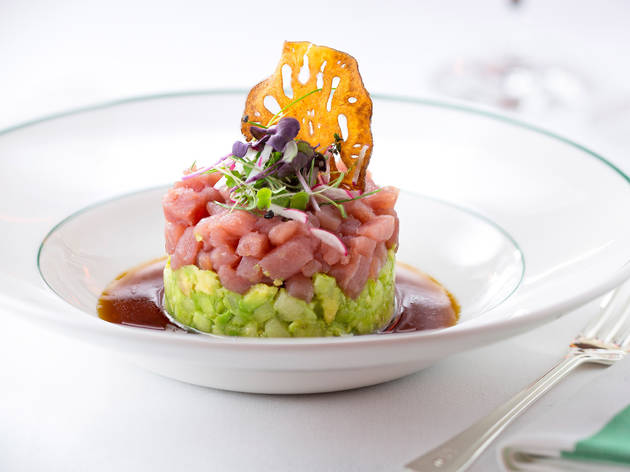 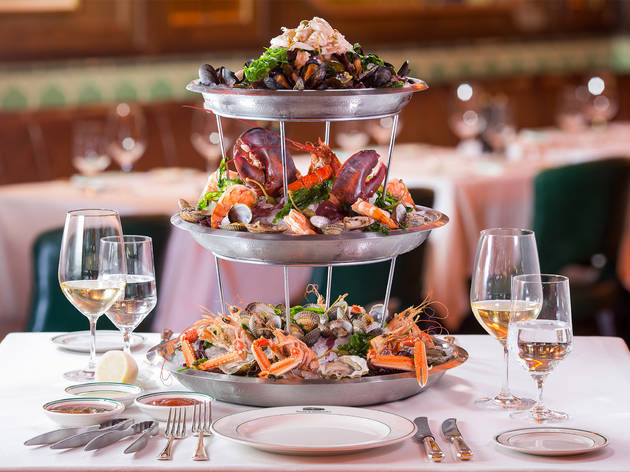 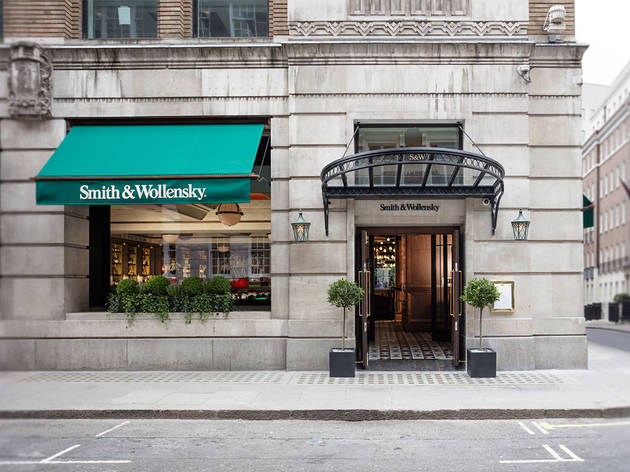 A top-drawer American steakhouse cruises like an aircraft carrier: infinitely powerful and supremely self-confident. The original Smith & Wollensky has been that kind of place since it opened in Manhattan in 1977, and has since spread to other big American cities. Now the ship has docked in a two-storey space in the Adelphi Building.

S&W London looks the part, with lots of dark wood, green leather banquettes, low lighting and art deco mirrors. The ground floor is a more attractive space, for our money, than the slightly louder basement.

But even aircraft carriers, it seems, may need some fine adjustments before they’re sea-worthy; our visit to S&W, in its first week, revealed a restaurant more leaky-tugboat than mighty-warship. Food came out lukewarm on more than one occasion, and initial efforts to deal with the problems were clumsy and sometimes painfully slow. But that they were problems was recognised, and the restaurant gave us our whole meal for free. (This is astonishingly rare in the restaurant business.)

Having eaten at S&W in Manhattan, I know this is not how they do things there. They wouldn’t have lasted four weeks, never mind four decades. So I’m going to give them the benefit of the doubt and assume that the catastrophic mishaps in our meal will have been steadily eliminated by improvements in training and systems.

This is only fair, because once we finally got our food at the right temperature, it was thrillingly, indescribably good. Starters were wonderful (especially the split-pea soup, £6) and mains even better. A herb-rubbed veal chop (£32) was roasted perfectly medium-rare. Better still was the burger. Coarsely cut, juicily rare, it really should be called chopped steak; £18 with a side of fries, and worth every penny. Sides of spinach and carrots were both very good.

One last complaint is structural rather than a result of newness, though. The wine list is chock-a-block with trophy bottles costing £100 or more, but almost nothing under £30. This isn’t necessary, and scares off those of us who love great food but don’t have a yacht-owner’s budget.

S&W is probably cruising smoothly now, though of course I can’t guarantee that. If it is, it joins the upper-upper echelon of London’s steakhouses. You’ll pay for the privilege, but prices are in line with comparable places. I’d go back in a heartbeat, for that burger alone.