Restaurants, Indian Soho
3 out of 5 stars 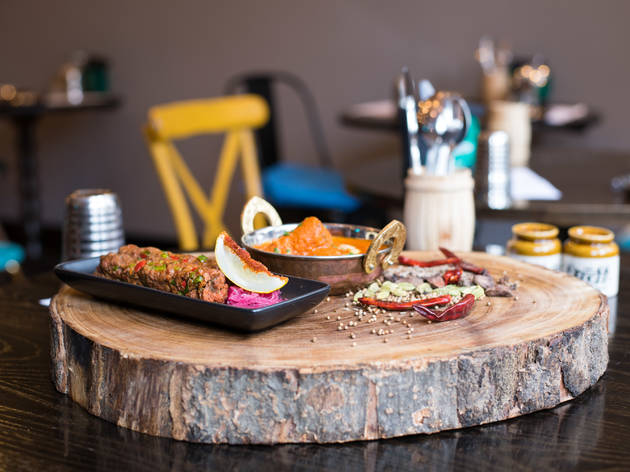 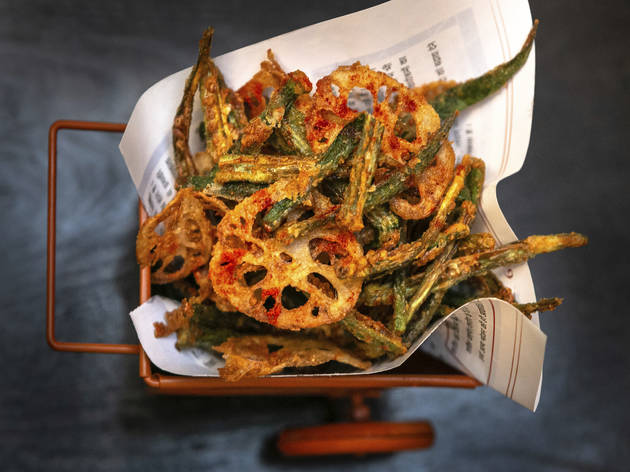 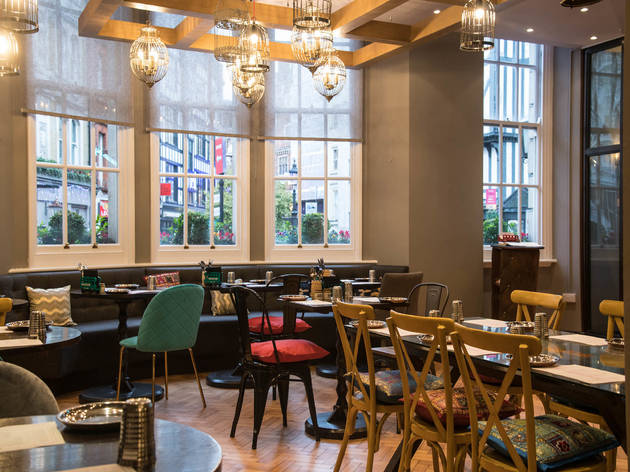 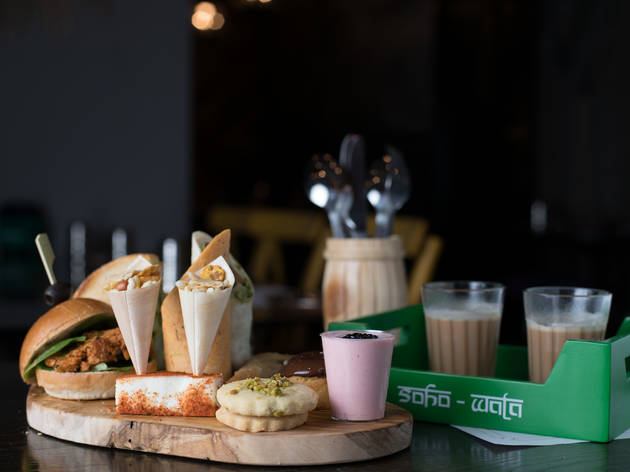 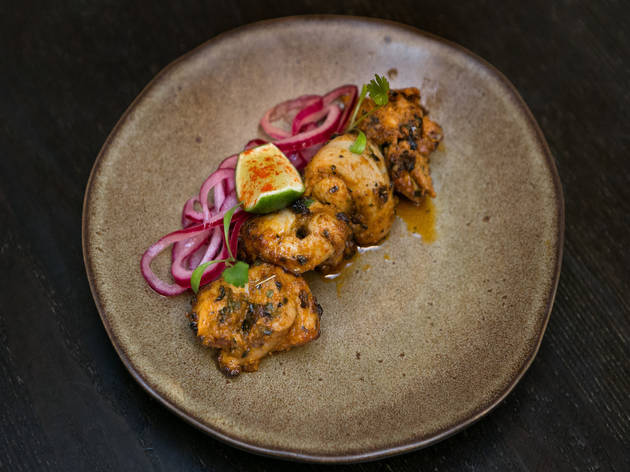 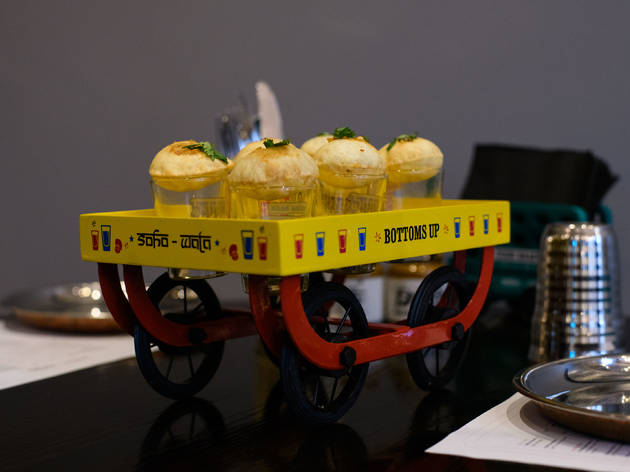 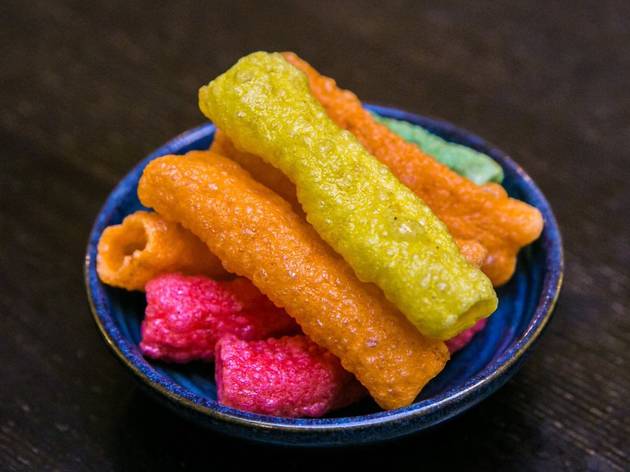 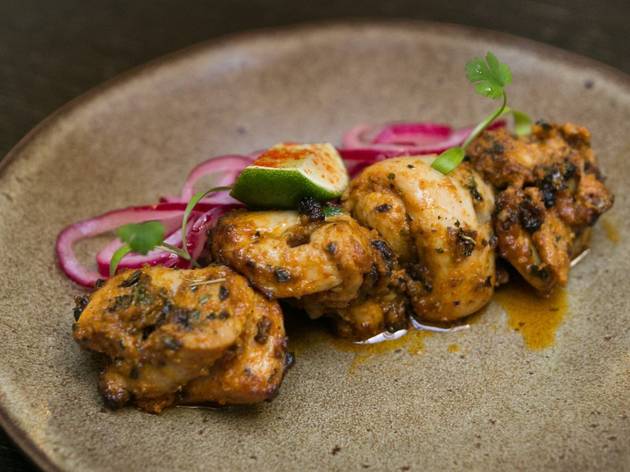 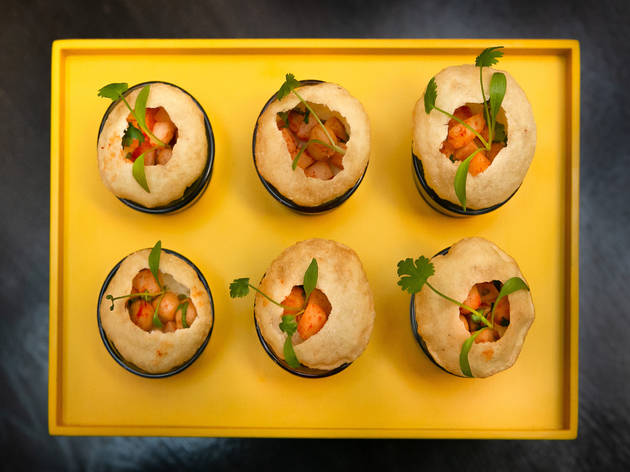 A casual Indian small plates restaurant at The Courthouse Hotel in Soho.

Though the one-page laminated menu at this relaxed Indian street food joint may look like it’s been quickly cobbled together in Microsoft Word, look again, because it’s packed with classic crowd-pleasers. Like, for instance, pao bhaji; spiced veggies served in a mini saucepan with a doughy bun on the side. Slit it open, load up with veg and away you go.

Equally full-flavoured was the papdi chaat (a crunchy mix of yoghurt, chutney and wheat crisps, specked by pomegranate seeds), which also had a good level of heat. Half a dozen pani puri (deep-fried puffs filled with potato and onion) were served resting over shot glasses of tamarind-flavoured water, then wheeled to our table on a mini food cart with ‘Bottoms up!’ printed on it. Cute. You fill the puff with liquid, then squeeze the whole thing into your mouth in one. Just avoid the vodka-spiked version, it’s unpleasantly harsh.

We could’ve ordered an entire extra basket of the thinly rolled garlic and chive naan, while the yuzu-infused stone bass had an appealing combo of tang, spice and succulence.

For dessert, there was a fusion creation of gulab jamun cheesecake, which was rich with an intriguing cardamom after-taste. Soho Wala’s spin on crème brûlée, with its soft top and centre full of ice cream, was even more unexpected.

Though it’s in a central London hotel, prices are very reasonable, and the polite staff kept up the smiles and prompt service all evening. Birdcages hang from the ceiling and wall prints lend pops of colour, while Bollywood beats, on our visit, drowned out the racket of Carnaby Street, which is right on Soho Wala’s doorstep.