There were a couple of signs that my trip to The Clerk & Well was going to be stressful. The pub – based in, you guessed it, Clerkenwell – has just reopened after renovations in a relatively quiet part of the city for decent places to drink. The street itself was extra quiet, due to roadworks, and had weirdly prophetic signs declaring ‘pressure tests’ right outside. Felt a bit on the nose, really.

Anyway, The Clerk & Well needn’t have worried about this new-but-not-new place’s popularity. The pub was already packed by the time I got there at 7pm, although this wasn’t a crowded bar situation. Almost every table was filled with friends eating, couples sharing starters or a bottle of wine. Given that this was one of the establishment’s opening weeks, the staff were ever-so-slightly frazzled. No worry, though – I was seated quickly in a very comfy booth, which in my book is a sign of a good pub.

The bar also doubles up as a sort of semi-open kitchen, so I was able to peer at the dishes as they were being prepared. This is clearly a pub you go to, to eat: the menu includes old favourites reworked, like the bacon and cheddar croquettes with mustard aioli, the five-bean Valrhona chocolate chilli or the glazed bacon belly with egg and pineapple. The pal I came with works nearby, so he was hoping to find a new regular for Friday drinks. This might be it, he said, surveying the stylish, dark wallpaper and moody low lighting. (But I’ll probably end up having a whole meal every time I come.)

He’s right. It’s not the sort of rowdy place you’ll be doing sambucas with Sheila from accounts in. My pal ordered the langoustine scampi (‘ooh, posh’) to start, while I had the white bean houmous. The scampi looked very good: still-sizzling and golden. The lemon came with a tiny squeezing contraption, which was obviously a highlight. And my plate was seriously bright – all edible flowers and bright green dip, served with crunchy, pickled cucumber, carrots and beets. In short, it’s an editorial crudites situation. And while the serving size was seriously generous, so was the amount of garlic in the dish. Yeah, that whole thing about how you can never have too much garlic – I think I might have found the limit.

While we were eating, the pub somehow got even busier and people were obviously making the effort to come out. There was a live singer, who, amazingly, achieved that rare thing of being genuinely listenable without leaving you shouting over the table. Something you don’t want to be doing after that much garlic, I promise.

While the food is obviously the focus, the wine is what I’m going to remember

For mains, we both opted for pies. I don’t want to lean too heavily on stereotypes here, but I’m a northern lass and a bad pie is devastating enough to break my heart. These came with clotted cream mash – incredible – and a little flute for siphoning gravy into the body of the pastryw, which was honestly revolutionary. They were tasty, too: mine a mushroom and cheese number that leaked out all over the plate as soon as I sliced into it; my pal’s filled with Merlot-soaked beef. You could order sides of veg separately, but it would have been good to see a cursory carrot or something on the plate for a semblance of this being a balanced meal. Regardless, we were extremely full by the time we finished.

Naturally, though, we had to try at least one dessert. There’s a whole separate menu for sweet cocktails, which I’ll definitely be returning to try – the roasted strawberry and rhubarb crumble martini sounds delicious. But, and you may call us traditionalists, the choice was a baked alaska, which was extremely good: meringue charred to a caramel, the ice cream within surprisingly light.

While the food is obviously the focus, the wine is what I’m going to remember. We shared a bottle of the picpoul: it was refreshing, lively, the sort of drink that seems to summon summer. If you go for one thing, drink this – but you won’t be able to resist getting something to eat, either. That pressure test? The Clerk & Well passed it.


The vibe Busy, popular pub with stylish but unshowy design

The drinks Underhyped, but seriously delicious

Time Out tip Order a pie, and go to town with the gravy siphon 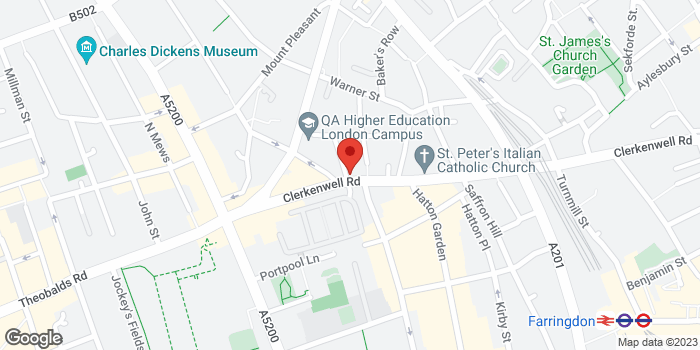