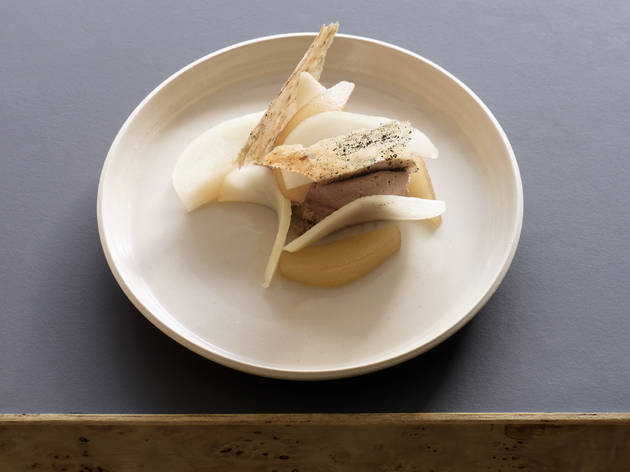 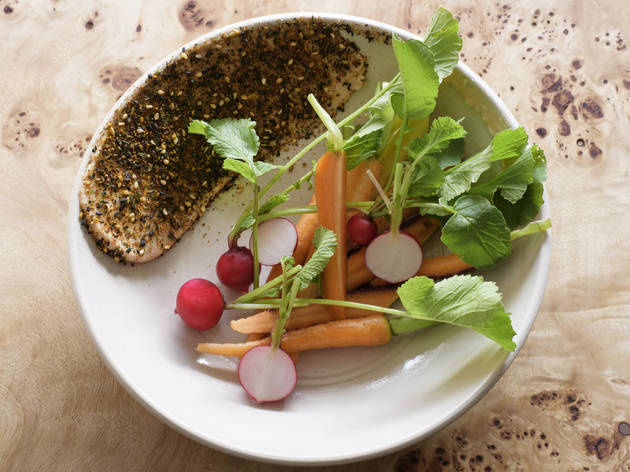 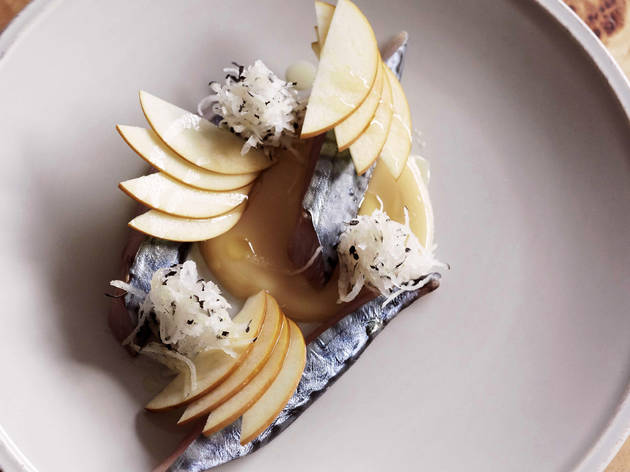 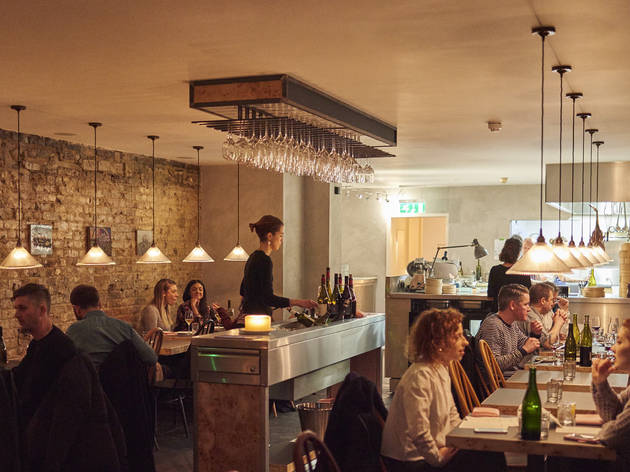 We couldn’t get over the custom-made tables at The Laughing Heart: they came with adorable personal cutlery drawers. It’s just one example of the attention to detail at this foodie wine bar on Hackney Road. The mezzanine above a cave-of-wonders wine shop is flawlessly chic, with rows of blue-grey tables either side of a counter glistening with glasses. The buzzy open-plan kitchen triggered the smoke alarm and everyone chuckled, such was the bonhomie. Perhaps the epic wine list helped – a tome that opens with a Keats poem and goes on to list drops from lesser-known vineyards. All organic, all fantastic – little surprise that owner Charlie Mellor earned his stripes front of house at P Franco and Brawn.

With such a pared-back look, bold modern-European plates peppered with Asian flavours came as a surprise, and some dishes challenge as much as delight. The Basque cheesecake is baked firm and charred at the edges; it’s not sweet, there’s no base, and it’s about texture as much as flavour. Equally intriguing were chicken hearts and sprouts draped in a web of lardo. Don’t be afraid; a sharp, sweet dressing cut through the iron-rich, chilli-flecked offal.

Elsewhere, baguette slathered with salty, whipped brown crab butter may be the best way to kick off any meal (next time, I won’t be sharing); and venison pappardelle was close to perfection – its ragu slightly lacked intensity, but the silky pasta ribbons had a chewy breadcrumb crunch.

We were at a table next to Mellor’s proud mother, who clearly knew her wine, while a young couple nearby chatted tannins. There’s a lot of love in the room, for the wine and for the operation. Others weren’t quite as taken with those cutlery drawers. I should probably get out more, and thanks to The Laughing Heart, it looks like I will.