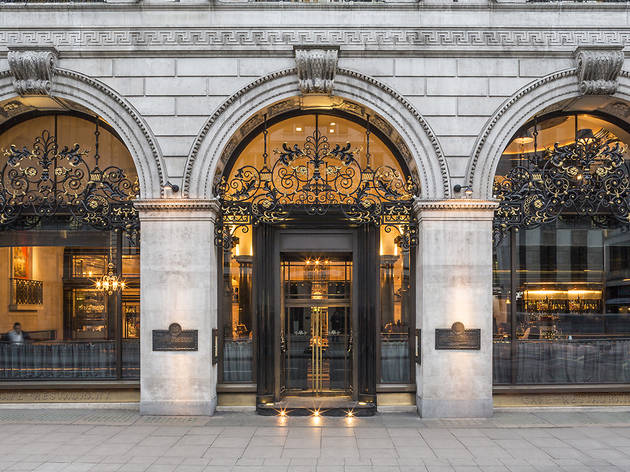 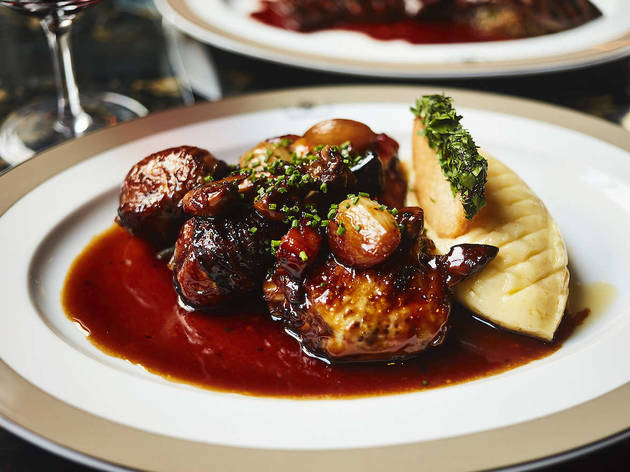 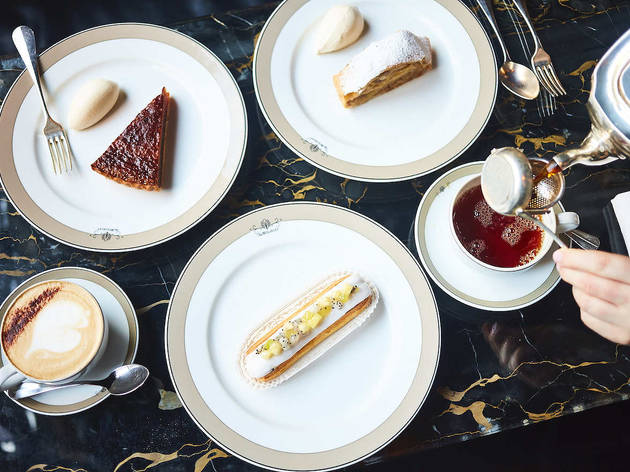 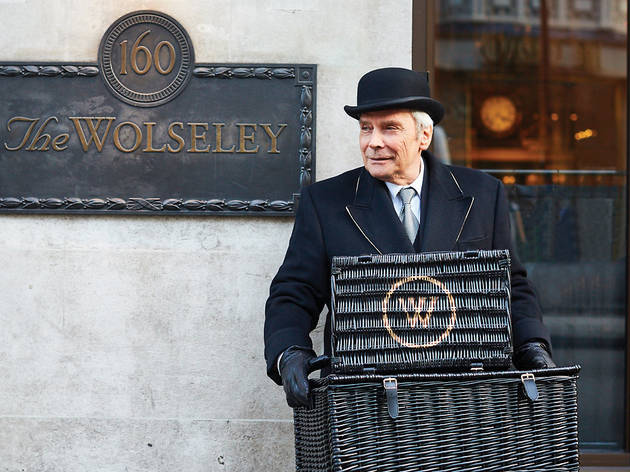 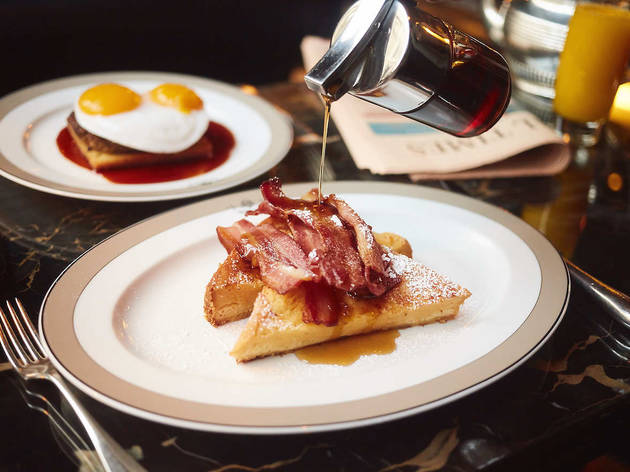 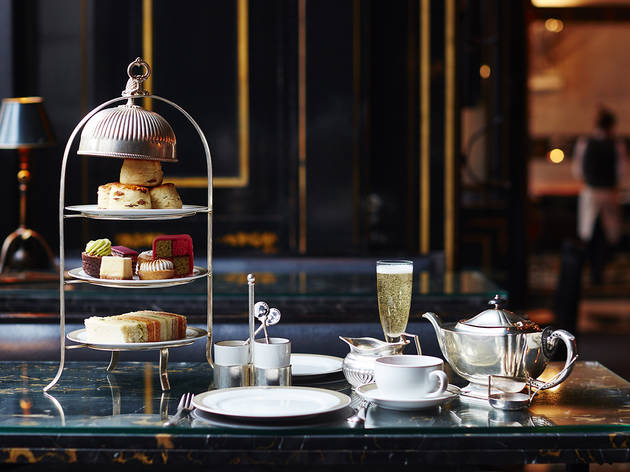 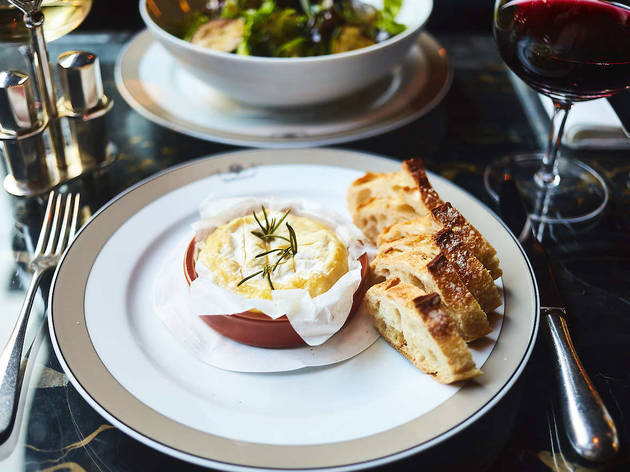 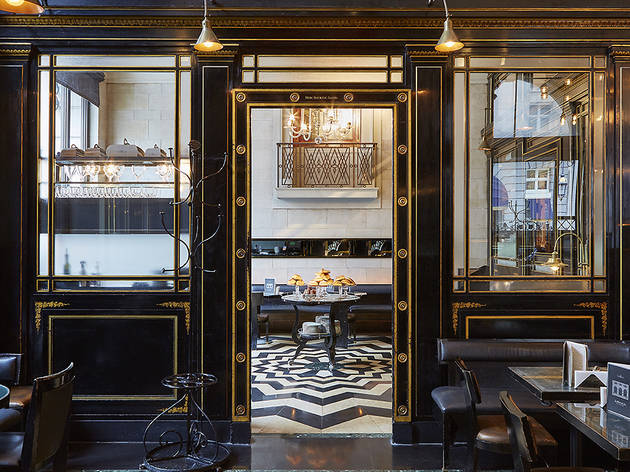 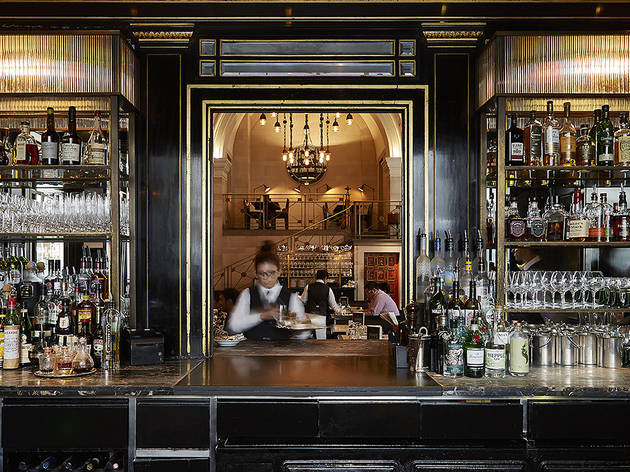 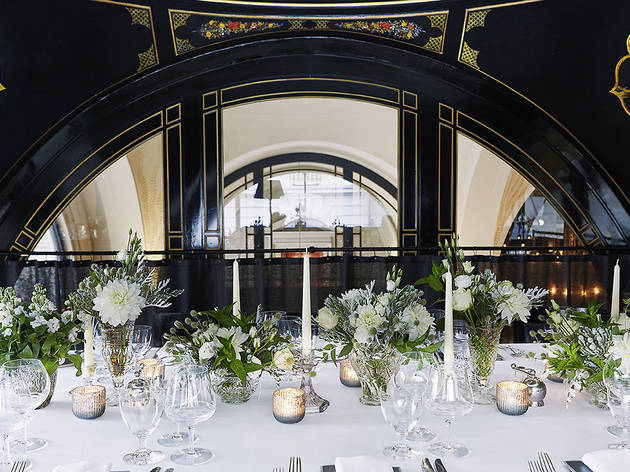 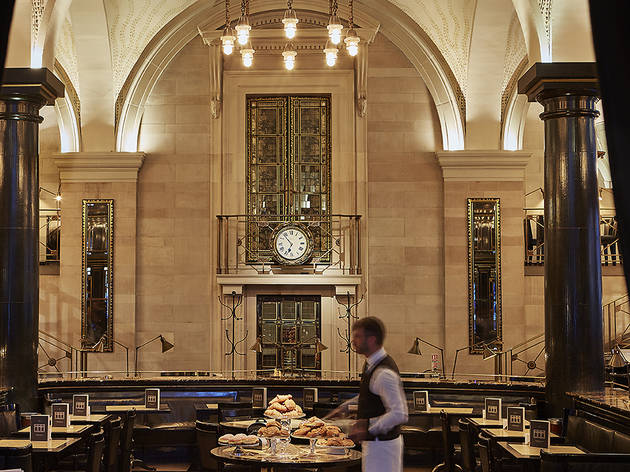 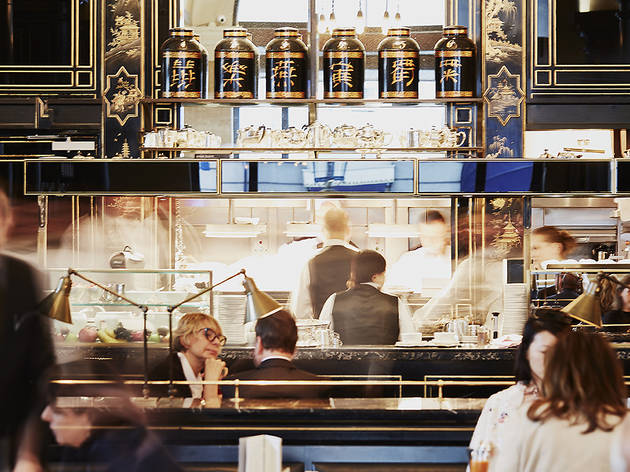 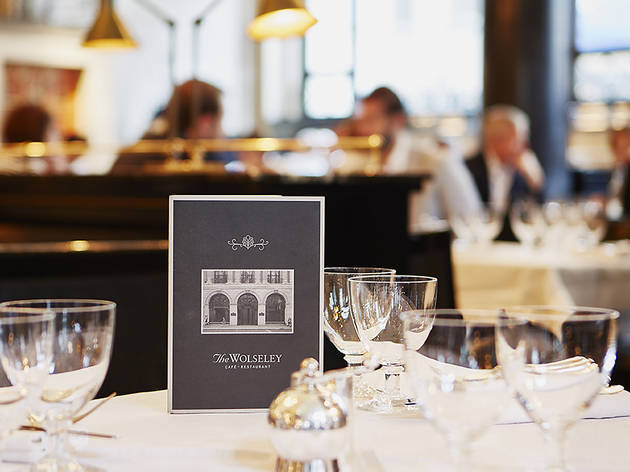 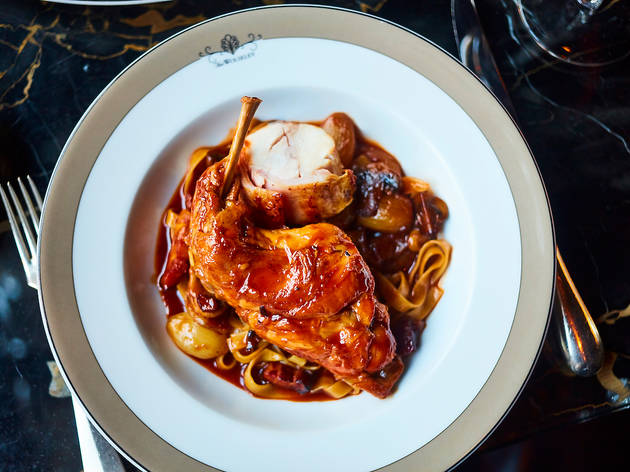 Like its stablemate Delaunay, a ‘café-restaurant in the grand European tradition’ and much-loved for its all-day menu providing something for everyone.

A self-proclaimed ‘café-restaurant in the grand European tradition’, the Wolseley combines London heritage and Viennese grandeur. Its black, gold and cream colour scheme suggests prestige, and you might easily imagine the buzz of conversation and the chink of crockery to have reverberated around the high ceilings since the 1920s. Yet the venue is only a decade old. Nevertheless, it’s now firmly on many a London visitor’s checklist, alongside nearby bastion of tradition Fortnum & Mason.

The kitchen is much-celebrated for its breakfasts, and the scope of the main menu is admirable. From oysters, steak tartare or soufflé suisse, via wiener schnitzel or grilled halibut with wilted spinach and béarnaise to tarte au citron or apple strudel, there’s something for everyone. On the Sunday afternoon of our visit, however, three-tiered afternoon tea stands were in abundance, enjoyed by a diverse mix of patrons: from Japanese businessmen to groups of female friends. Mini cakes and scones on the top tier are as English as the jam that accompanies them, while crustless finger sandwiches at the bottom are replenished by formal staff from a huge service team. Our waiter appeared a touch jaded, but he was certainly efficient, and dealt with complaints from the next table about weak coffee with grace.

The Wolseley says
Located in Mayfair across from Green Park station, The Wolseley is an all-day café restaurant in the grand European tradition. The restaurant offers breakfast, lunch, afternoon tea and dinner and is open seven days a week.