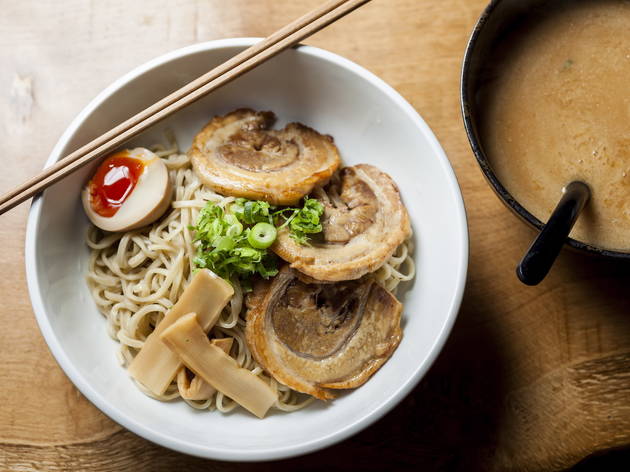 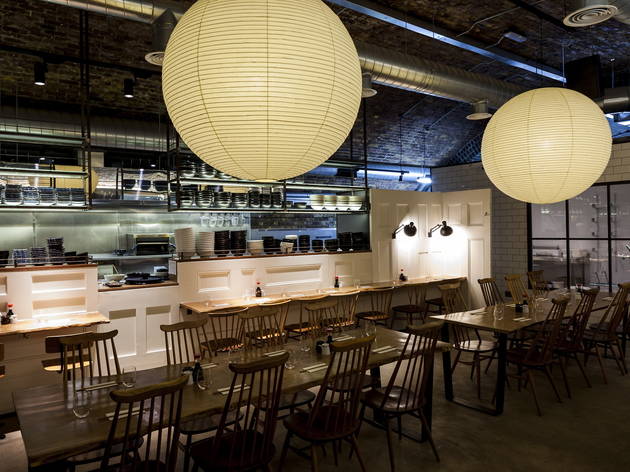 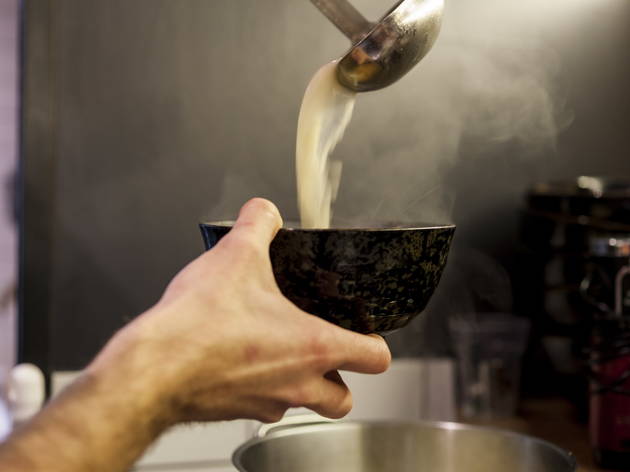 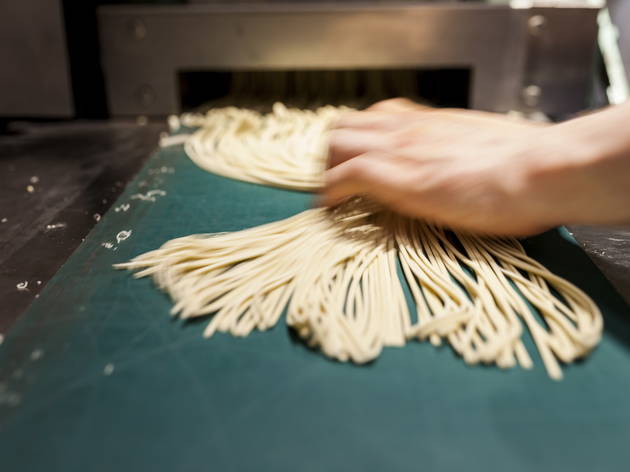 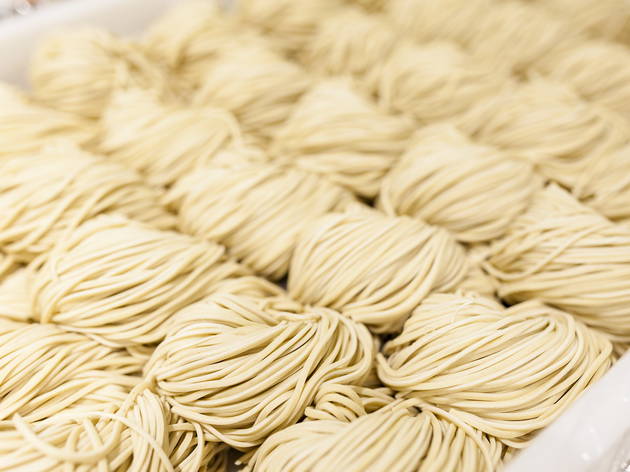 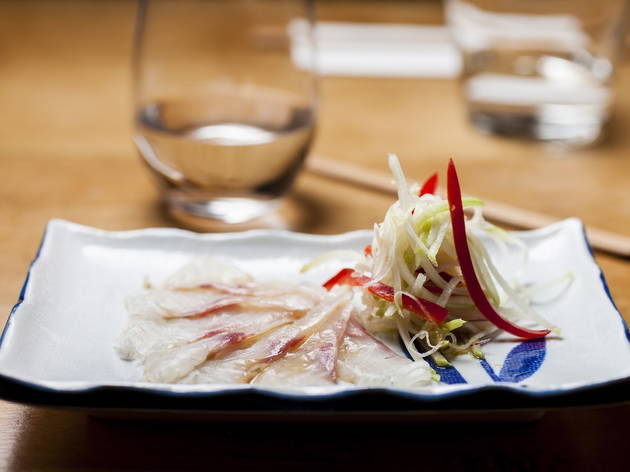 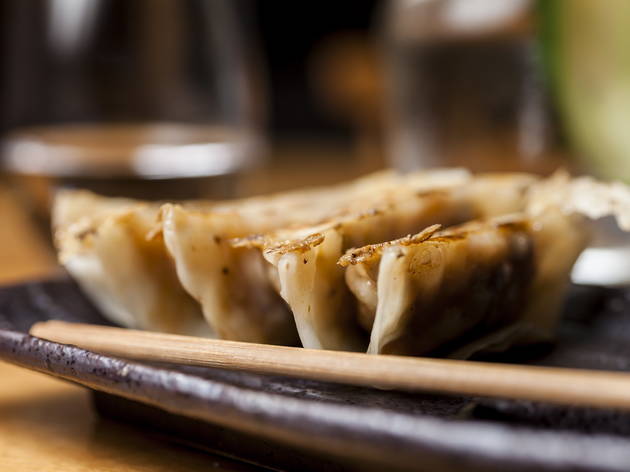 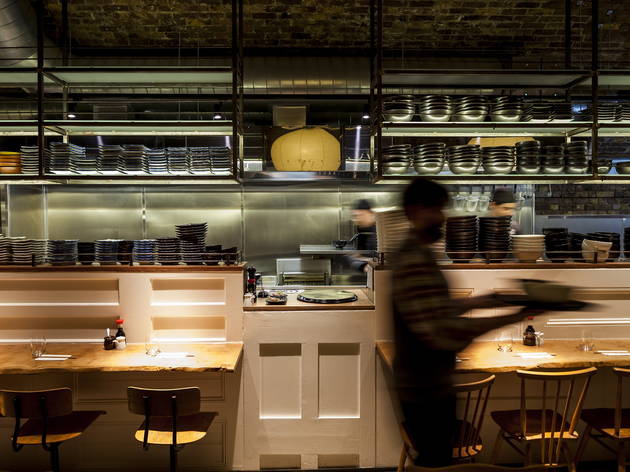 An industrial-chic setting under railway arches, together with noodles that are made in-house, boost this ramen joint’s allure.

In 2012 a horde of noodlemeisters moved into central London with one thing on their mind: ramen. From rowdily flavoured bowls at Bone Daddies to the more traditional at Shoryu, ramen was undoubtedly one of the big trends of last year. And now at the end of 2013 it just got bigger. How so? One of the early pioneers of the movement has headed east.

Joining the colonisation project happening under the arches in Haggerston – an area fast becoming an eating-out destination – the second branch of Tonkotsu is much bigger than its Soho sibling. In full view at the back of the cavern-like space, an industrious worker churns out noodles with a piece of kit not unlike a giant pasta machine.

Like the bare-brick look, the menu is minimal with a handful of side dishes and four types of ramen (for now at least). A dish of dipping ramen (tsukemen) came with thick-cut noodles topped with rolled pork slices, half a soft-boiled egg and a bowl of thick, deep pork-bone broth. The balance of sweet and savoury in a vegetarian mushroom and miso ramen was less successful. But the noodles in each were impeccable.

For a big bowl of comfort food in east London, this noodle joint definitely fills more than just a hole in the wall.