Town House At The Kensington 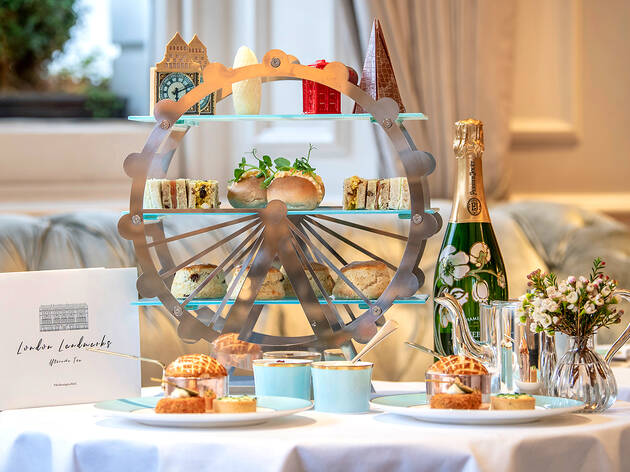 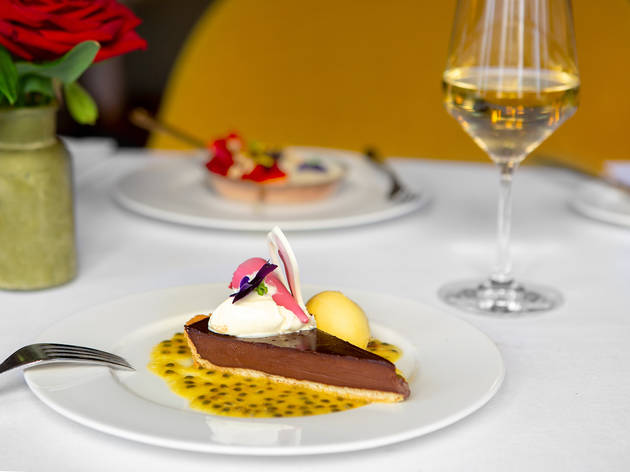 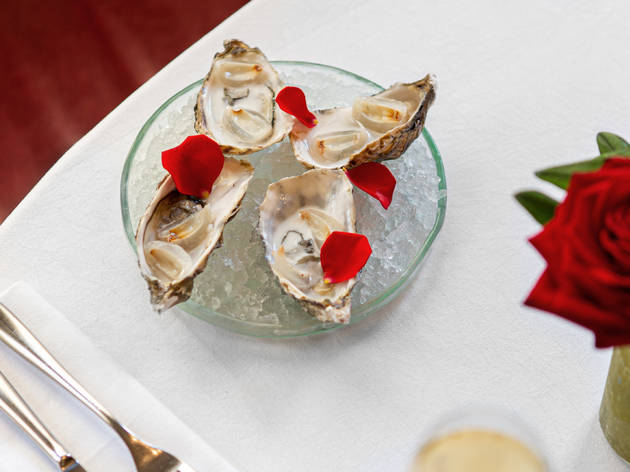 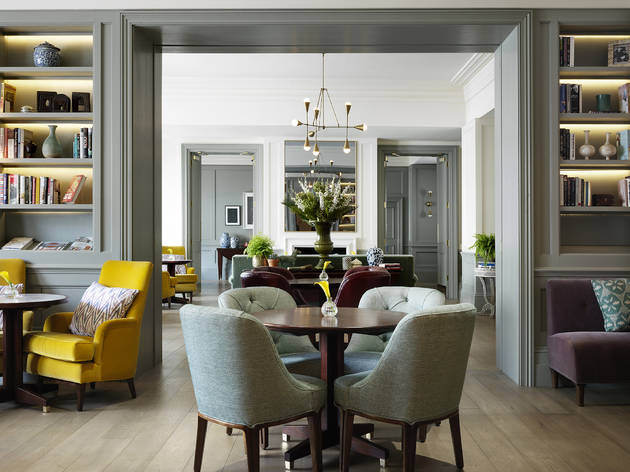 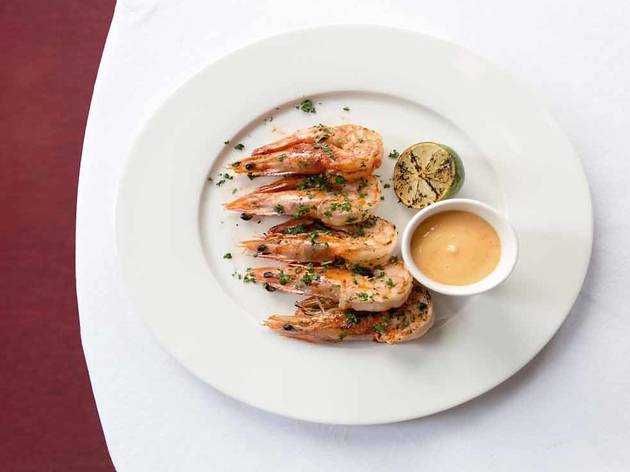 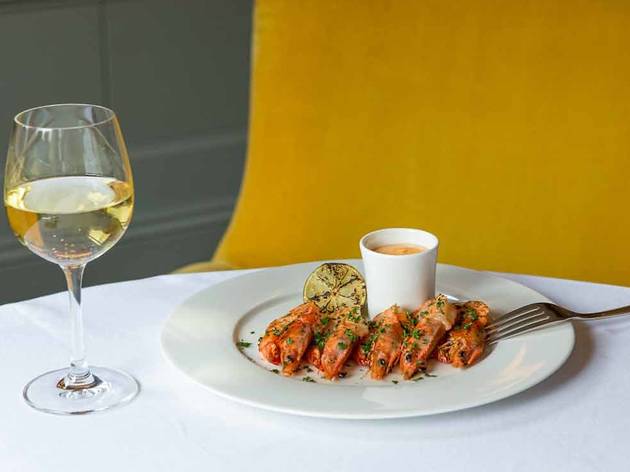 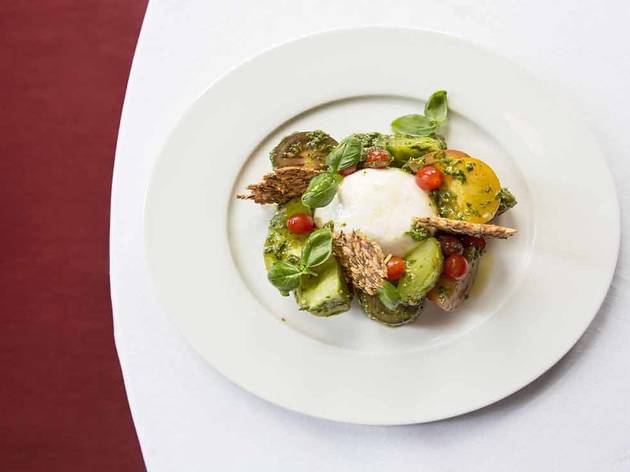 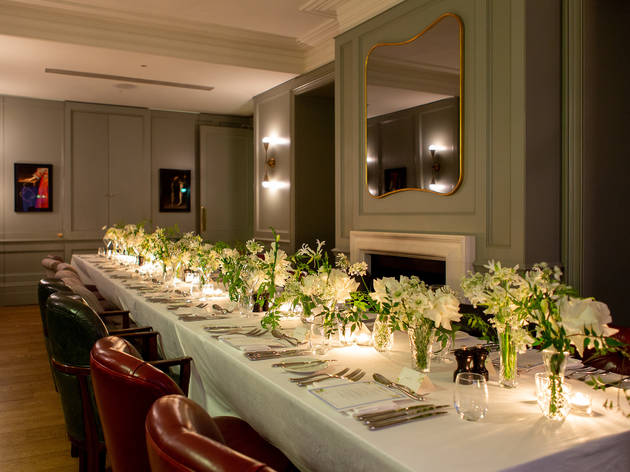 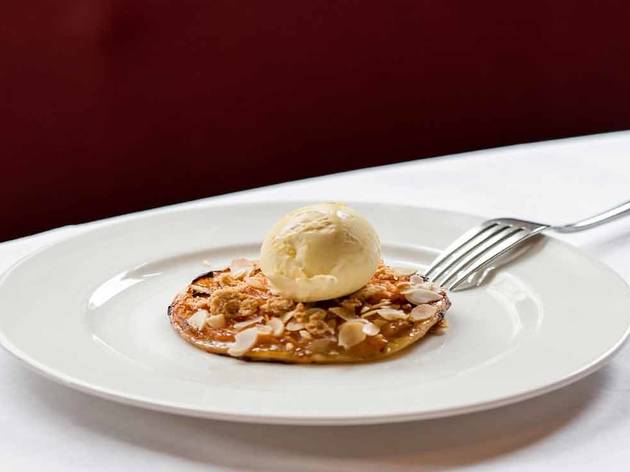 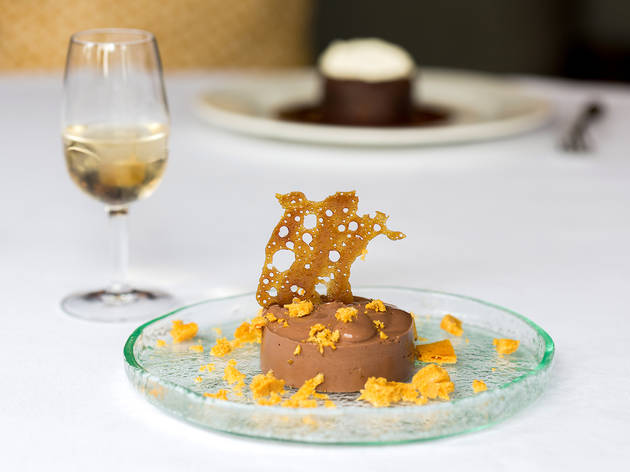 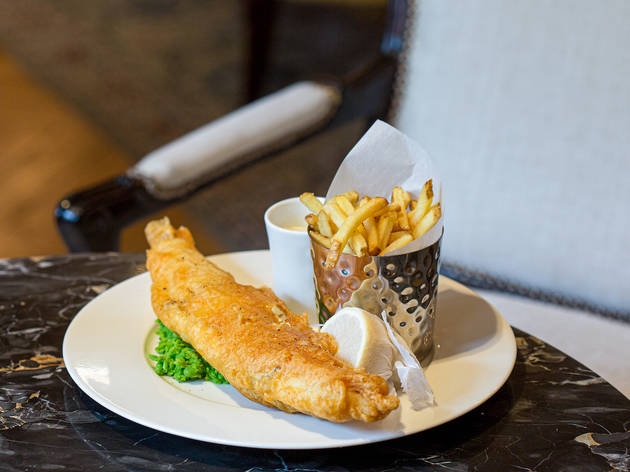 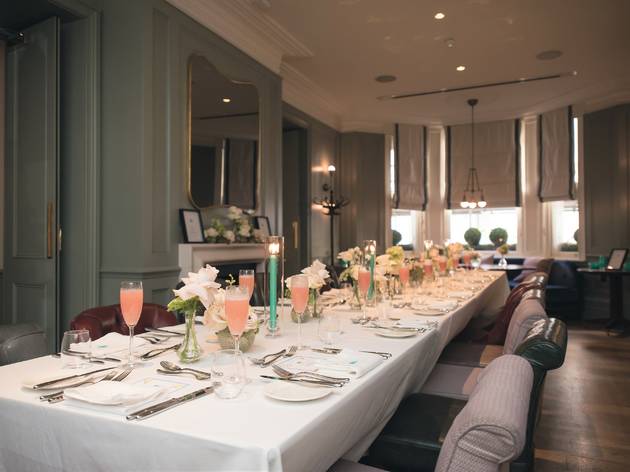 Located within a boutique townhouse, Kensington Hotel’s aptly named Town House restaurant is a casual affair, albeit one with a strong focus on quality food. The period rooms, wood panelling, parquet flooring and bay windows create an air of sophistication, without the pomp.

The food menu has been put together by executive head chef, Adi Mandokhot. Dishes range from caesar salad, grilled asparagus with fresh crab and cress, and smoked salmon served with Guinness brown bread to poshed-up fish and chips, seared sirloin steak with watercress and horseradish, and whole sea bass with lemon and herbs, cooked on the grill.

Town House At The Kensington says
The recently refurbished Town House restaurant is an all-day dining haven, accessed through its own discreet entrance on Manson Place. A home away from home, Town House is the perfect space for breakfast, lunch, dinner or to while away an afternoon over a delicious Afternoon Tea.

Executive Chef Adi Mandokhot has created a menu to match all tastes where the emphasis is on fresh produce focusing on the seasons, balanced with its hand-picked wine list with something for everyone. The restaurant experience, from the service to the ambience make this unfussy space a local favourite.

Great british food and nice ambiance , a superb dining and the service is quick and efficient.

We had lovely afternoon tea (Tale As Old As Time Afternoon Tea) at Town House at The Kensington. The staff were lovely and obviously well trained. The decor is beautiful and complete with open fires - it feels so luxurious. The food was good though some odd things had been made to try and mimic Beauty & The Beast (i.e. the weird tasting jelly which was supposed to be the glass bell jar containing the rose). All in all though, we definitely got a lot for our money and had fun. It made the perfect birthday gift - highly recommend.

How often does a hotel restaurant pop into people’s head when they think of going for an unforgettable meal? My guess is not very often which is a shame because they really are brilliant. The Townhouse at The Kensington is no different and here's why:

The first thing that grabs your attention is the fine period decor that harks back to the halcyon days of some bygone era. Wood panelling, intricate parquet wooden flooring, and bay windows create an air of sophistication. If you're heading for dinner, expect it to be a dimly-lit restaurant that ramps up the intimacy and romance to another level.

Onto the food and it’s clear that quality is very, very high. My starters of seared tuna were light, fresh - essentially the perfect appetizer before my mains of fillet of beef is. A hunky piece of steak cooked perfectly and juicy inside. The sides weren’t anything out of the ordinary, but The Townhouse shows they can do the most basics right too with the velvety smooth mash potatoes, crunchy sweet potatoes and mac ’n’ cheese done perfectly. It may be pricey as to be expected but this is a special place for a special occasion, so treat yourself.

My friends report that the Tiramisu is the best they’ve had, Although I can't verify that claim (I opted for a nightcap in the form of an old fashion, which was excellent), I was left cursing myself a little for not ordering one too just by looking at it.

A mighty fine restaurant to match the 5-star bar right beside it, The Townhouse hotel restaurant within the Kensington Hotel can match any Michelin-star restaurant. A special restaurant for a special occasion. and get's my full approval.

I was so excited to go visit the hotel for the beauty and the beast afternoon tea, having booked it months in advance and taking a day off from work!

We arrived running slightly late and I had plans after so I let the waiters know that we were unfortunately in a rush. They didn't really take notice of the request to bring the food and the tea out, quicker and it was served at their usual pace. Despite this, the service was altogether pleasant and discreet.

The afternoon tea sweet treats were all themed and were pleasant apart from a jelly that was made to be the glass bell with the rose, as it lacked flavour. There were also Cogsworth and Lumiere figures scattered around the dining room but that was the only hint of the themed decor in the place.

It was also quite reasonably priced for a Disney themed afternoon tea.

A really beautiful restaurant in a stunning hotel. Most recently, we visited the restaurant for the spectacular Tale As Old As Time Afternoon Tea to celebrate the release of the new Disney movie.

The décor is lovely and the sofa style chairs are comfy and inviting. The staff were very attentive and explained the menu carefully. When the stand of delights was brought out, the waitress also explained every element in detail so we knew exactly what we were eating.

Would definitely return for a relaxed lunch or dinner.

The Town House restaurant at the Kensington Hotel is currently the home of the Tale As Old As Time afternoon tea, inspired by the classic Disney film, Beauty and the Beast.

When the tea was announced in February it sold out its limited two month run almost immediately, and even when it was extended to November it was full booked in a matter of days.

I grabbed a coveted spot on a Thursday afternoon in June, and eagerly awaited the experience.

It lived up to my high expectations. The restaurant was smaller than expected, and retained a calm and relaxing atmosphere despite the tea's popularity. There was no attempt to cram in as many people as possible, and elegance and luxury was clearly placed above rampant profit-making.

The decor was beautiful. Duck egg blue was the predominant colour, from the menus, to the crockery, to the book-lined shelves. The Beauty and the Beast theming in the room itself was subtle, yet effective: a cloche-covered rose flanked by Lumiere and Cogsworth was the main feature.

We had the full afternoon tea, with a glass of champagne. The tea list was fairly extensive, and the champagne tasty.

The food, however, was the star of the show. Savouries started us off: a mini pie, quiche and arancini ball offered a substantial appetiser.

Then our tea stand arrived, with fresh, delicious sandwiches and luscious cakes. In keeping with the French theme, scones had been replaced by brioche and conserves - which was a nice change, but in truth I did miss the scones.

The patisserie collection was magnificent. Beautiful cakes, mousses and macarons winked up at us, accompanied by pouring cream served in Mrs Potts. You'll want to try the grey stuff (it's delicious!), and the Cogsworth biscuit achieved that difficult feat of being both adorable and tasty.

From start to finish it was an exquisite experience, and the Kensington have done a fine job of offering a themed tea that still feels elegant, luxurious and classic.

If you can get a table, snap it up!

Such a beautiful place to have lunch or dinner. It is quiet, cosy with the fireplace and the comfy sofas and chairs. The food is amazing and service always on top !

The best venue for afternoon tea and relaxation, I particularly loved the sandwiches and the scones as they were very warm and crumbly plus the service is very attentive from George and Alessandro. Thank you and I highly recommend.