Upstairs at the French House 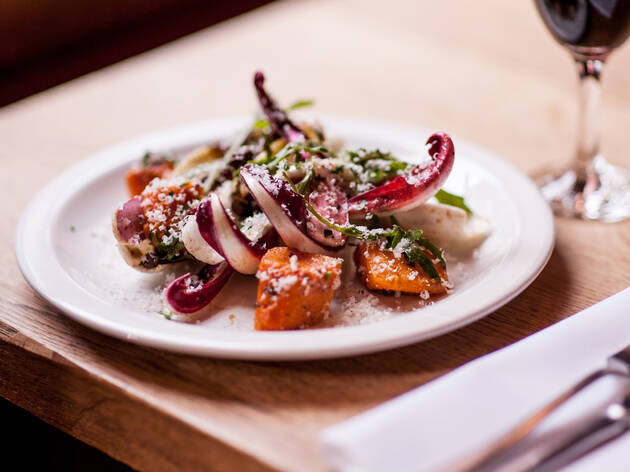 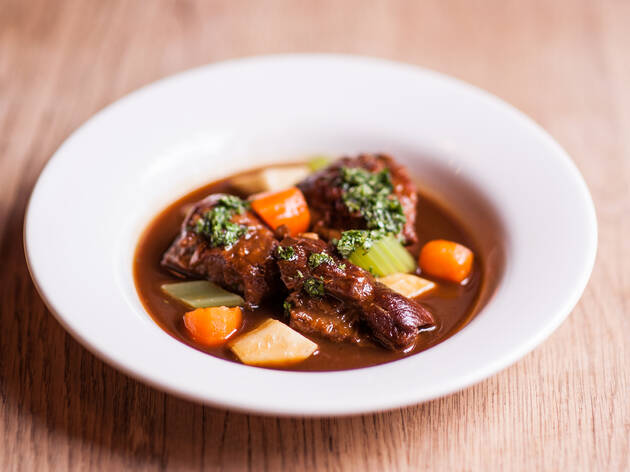 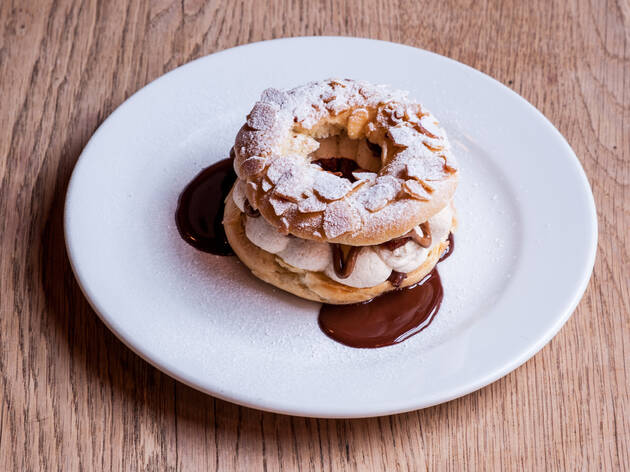 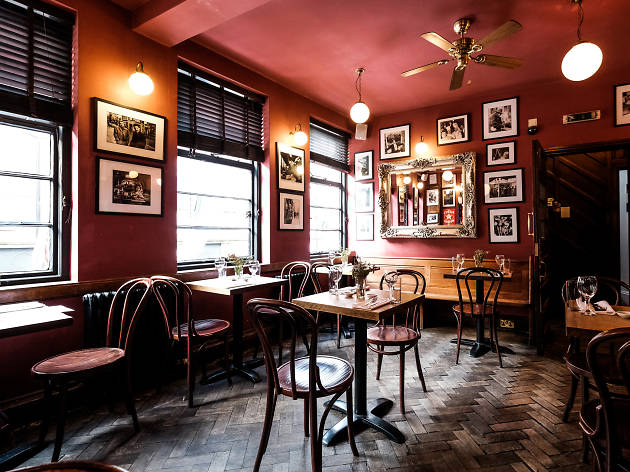 A British-French dining room above an iconic Old Soho boozer.

Ah, ‘the French’: one of the last true vestiges of boozy Old Soho, and a long-time retreat for literary sops and oddball locals. Its teeny upstairs dining room – festooned with black-and-white pictures of salty old geezers – is no less storied than the drinking den below, in part because it’s where Fergus and Margot Henderson first clanked pans in the early ’90s, before peeling off to do St John and Rochelle Canteen, respectively.

The kitchen has recently been taken over by Neil Borthwick, late of Merchants Tavern in Shoreditch. A true chef’s chef, his menu of French and British fare is seasonal, gutsy and stripped-back. Picking highlights is tough, but the starters won out (though a hulking lamb chop main was a wintry triumph, served with earthy chard and turnip). There were smooth, satisfying things on toast: first, a slick of goat’s cheese topped with melting confit bulbs of garlic to smoosh across; then, some blinding smoked cod’s roe – God’s own tarama – with fat radishes and sharply dressed leaves flecked with slivers of black olive. Finest of all were nuggets of cloud-light, blancmange-smooth calf’s brains, fried and doused in brown butter, and strung with capers and parsley: a wickedly rich morass of brown. We finished with a textbook paris-brest – a chocolate-drenched, hazelnut-spiked, doughnut-shaped profiterole on steroids – and a cheeseboard dominated by a potent ossau-iraty.

The service, too, was faultless – our waiter left that cheeseboard on the table and had us holler when we were done with it, a move that was both generous and highly reckless.

In short, it was brilliant. Borthwick’s cooking is practically cutting-edge in its aversion to artsy flourishes and Insta-baiting faff, and is all the more marvellous for it. The only way, it transpires, is up(stairs).