Soho, London: the Ultimate Guide to the Neighbourhood

Discover the best things to do, old-school pubs, world-beating restaurants and more in our insider guide to Soho under social distancing

What’s the deal with Soho?

London's Soho has been showing us a good time for centuries. Its messy grid of streets and narrow alleyways is buzzy, grubby, swanky and sexy in equal parts. Dig deep enough and you'll find that a bunch of famous faces, including Mozart, Karl Marx and the Sex Pistols, have called it home over the years. You'll find remnants of Soho's history as a red-light district in its handful of sex shops, strip clubs and sex-positive bars remaining from its days as London’s main red-light district.

Nowhere in London has suffered like Soho has during the pandemic, with its independent businesses some of the hardest hit. But to counteract the area’s misfortunes, the roads have been pedestrianised and tables and chairs have been added. Soho may no longer be the den of disrepute it was in the ’70s and ’80s, but its bohemian spirit is alive and well as Londoners spill out into the streets in support of the area’s long-standing and legendary restaurants and bars, making up (for once) for the absence of tourists. It's a great time to head down and do some people watching from a pavement spot – or even with a tinny in hand in Soho Square.

Pull up a chair outside Grade-II listed pub The French House. Charles de Gaulle used it as a base in exile during World War II, Dylan Thomas and Francis Bacon both drank here and beer, famously, is only ever served in half-pints. Londoners love it so much, they raised £80,000 to get the pub through lockdown. 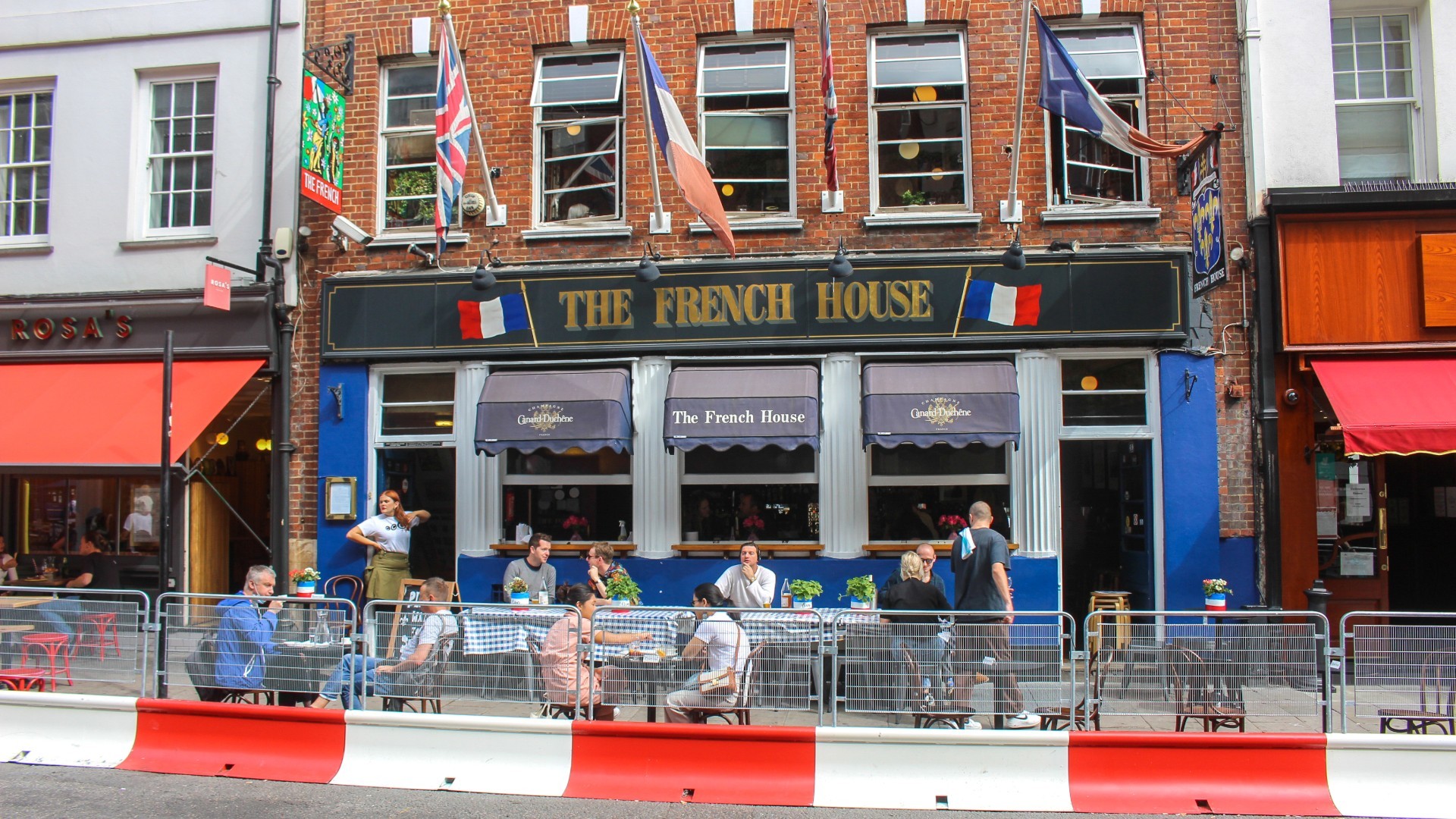 You’re in the right place for unusual. Why not get inked at Soho’s longest running tattoo parlour Diamond Jacks; drink whisky in a bar hidden behind a bookcase at Milroy's; or indulge at Soho's Secret Tearoom nestled above the grotty-but-popular Coach and Horses pub.

Visit The Photographers’ Gallery on Ramillies Street. There’s an ever-changing programme of exhibitions as well as a study room, bookshop and café. Or if you prefer your culture live, the legendary Ronnie Scott's jazz club has reopened for socially distanced shows. Soho was once the centre of the British film industry, so you could even pay tribute at the Curzon on Shaftesbury Avenue. 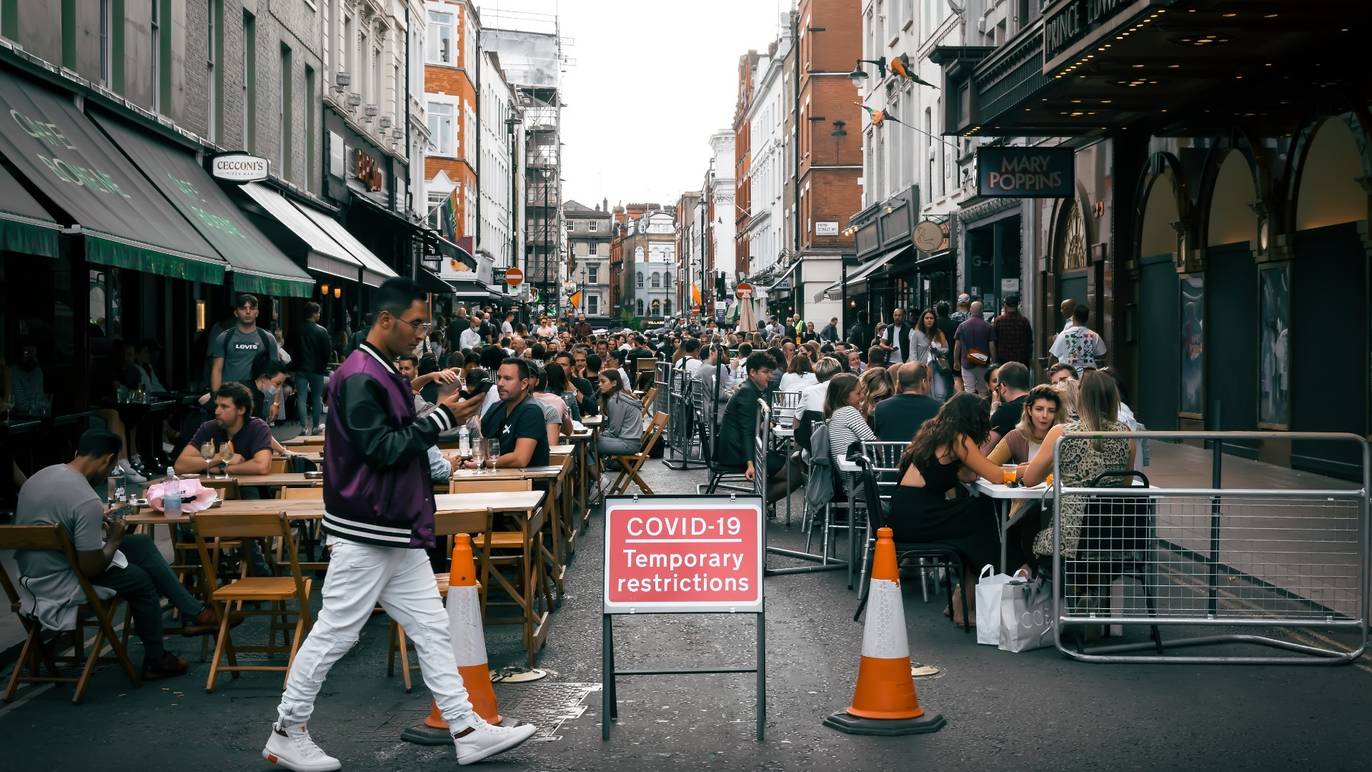 Maison Bertaux has been serving custard slices and chocolate eclairs since 1871, making it London’s oldest patisserie – and it smashed its fundraising target during lockdown to secure its future selling French fancies. And the area’s LGBTQ+ night spots – like world-famous G-A-Y – bring lively vibes to Old Compton Street in spite of a nationwide curfew.

Soho is renowned for the best restaurants in town, and among them are newbies Kolamba – which opened before lockdown and is loved for serving Sri Lankan comfort dishes – and a hotly anticipated outpost of Noble Rot. It takes over the iconic site of Hungarian restaurant Gay Hussur, dishing up exemplary modern European plates matched with the finest wines known to humanity.

Chinatown and its selection of great eats rubs up alongside southern Soho. Oxford Street is one of London’s busiest shopping streets, with Fitzrovia to the north. Covent Garden, with its street performers and undercover market, is in walking distance too.

The best of eating, drinking and staying in Soho 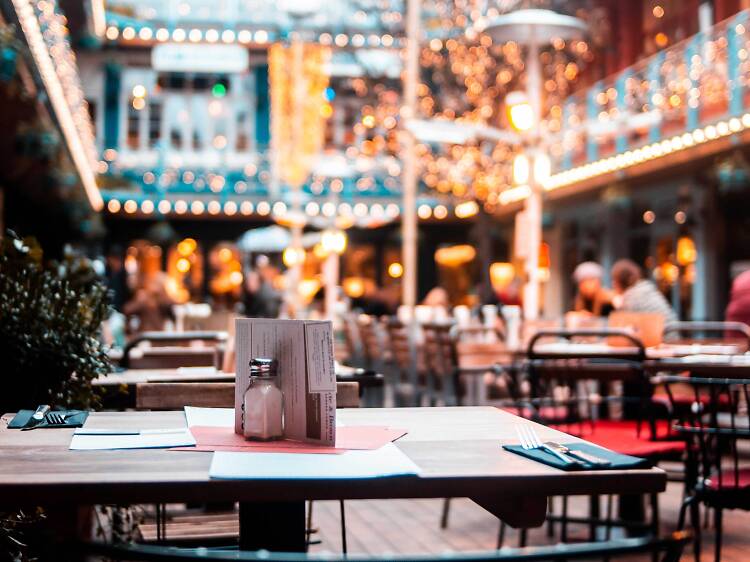 The best restaurants in Soho

Soho has a killer range of restaurants to satisfy any culinary craving, at any price. Our faves are Kricket, Barrafina and Kiln. Want something... 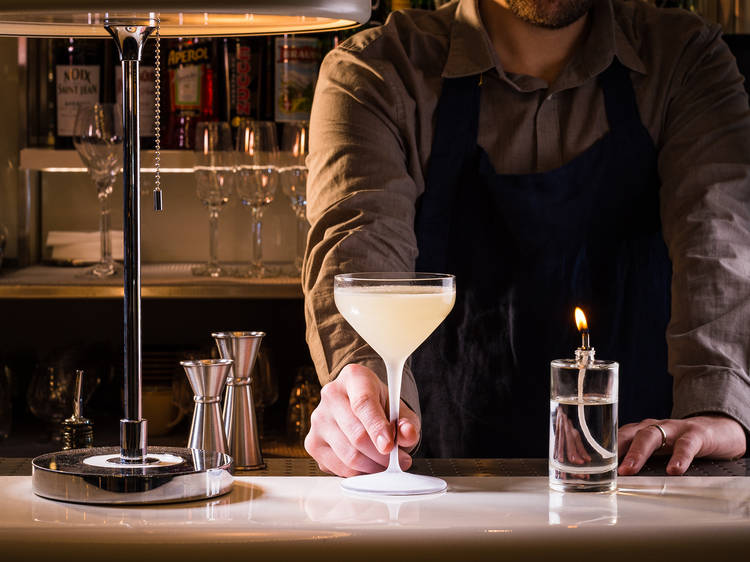 The best bars in Soho

Thirsty? In Soho? Impossible. Check out the basement beneath El Camion for tequila fun times, or keep it light with a sgroppino at Swift, a cocktail... 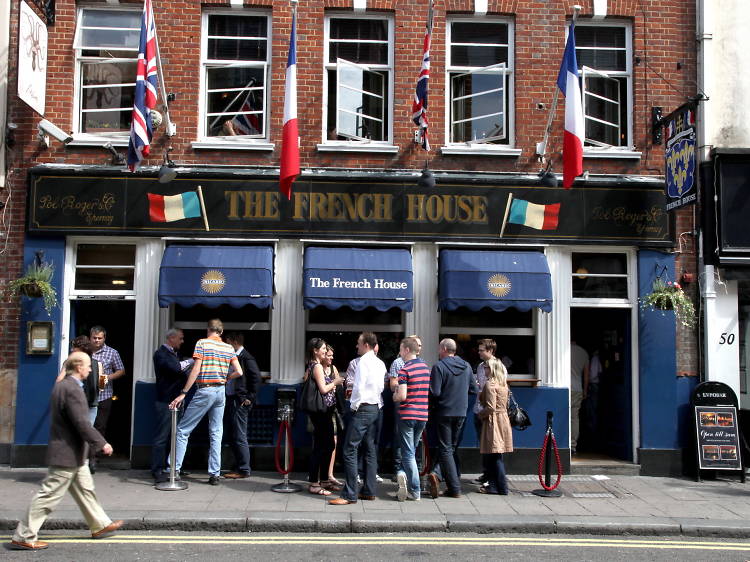 The best pubs in Soho

Amble over to one of Soho's many pubs, from London institutions like the historic French House, where beer is famously only served in halves, and the Coach... 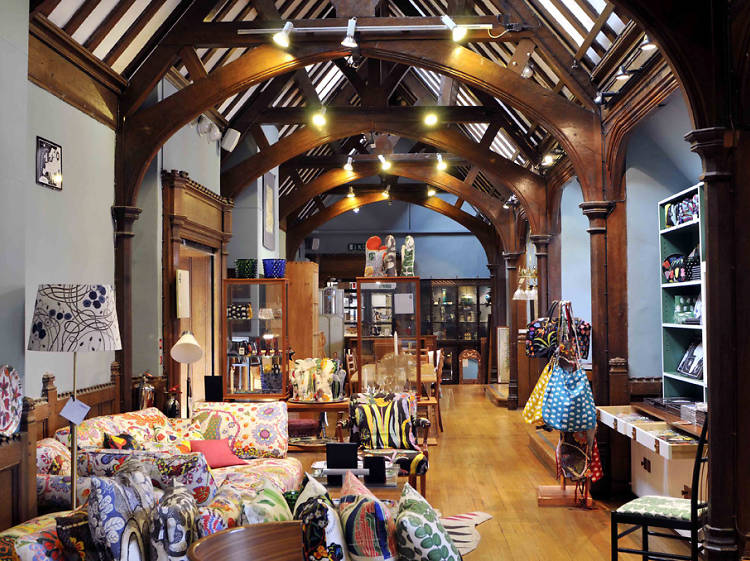 The best shops in Soho

Soho these days is heaven for serious shoppers. For starters there’s Carnaby Street, once a focal point of the Swinging Sixties in London, which is... 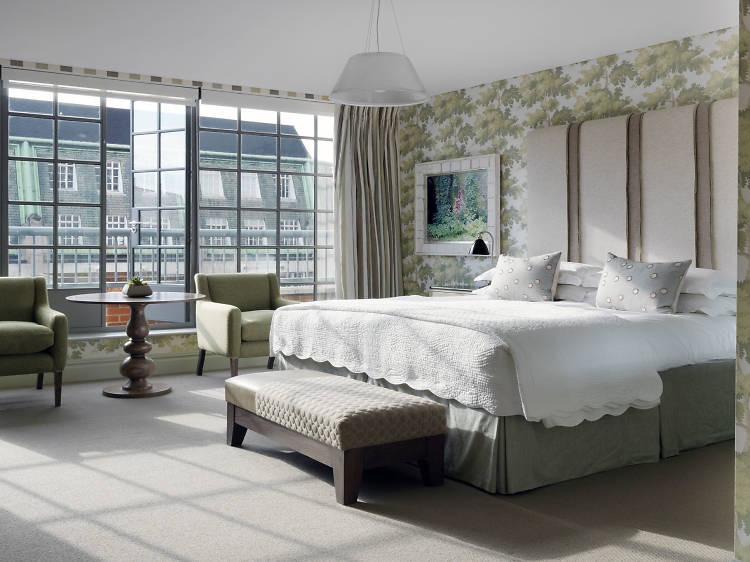 The best hotels in Soho

Fancy staying the night in Soho? You can’t go wrong with the cool, casual luxury of the Soho Hotel. For serious history and a resident ghost or two,...