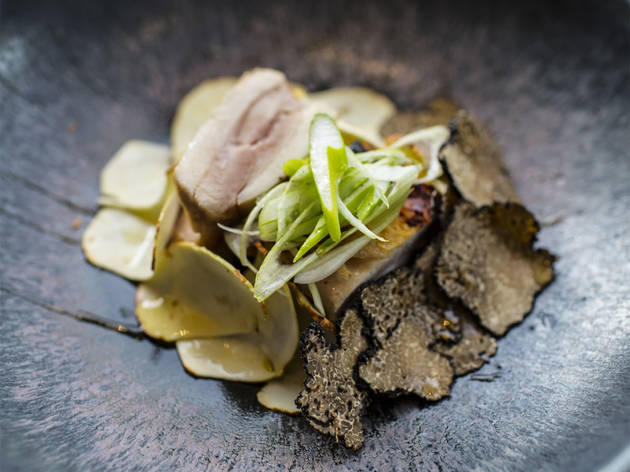 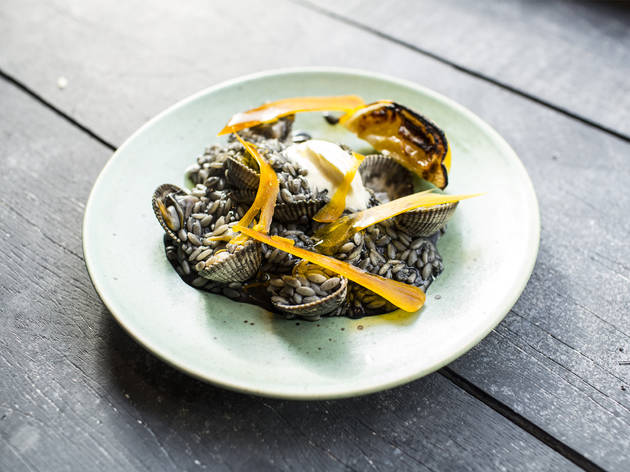 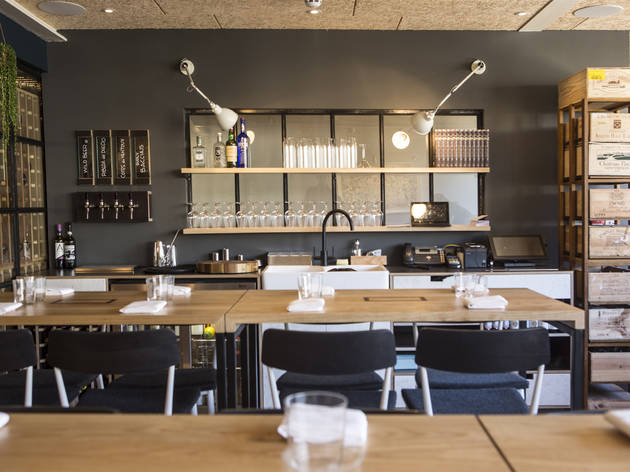 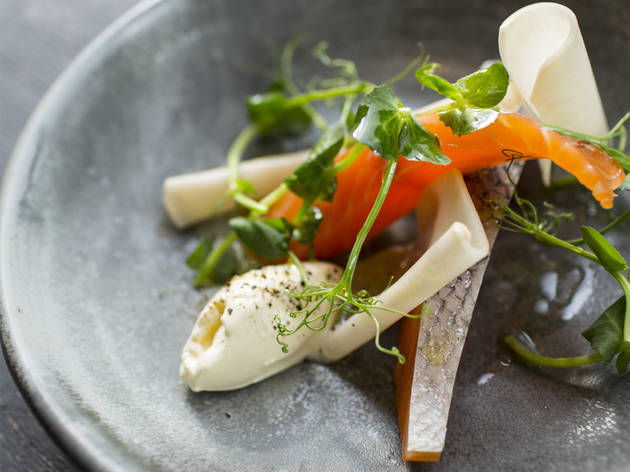 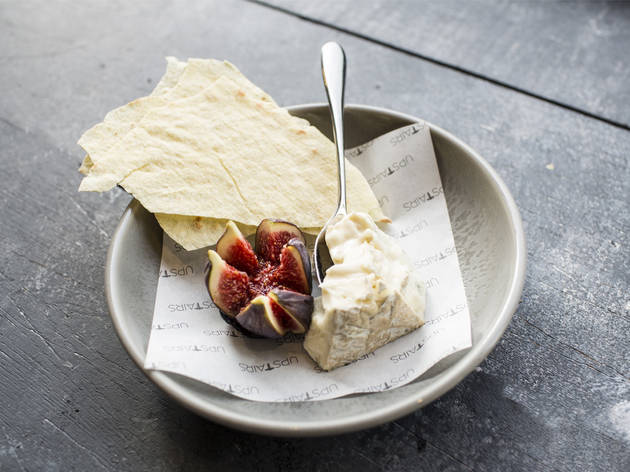 An upstairs alternative to Trinity, one of Clapham's smartest restaurants

Back in the days of ‘Downton’ (as in Abbey… where have you been, hiding under a rock?), ‘upstairs’ was for the posh folk: a place of butlers, footmen, and 102 types of fork. Yet at this new restaurant, above Clapham restaurant Trinity, the reverse is true. The main room, opened by chef Adam Byatt in 2006, is where the linens are starched, blazers are sported, and the occasions invariably ‘special’; climb the stairs and it’s a more casual affair. The original pine floorboards, rather than being ditched for something classier, have been sanded down and patched up; seating is at high tables (tip: ask for the window counter if you’re ‘a deux’); and the music is straight outta Spotify. But this is no Bistro Union (Byatt’s laid-back ‘British brasserie’, in nearby Abbeville Village). The small plates may say ‘casual’, but the cooking is almost as ambitious as at its smart sibling below. But our visit was such a culinary rollercoaster, it should have come with a height restriction and a photo of us screaming halfway through.

One dish was a creamy ‘doughnut’ of mozzarella, with its ‘hole’ filled with an oily sardine mix – it was, as non-word-mincing Lady Violet Crawley would put it, quite revolting. Yet a dessert of vanilla ‘yoghurt’ (really a cultured cream), served with warm chocolate mini-doughnuts and a fragrant quince puree, was the most don’t-tell-Mrs-Patmore delicious pud of 2015. Crab croquettes were a disappointment: instead of any discernable seafood flavour, we found two shards of shell. A too-oily dish of pork belly with squid and chorizo also featured a piece of white onion, intended to be scorched, that was raw. The taste still lingers. Yet ruby-middled rump of beef, scattered with fresh horseradish and served with insanely good, fluffy-middled, crunchy-outered chips was a delight, as was another terrific dessert (rich chocolate mousse with dehydrated clementine).

So, give it a go, just don’t be surprised if you’re hurled from rapture to despair and back again. But, as those Downton-dwellers know all too well, you haven’t really been ‘upstairs’ if you haven’t experience a good dose of drama.