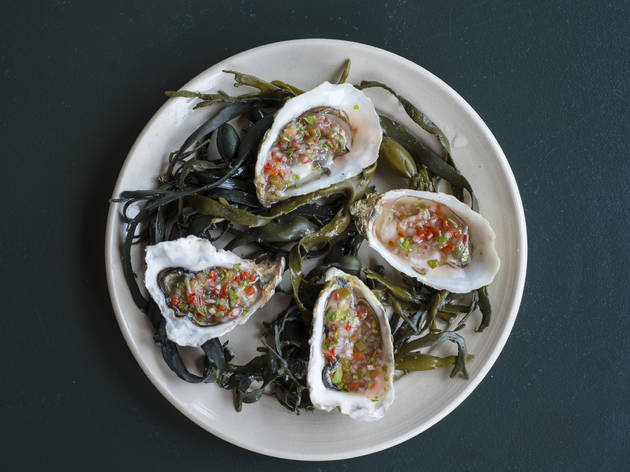 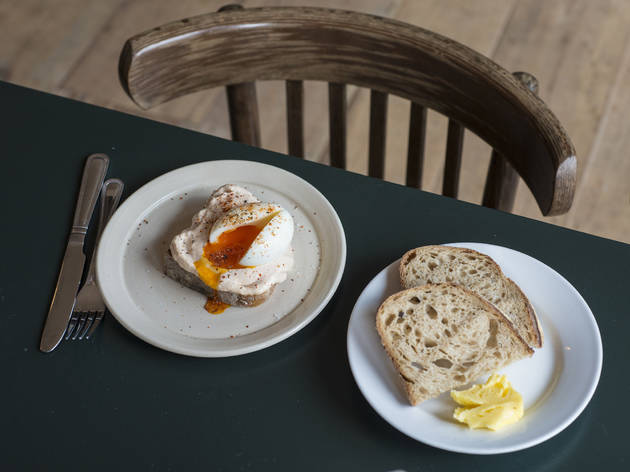 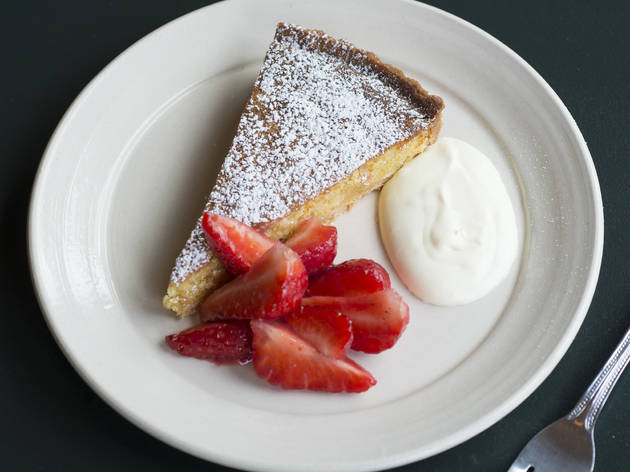 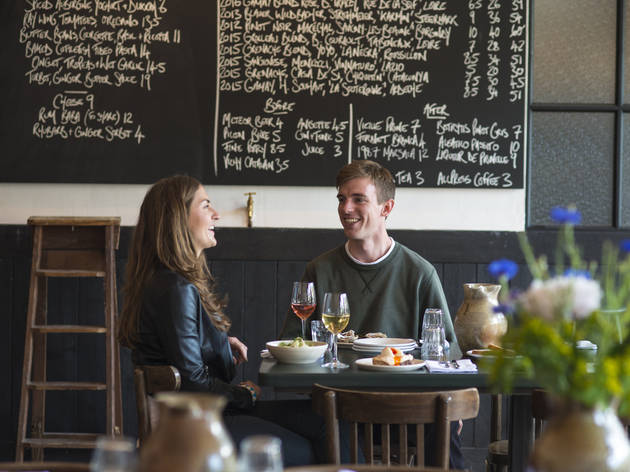 Most conversations about Westerns Laundry start like this. ‘You know, it’s the sister restaurant to Primeur’, or ‘it used to be the laundrette for Pentonville prison’. Its much-loved north London sibling hovers between destination restaurant and cosy neighbourhood hangout, the kind of place where the small plates change daily and come chalked up on a board.

Westerns Laundry has a similar charm. The menu is, again, scrawled on a blackboard. Scrawled being the operative word: either someone needs to work on their handwriting or I need to get my eyes re-lasered. Still, once a waitress decoded it for me, it was clear that it’s not as overtly ‘meaty’ as at Primeur. Here, land and sea receive equal billing. The overall cooking style is much the same – modish, European-ish – it’s just a little lighter.

To kick off: something fishy. Moreish, glossy taramasalata, trowelled on to sourdough toast, with a teetering hen’s egg on top. As soft-boiled as an egg can be before you’d say, ‘This has definitely been cooked, right?’, it had been slit open, its intense-hued yolk – the colour of marigolds – spilling out as if from a mortal wound. It was modest, yet magnificent. Less impressive was a lobster fideuà (a Valencian paella made with pasta rather than rice), its alluring bisque-like flavour not enough to compensate for being overbaked.

No matter: everything else was superb. From an unctuous slice of glazed lamb belly with a faint echo of heat, to a humble, peasanty dish of butter beans cooked in a mellow, herb-flecked tomato sauce.

But there was one dish that needs to step forward and bow deeply: the guinea fowl. Crisp-skinned and juicy, it arrived under a burly, caesar-esque tumble. Whole, crunchy baby gem leaves, size-zero slivers of anchovy, dense croutons, smoky strips of Spanish pancetta and a snowdrift of parmesan. Sigh.

If it was ‘in town’, Westerns Laundry might just feel like another sexy small-plates restaurant. Tunes are groovy. The open kitchen spans the rear. The tables at its centre are communal. You can, of course, sit at the counter (beware: the stools are high and backless). To the side, there are banquettes, with blackboard-topped tables on which they’ll chalk your name: cute. But it’s too friendly to be a W1 gaff and – guess what? – you can actually book. And you’ll need to. Word has already got out.