A sibling to Holloway’s Xi’an Impression, but with more noodles.

It would be remiss of me to introduce Xi’an Biang Biang without first talking about its big sis, Holloway’s Xi’an Impression. If you’ve been, you’ll know it as a foodie mecca, a place where the attention-seeking flavours of northern China will be burned into your taste buds and possibly your soul. But then you’ll also know that it’s mercilessly small, leading to an inevitable near-constant queue, and that its address is great if you’re already near N7, but isn’t exactly central.

So this, its spin-off, is a saviour on many counts. It’s big, meaning you can usually walk straight in, and it’s in Zone 1 (at the lower end of Commercial Street, on what an enthusiastic estate agent might call the south side of Spitalfields). And yes, in spite of the tweaked name, it has an almost identical menu. The only difference? More noodles. Because biang biang are wide, wet, spicy noodles, originally from China’s Shanxi region.

The cooking remains brilliant. There’s the dark, dangerous-looking ‘refreshing black fungus’, which looks like a plate of frilly-edge cloth granny brooches, with a mouth-feel that’s part chew, part crunch. Flavours are delicate: these are deep, brooding canvases for the chilled dressing; light and laced with vinegar and fresh herbs. Honestly, do order it. When all the stodge arrives later, you’ll be glad of its subtle sharpness. Another must-order is a cold starter of moist shredded chicken – its temperature (or lack of) allows the carefully balanced levels of spice and fragrance (from Sichuan peppercorns to tiny strips of celery and scallion) to come through in rippling waves.

But enough about that. You came for noodles. Like the signature hand-pulled biang biang, also known as ‘belt’ noodles. They’re not just wide, they’re long. Like, loooooong. Even if you’re a master chopstick-wielder, I challenge you to pick up a whole one without cutting it first. (Seriously: there’s a reason these tables are wipe-clean.) They’re hand-pulled in the open kitchen, then slathered with any number of sauces and toppings, all delicious. Best of the lot has to be the beef and chilli (veggies: there’s a meat-free version too). Against the satisfyingly thick and chewy noodles, and the tender hunks of beef, you also get flavours that are complex. The heat doesn’t just smack you in the face, it builds slowly, like a piece of music. In the distance, there’s the gentle hum of allium (you’ll find lots of braised scallion), alongside alternating spikes of tang sat over smooth licks of oil, with the occasional punch of dried roasted chilli. It’s intense and intriguing, but hugely satisfying. It’s a triumph.

There are also hand-pulled ‘thin’ noodles, not unlike spaghettoni (spaghetti’s thicker cousin) and cooked to just past al dente. Soft, but not too soft. Again, these are served more ways than Starbucks makes coffee, from soup to classic toppings of minced pork and veg. The ‘special sesame sauce’ version, unique to this branch, is, yes, very special. It manages to somehow be both rich and light, with a milky nuttiness and a fragrance you feel you could inhale.

As it happens, the street food small plates, like pudgy, pork-filled dumplings in a pool of mellow chilli oil, or moreish golden-edged chicken and vegetable pot-stickers (fried dumplings), shine equally bright. Only the service, which varied wildly from friendly and helpful to brusque and indifferent, needs work. And don’t expect sophistication either: this is a drinks-in-the-chiller-TV-screen-overhead kind of a place. 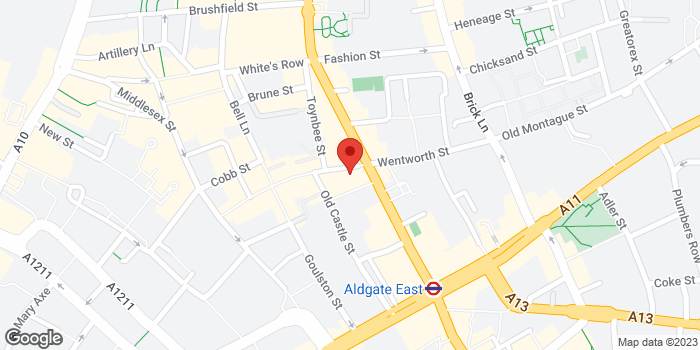 Price:
Dinner for two with drinks and service: around £75.