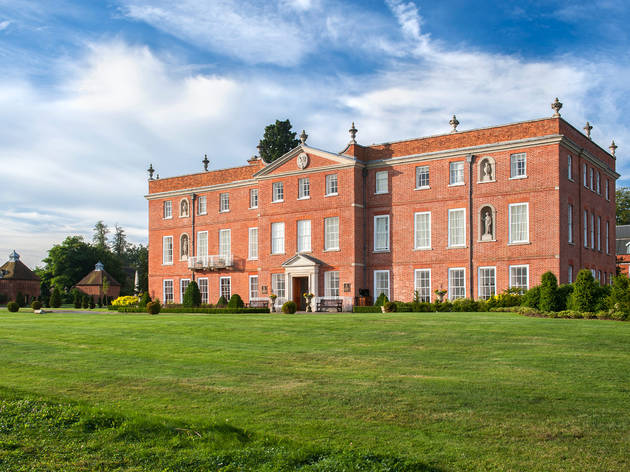 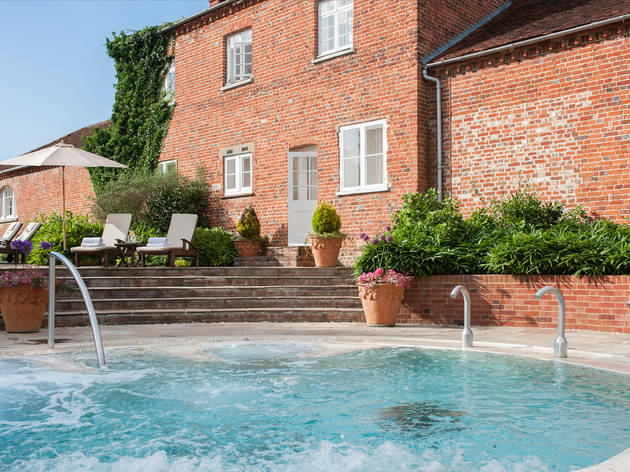 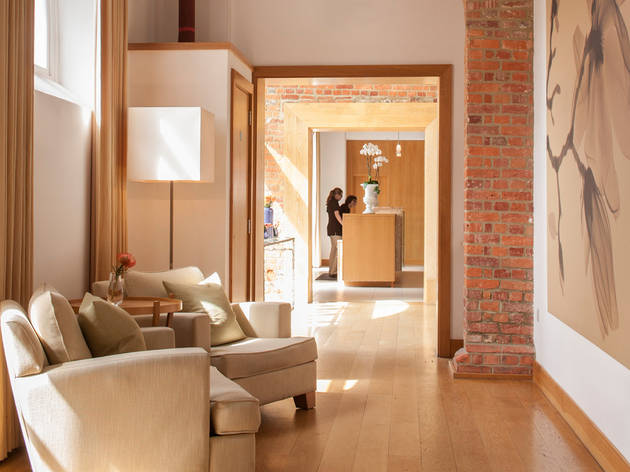 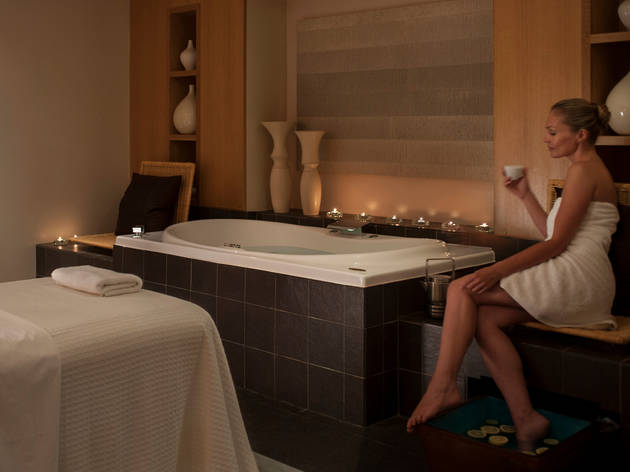 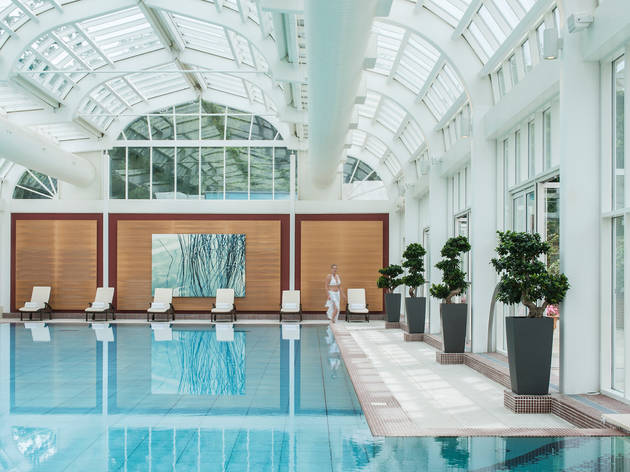 Escape the capital for a day of calm and luxury in the stunning Hampshire countryside.

An hour's train ride from Waterloo, The Four Seasons Hampshire in Dogmersfield is a stunning Georgian manor house set in 500 metres of rolling countryside. Once you've cruised up the sweeping driveway and taken in the lakeside views, you'll find the spa located in the manor's old stable blocks. Rustic on the outside, inside, the spa's cream walls, exposed brick and clean lines make for a modern but warm retreat, and on a sunny day (as it was when we visited), natural sunlight floods through french windows lining the corridors and changing rooms giving the place a Mediterranean feel.

Upon arrival staff are immediately friendly and efficient, and deck you out with a fluffy robe and pool slides for your visit. Once de-clothed, beyond the airy changing rooms is a 20m pool, which sits in a spacious conservatory looking out on to luscious greenery and an al fresco vitality pool. Along with the pools, there's a fully-equipped gym, two fitness studios, a mixed amethyst steam room and clear quartz crystal sauna, female-only and male-only saunas and steam rooms, as well as luxurious relaxation areas. There are also 15 treatment rooms which offer the works. Anti-ageing Swiss Perfection Therapy, ESPA aromatherapy and Sodashi holistic therapies (which we tried and absolutely adored) are all available, while signature treatments involve the use of fresh lavender, rosemary, mint and cloves amongst other herbs, which are all hand-picked from the hotel's garden.

Ravenous after hours of sheer relaxation, you can tuck into lunch (still fully robed) in the spa restaurant, which serves up delicious pan-Asian plates and homemade desserts. And if you fancy making a weekend of it (though the Four Seasons Hampshire is absolutely worth the trip from London just for a day), there's plenty else on offer. We say go for the the full Made in Chelsea experience and indulge in classic countryside pursuits such as croquet, clay pigeon shooting and boating (on the nearby Basingstoke Canal).

Spa packages here don't come cheap, but after at least an hour in this country hideout, you'll feel at least a year younger. Opt for the Digital Detox package, where you surrender your iPhone for the day, and forget that the real world exists. Don't mind if we do…