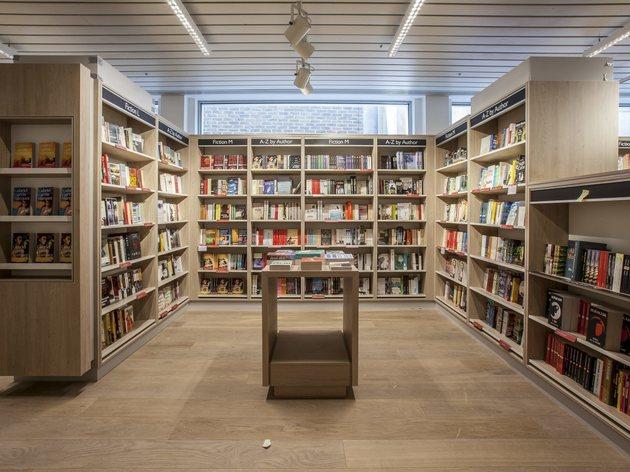 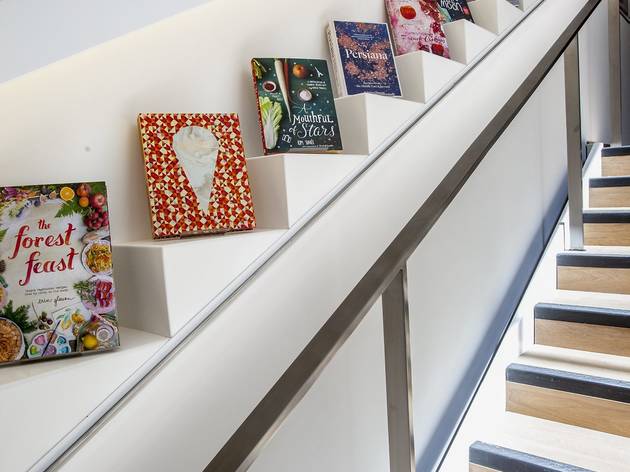 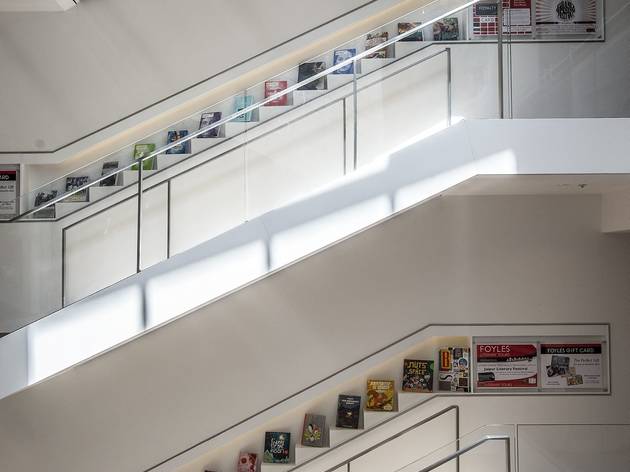 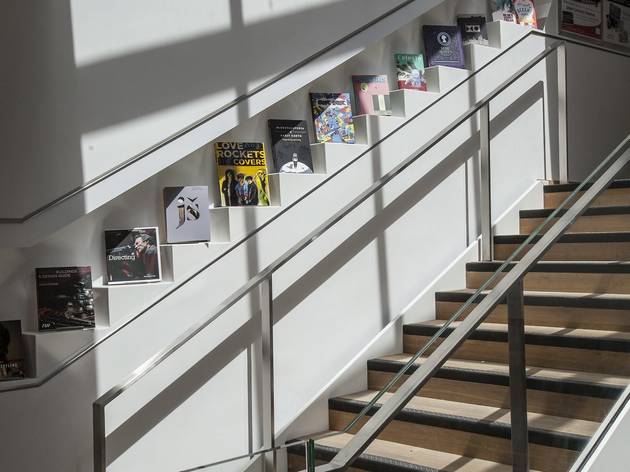 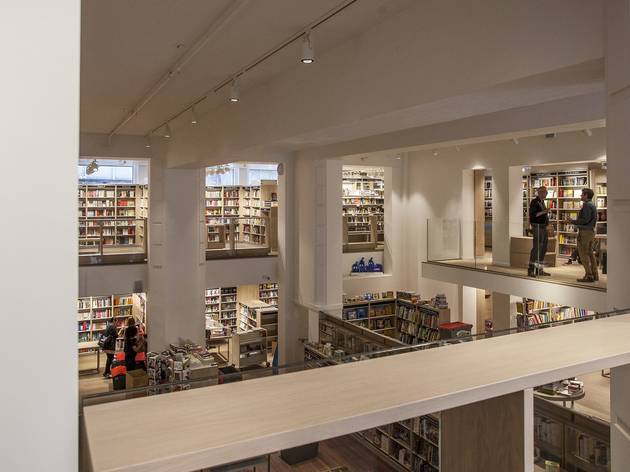 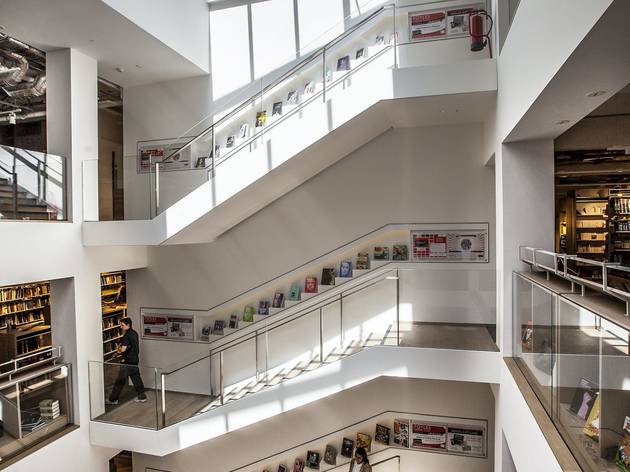 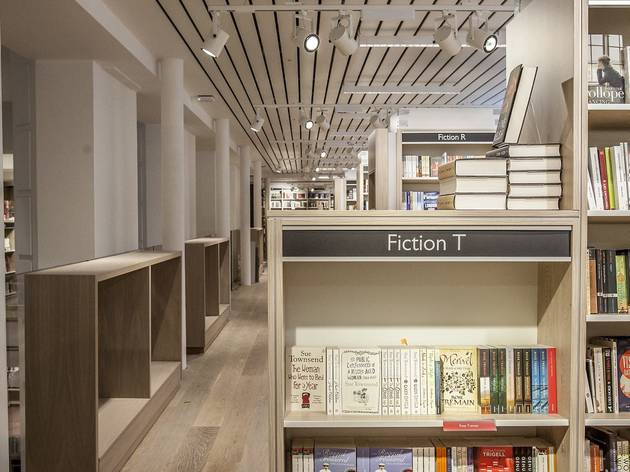 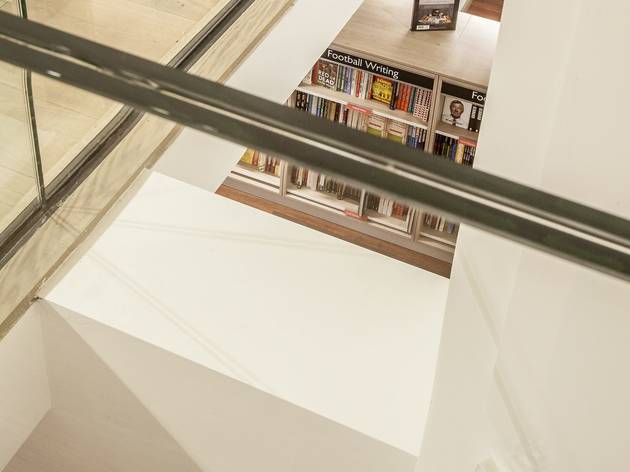 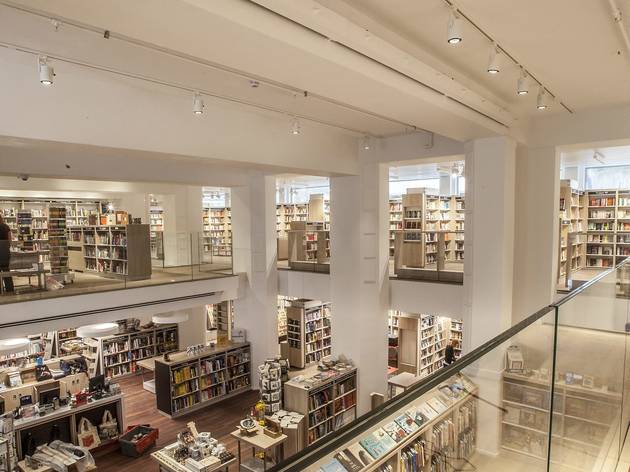 If the old Foyles was a bookish uncle in a soup-stained cardigan, the new Foyles is a hip teenage cousin: ahead of the curve where apps and indie cinema are concerned, but sporting a pair of off-puttingly flash trainers. Foyles has always been one of those shops that trades partly on sentiment, with its labyrinthine layout, oddball-friendly café and loyal staff: Giles Armstrong, manager of the foreign languages department and Foyles' longest serving, had clocked up an impressive half-century on the payroll in 2015. News that Foyles was moving, and its much-loved café closing, was greeted with understandable dismay by Time Out readers, but standing in the vast, updated premises (just a couple of doors down from the old one, in the former Central Saint Martins HQ) it's easy to understand the decision.

Foyles CEO Sam  Husain describes the new store  as ‘a bookshop for the twenty-first  century’, with 37,000 square feet of floorspace laid out immaculately by architects Lifschutz Davidson Sandilands around an impressive central atrium, and eight levels (four actual floors) packed with more than 200,000 books. Wherever you stand, you can see every part of the building, and the place is bathed in a gentle, contemplation-inducing glow. It’s light years away from the dusty nooks and crannies of the old building, and a bold visual statement of Foyles’s ambition and new image.

In the age of the e-reader and Amazon, punters need a good reason to visit a bookshop, and the new story has plenty. Books aside, the focus is on the social aspect of reading. A whole floor is dedicated to events, from readings by Michael Palin and Jarvis Cocker, to themed reading groups or literary tours. The swish new café is run by Leafi, the people behind Whitechapel Gallery's smart bistro, so expect something slick rather than homely. There's also a capacious art space curated by cultural innovators Future City.

There are no real signs of the building’s former life, although one was uncovered during the redevelopment, in the form of ‘a big wall that had been given a going over by some art students’, according to the shop’s manager. This is in stark contrast to the old premises, where expansion work turned up disused rooms and even lifts that no one knew anything about.

Foyles veterans may find the new store a smidge anodyne, but any business making such a gutsy statement in favour of ink and paper, and bringing the printed word to life in such a sociable setting, deserves an exciting new chapter.
Branches: Southbank Centre, St Pancras Station, Westfield, Westfield Stratford City.
As featured in the 100 best shops in London
Share Tweet