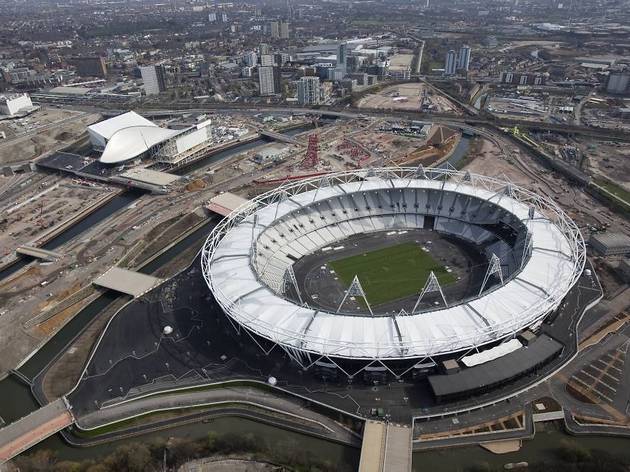 Step foot in the place that hosted the Olympic opening and closing ceremonies in 2012. Now home to West Ham FC, you can catch a match here, see massive live bands (like The Rolling Stones), and take a tour of the grounds.

London Stadium Tours says
Not to be missed, a fantastic opportunity to explore the world famous London Stadium. Go behind the scenes and find out fascinating facts with our exclusive part guided, part multimedia tour.

London Stadium is located within the Queen Elizabeth Olympic Park, just a short tube ride from central London. The much loved former Olympic Stadium has been transformed into a superb multi-use venue and is now home to West Ham United and UK Athletics. As well as Premier League football, London Stadium saw Usain Bolt and Mo Farah crown the IAAF World Athletics Championships. The venue annually sees a run of concerts throughout the summer and has seen world class acts including; Guns N’ Roses, Jay-Z and Beyoncé, Rolling Stones and Foo Fighters perform.

2019 will see London Stadium as the first venue in Europe to host Major League Baseball, when the New York Yankees and the Boston Red Sox meet.

· Panoramic views into the stadium

Make your own memories with unique photo opportunities along the route and all guests receive a complimentary personalised certificate.