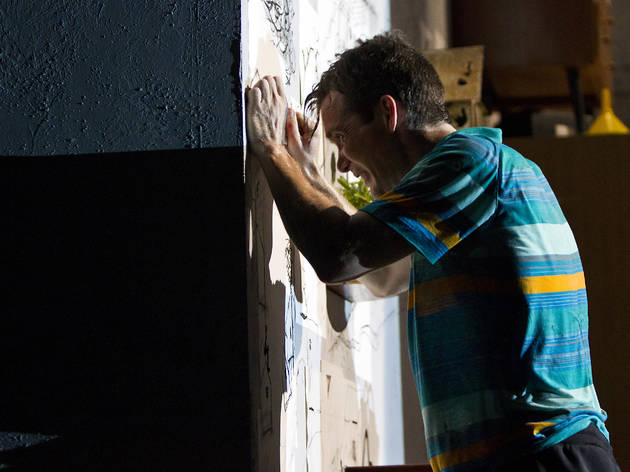 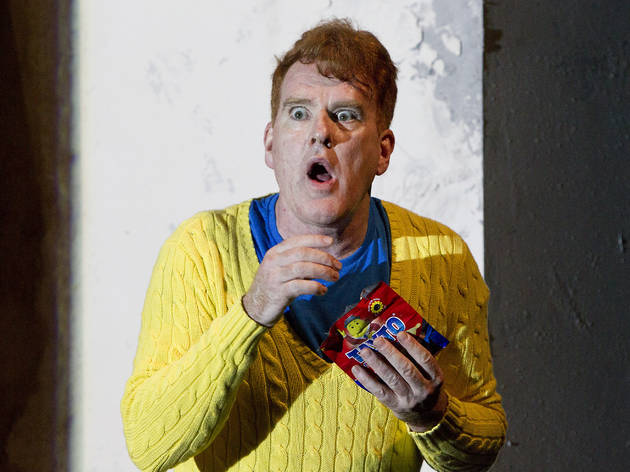 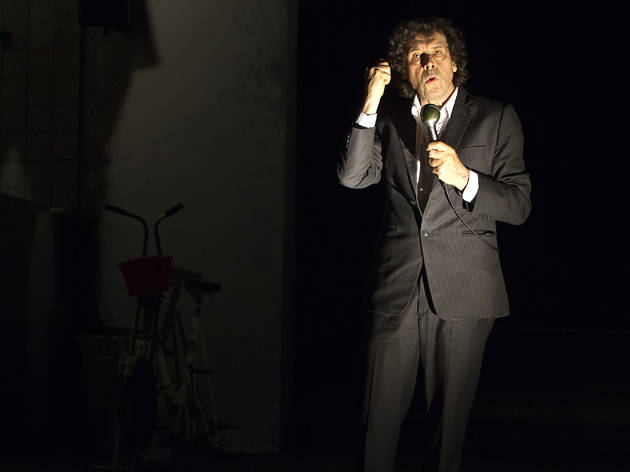 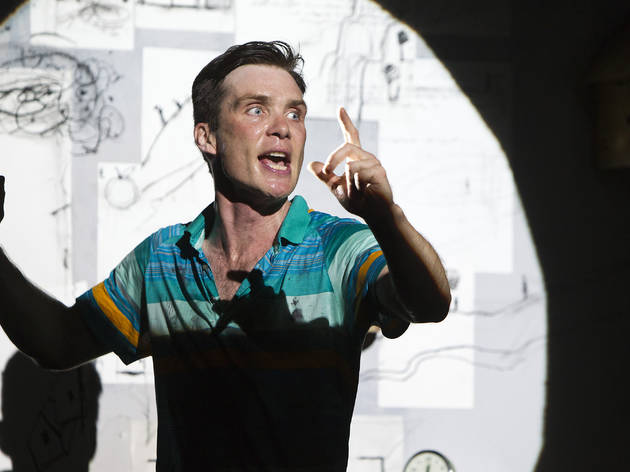 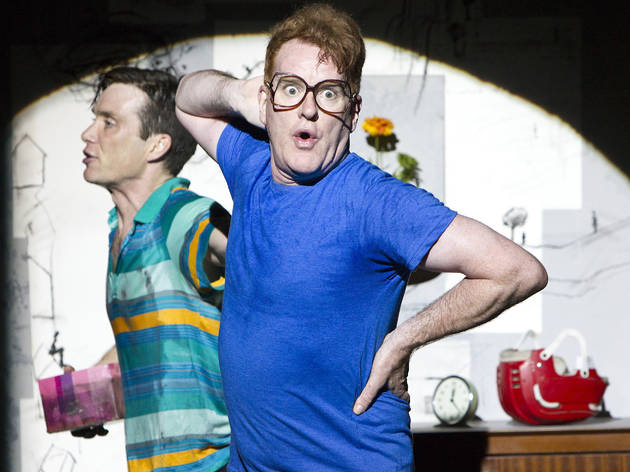 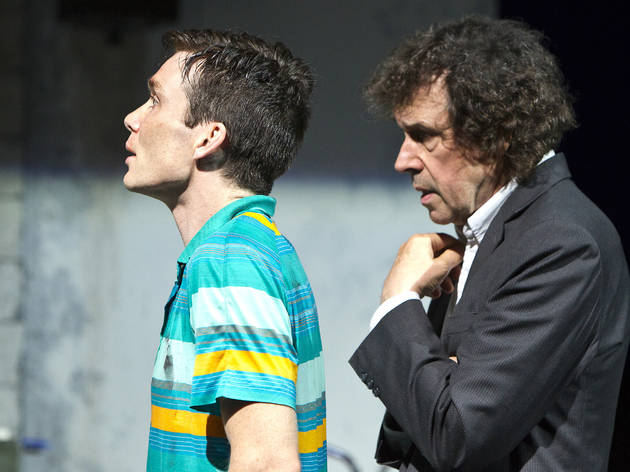 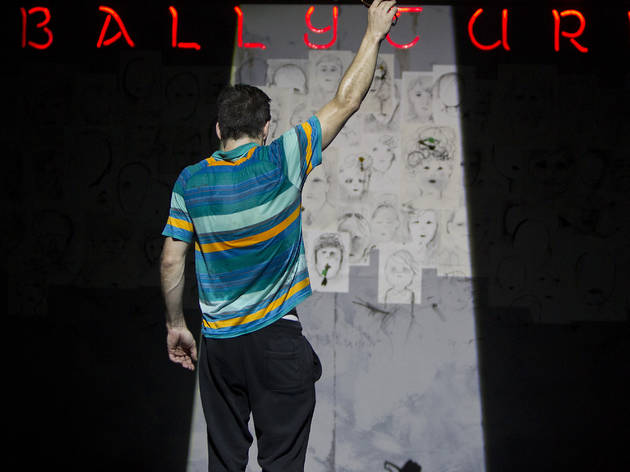 Highly strung, sweaty Cillian Murphy and fractionally less highly strung and sweaty Mikel Murfi are two men with no names, living in a strange, ramshackle room. At the start, Murphy is singled out under a spotlight, babbling his way through a weird, unsettling story about a town called Ballyturk, which we later see drawn on the walls of the room. Then the lights slam on, and there’s Murfi, gawping and dopey, clad only in his underpants. This funny moment begins a truly bravura set piece in which ABC’s ‘The Look of Love’ blasts out through the old record player in the corner while the two men blitz through their morning routine – breakfast, dress, shower – with a turbocharged ineptitude and fearless physicality that catapults your heart into your mouth.

Also directed by Walsh, the show runs to 90 minutes, and for at least 89 of them I didn’t reeeeeeally have any idea what was going on. ‘Ballyturk’ is considerably more obtuse than the last Walsh/Murphy hook-up, 2011’s ‘Misterman’, which wasn’t exactly straightforward either. But Murphy and Murfi’s childish, nervous and incredibly physical play is consistently fascinating. For the most part it’s funny as well as occasionally creepy. And just when we wonder if anything is actually going to happen, it really does: with a tremendous roar of mangled strings, the back wall collapses, revealing the figure of Stephen Rea, smoking on a bank of grass with his back to the room – a truly stunning tableaux.

Rea’s character clearly knows what is going on, though Walsh will be damned if he tells us. But the manic textures subside, giving the second half of ‘Ballyturk’ a more meditative quality. Its most dazzling moment is a beautiful speech from Murphy in which he yearns for a world where ‘a boy can run not only on the word “beach” but on the beach itself’.

After a while, Rea departs, and just when it seems Walsh is going to let the play end without explaining anything, there’s a stark revelation that gives all the previous action a brilliant clarity. It’s the most dazzling moment in ‘Ballyturk’s constellation of set pieces.