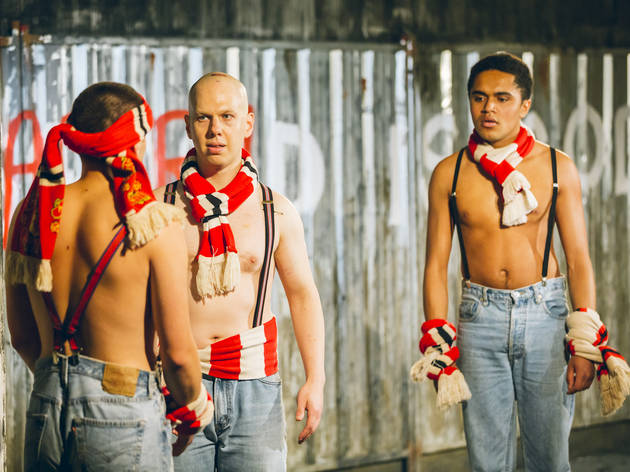 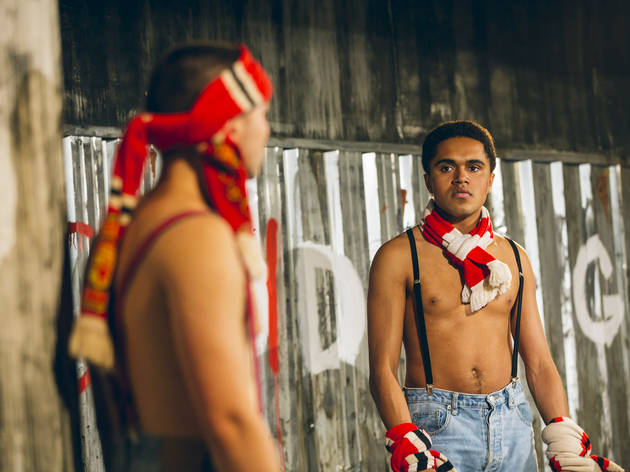 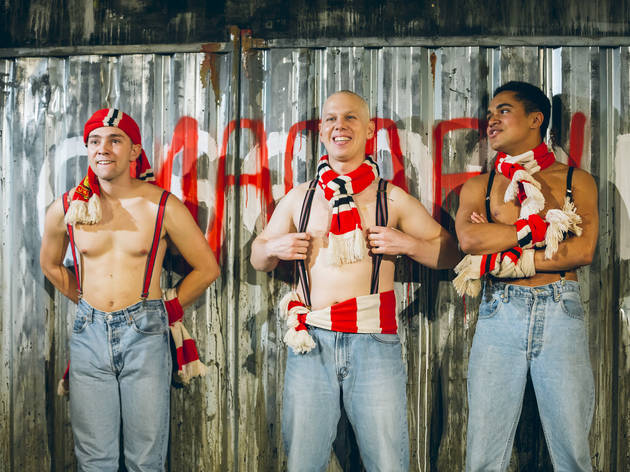 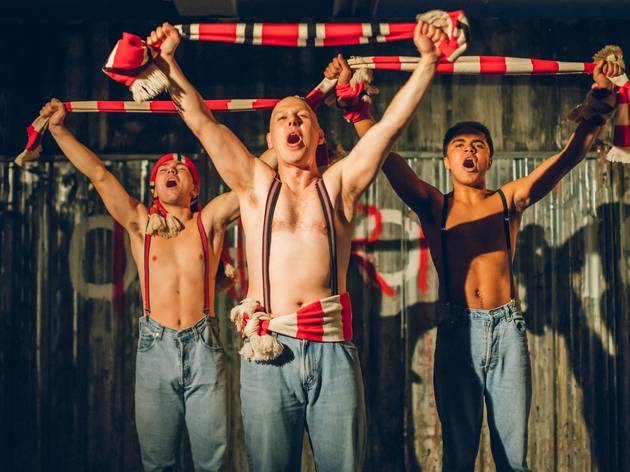 For anyone mourning the conclusion of Shane Meadows’ ‘This is England’ saga, Tooting Arts Club’s revival of Barrie Keefe’s 1977 play about disaffected youth makes for a deliciously grim dessert.

A similarly bleak tale of racial tension and working class boredom, ‘Barbarians’ follows a trio of braced-and-booted youths as they steal cars, smoke fags and endearingly vent about the shittiness of it all. There’s Paul (Thomas Coombes), a thuggish skinhead charged with angry energy; Jan (Jake Davies), impressionable with ambitions of joining the military; and Louis (Josh Williams), who’s sweetly naive but determined to make something of himself.

It’s a play of three parts, which take place in three separate spaces within the former Central Saint Martins building on Charing Cross Road, all of them covered in frustrated, anti-establishment slogans of the ‘70s. The first part sees the cast moving among the audience – seated around tables in a common room-like arrangement – providing the perfect opportunity to bond as we smell their cigarette smoke, brush against their stonewashed jeans and feel their spittle landing on our faces. It’s an animated opening, so grab a seat on the edges if you’re prone to whiplash.

Next we’re outside Wembley stadium during the 1978 FA Cup Final, where the ticketless boys slowly lose their rag. Paul’s comparison of football fanaticism to drug abuse perfectly illustrates the frustration of being young and poor. ‘There’s always a wall in the way’, he says, hoofing his Doc Martens into a giant metaphor made of corrugated steel.

The third and final part plays out in the round, with greater separation between cast and audience – fitting, because the trio have also drifted apart. Some years later, Jan and Louis have made something of their lives, while Paul maintains the air of a man who believes the world owes him a living. A chance encounter at Notting Hill Carnival sees tensions boil over, leading to a dark, brutal conclusion that sucks the breath from your lungs.