‘Blues in the Night’ review 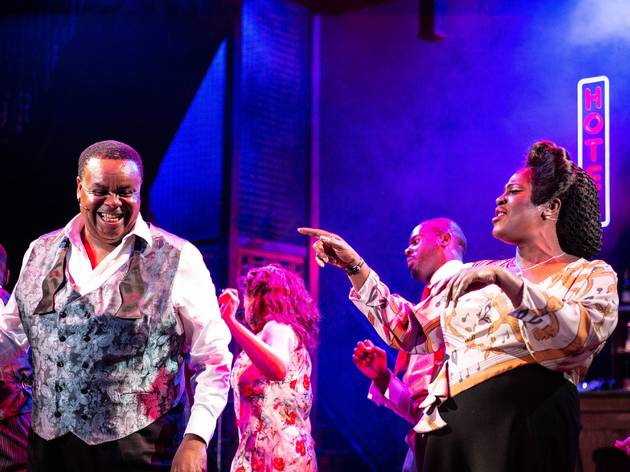 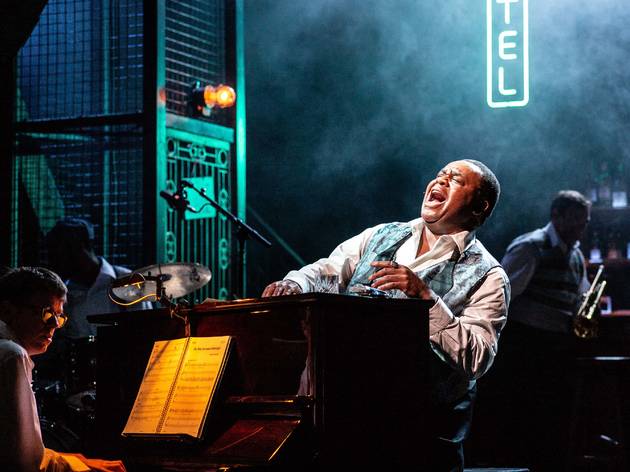 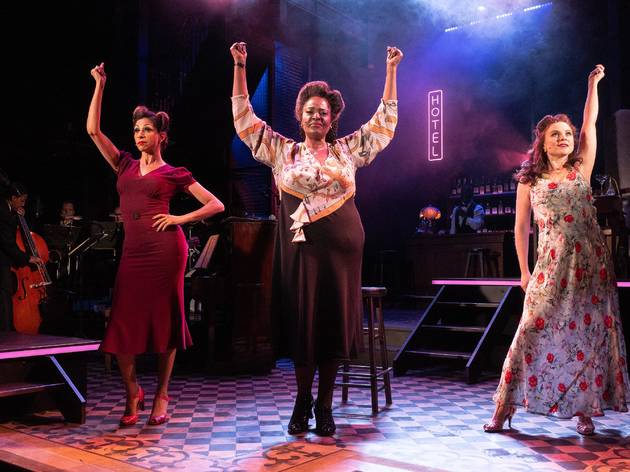 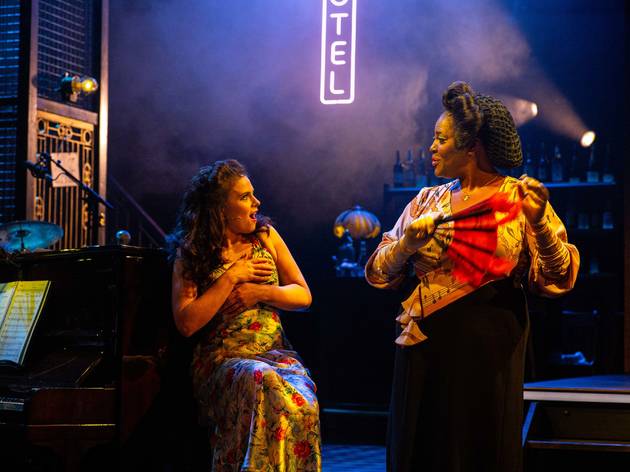 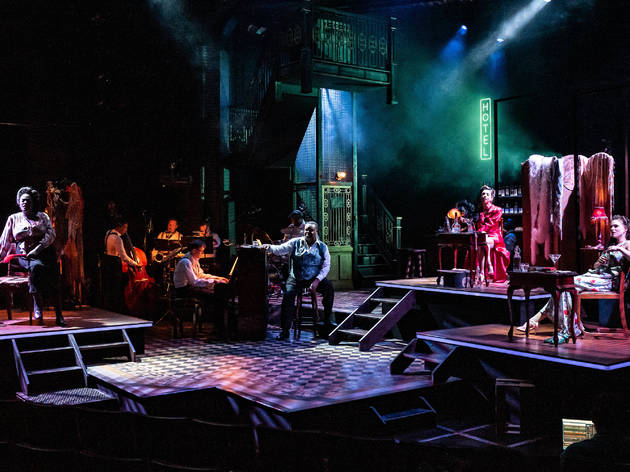 Kiln Theatre has solved the eternal conundrum of how to pack audiences in through August in serious, sultry style. ‘Blues in the Night’ unites the substantial singing chops of Sharon D Clarke and Clive Rowe in a gorgeous-looking, gorgeous-sounding jazz revue.

First conceived by Sheldon Epps back in the ‘80s – and rarely seen since – it has the vaguest of plots. In Susie McKenna’s revival, Clarke and Rowe play neighbours in a New Orleans tenement block, together with a weary good time girl (Debbie Kurup) and a sweet-as-pie ingénue (Gemma Sutton). But really, the story is only there as an emotional backing act to the bluesy cheating songs that fill this show.

Double Olivier-winner Clarke hosts proceedings with a masterful performance as a retired chorus girl, flicking through old photo albums and shrugging back on her old costumes to cheer herself up on a dreary summer night. She’s undoubtedly the star here, crooning ‘blue’ in every colour of the rainbow, her flexible voice capable of sweet nostalgic lightness or tormented depths. Epps’s song choices focus on female artists: especially Bessie Smith, who supplies many of the show’s most devastating moments, with songs that summon up the misery of unmet hungers, of being abandoned and alone. The three female singers’ voices blend into a stunningly harmonised version of ‘Blue Blues’, both worlds away from, and just as moving as, Smith’s weary croak.

Men are peripheral to this show; as though they’re justly embarrassed by the songs that style them as idling emotional manipulators. Clarke joshes Rowe for his caddish ways, letting him break out into hilarious comic numbers, while the other two male cast members Joseph Poulton and Aston New don’t have much to do beyond skulking in the depths of Robert Jones’s richly imagined, green-glowing set.

Still, Rowe steps forward for the climax, Smith’s ‘Nobody Knows You When You’re Down And Out’; sung straight out at the audience, a reminder that these are songs of the dispossessed, not the comfortable inhabitants of pleasantly air-conditioned theatres. Bessie Smith wouldn’t have wanted it any other way.