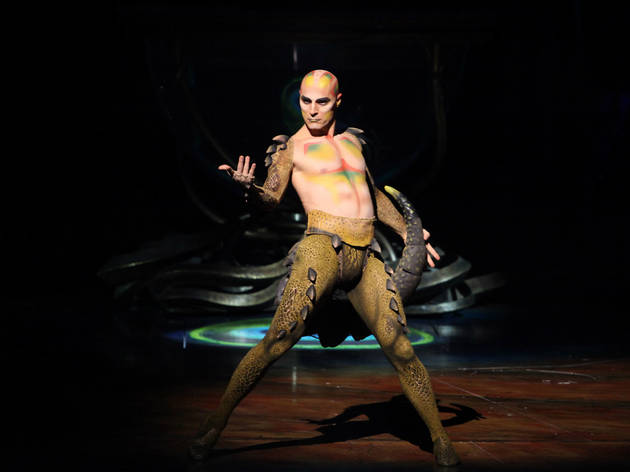 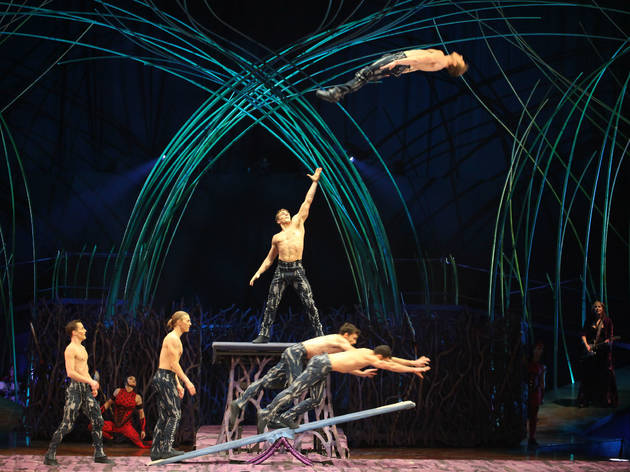 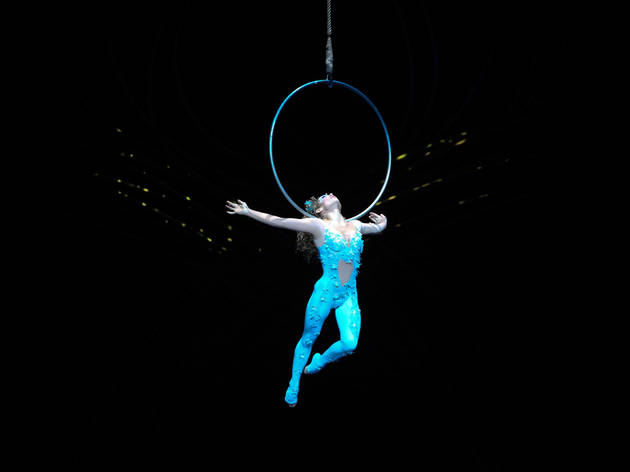 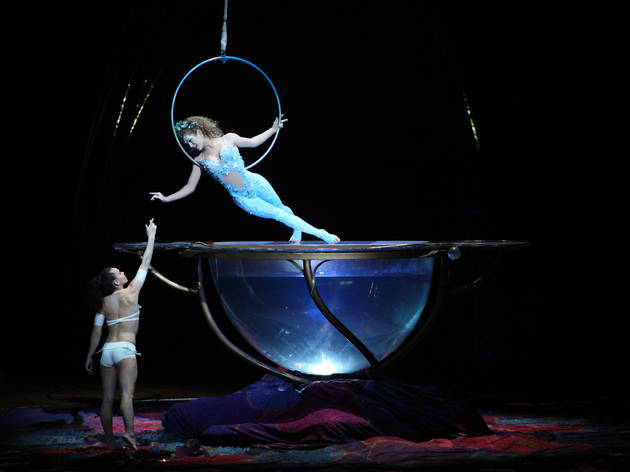 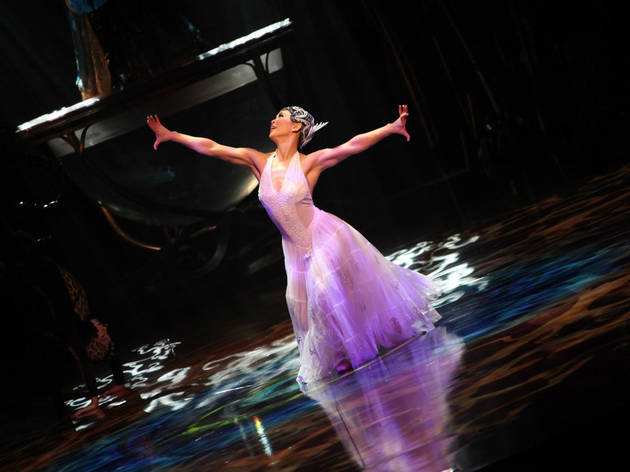 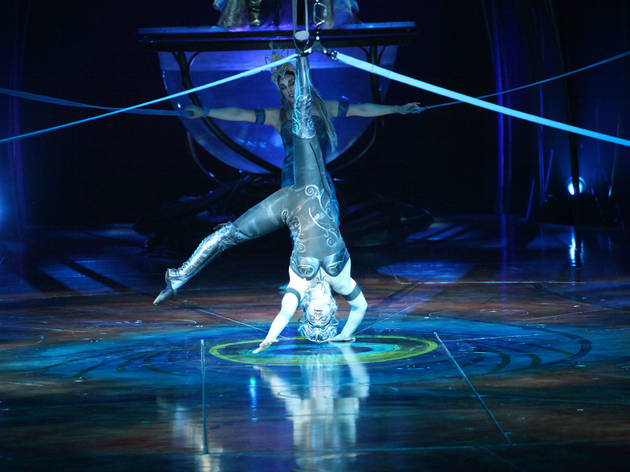 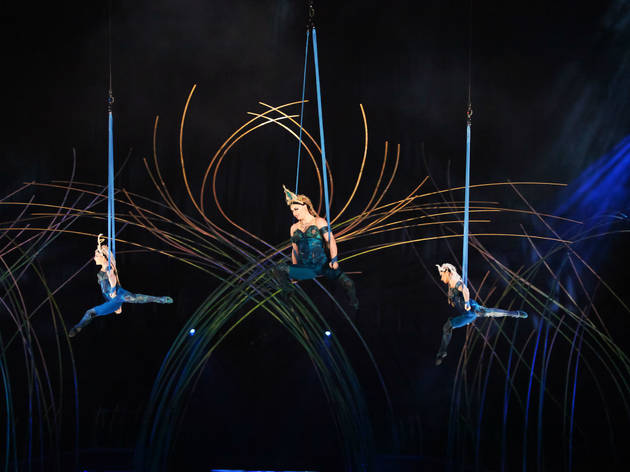 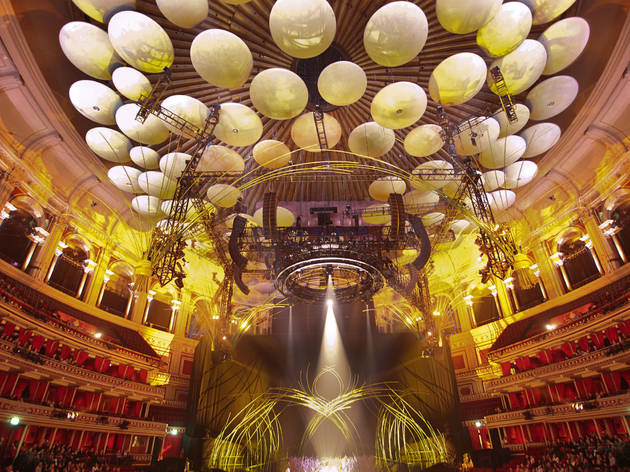 Pity the performers in Cirque du Soleil. When they’re not doing jaw-droppingly impressive things on stage, the minutiae of ordinary life – like popping to the shops for milk, say – must be incredibly boring.

Because, make no mistake, this show from the Canada-originating, world-conquering circus troupe is a spectacular piece of escapism. After premiering in Montreal in 2012, it’s at the Royal Albert Hall to mark the company’s twentieth anniversary at the venue.
Loosely based on Shakespeare’s ‘The Tempest’, with shades of Mozart’s ‘The Magic Flute’, the show follows the trials of Miranda – daughter of the sorceress Prospero – and the shipwrecked Romeo, as they fall in love on the island of Amaluna. The multi-level set, with its massive, peacock feather-like fronds, has epic scale.

At this point, there’s an expected level of slick professionalism in Cirque du Soleil’s work – and, leaving aside the slightly cheesy rock opera stylings, ‘Amaluna’ feels like a Hollywood blockbuster, with a budget to match. And yet this doesn’t take away from the thrill, thanks to its well-chosen acts and deft tonal changes.

The supernatural is apt when the skill and physical prowess of the performers seems magical. But it’s not just about stunning, large-scale acrobatics performed by people dressed as animals. The proper hook to ‘Amaluna’ is its confidence in occasionally silencing the roaring guitars of the band – in letting stillness in.

As Miranda, Iuliia Mykhailova is mesmerising in an act involving stilts, a giant water bowl and immense concentration; while Lara Jacobs Rigolo (as the helpfully-named Balance Goddess) is spell-binding as she creates a boat frame using only canes, her toes and feats of balance that seem impossible.

One of the best aspects is the way that traditional circus acts are pulled seamlessly into the strong visual narrative. There’s artistry in the timing, skill in the pay-off and some actually funny clowning between Gabriella Argento’s formidable nursemaid, Mainha, and Pavel Mikhaylov as Romeo’s manservant Papulya.

And you know what else is great? The show’s focus on female characters and performers, as well as the all-women rock band. When this is still shamefully far from the norm, seeing this much talent recognised and celebrated on such a scale is fantastic. Cirque du Soleil continues to raise the bar – literally.