My Account My Profile Sign out
My Account
Search
Worldwide Europe United Kingdom England London Coronavirus has closed London’s theatres. Here’s what you need to know

Following a rash of closures and cancellations of shows, all of London’s theatres have now shut, and look likely to stay shut for a while. Here’s what we know.

So, like, literally all of them?
As far as we can tell, every single theatre in London has shut. The Society of London Theatre (SOLT) ordered its venues – including all West End theatres – to close in response to the Prime Minister’s press conference on Monday March 16, when he ‘strongly urged’ members of the public to stay away from theatres. Some smaller, non-SOLT-affiliated theatres did have a final performance that night, and we’re aware of one show that ran on Tuesday 17, but it seems overwhelmingly likely that all have now closed.

Do they have to shut?
Not at the time of going to press, which has caused some controversy in the theatre world (and pretty much every other world). In many countries, a hard cap on public gatherings above a certain size has made theatres legally obliged to close. Here, the advice is simply to stay away from them. However, as (unlike many pubs and restaurants) they’ve all closed anyway, this is now broadly irrelevant to punters.

How long will this go on for?
We wish we knew the answer to that. At the moment it is effectively indefinite; it won’t end until the government says it can. Many theatres are therefore officially on indefinite hold. A number have notional return dates, though, with the National Theatre one of the earliest to name a technical resumption date (April 12). A building with its resources could presumably pull this off if it got the go-ahead in good time, especially as most of the productions were already up and running. But that date does seem optimistic. In Asia, some museums and cinemas reopened after six weeks or so, with theatres looking likely to follow a couple of weeks later. However, as much as anything else, actors need rehearsal time, and the entire cast needs to be healthy.

Are any shows gone for good?
At the moment, it’s only the ones you’d expect to be axed because of losing the next month or two. ‘The Comedy About a Bank Robbery’ was due to end its run on May 3 and so has wrapped up. ‘Endgame’ at The Old Vic cancelled its final fortnight. Many theatres have vowed to bring back shows that were due to start soon at a later date. At the moment there is no suggestion that any West End long-runners are threatened. The deep pockets of Disney (‘The Lion King’), Andrew Lloyd Webber (‘Phantom of the Opera’) and Cameron Mackintosh (‘Les Mis’, ‘Hamilton’) will probably get them through this. Some shows – such as The Old Vic’s Timothée Chalamet-starring ‘4000 Miles’ – have been postponed rather than cancelled.

Will the Olivier Awards ceremony take place this year?
It will not, although there are still winners – who will presumably be announced at some point when things are  less bleak.

What can I do to support theatres?
Loads of things! One of the best and simplest is this: if you have a ticket for a show that’s been cancelled, do consider not asking for a refund. These are exceptional times and the theatre probably won’t be able to claim the money back on insurance – the money you’ve already kind of written off. If you are going to claim a refund, be patient: clearly theatres are overwhelmed right now. Beyond that you could donate to the theatre directly, take out a membership, buy a playtext or snap up tickets for a show later in the year.

Is that it for theatre for now?
Not at all! There was already a fairly chunky amount of theatre content you could view online, notably from stalwarts Digital Theatre, whose £9.99 monthly charge unlocks a load of classics including Maxine Peake’s ‘Hamlet’ and Richard Armitage in ‘The Crucible’. There’s also a whole heap of Shakespeare’s Globe shows on Globe Player. Additionally the coronavirus shutdown has prompted a wave of live-streaming pioneers: some fringe shows have simply streamed via Instagram; some companies are making previously pay-for records free; and we’re aware of some shows that are filming their performance for web broadcast instead of performing to audiences. We’ll have more details of those soon. The big prize is the National Theatre’s NT Live archives. They’re currently not available to the public, but it would certainly be a tonic if the NT were to open them up – and there have been hints that they will. Free home screenings of the Benedict Cumberbatch/Jonny Lee Miller ‘Frankenstein’ would certainly be something to take our minds off virus business. 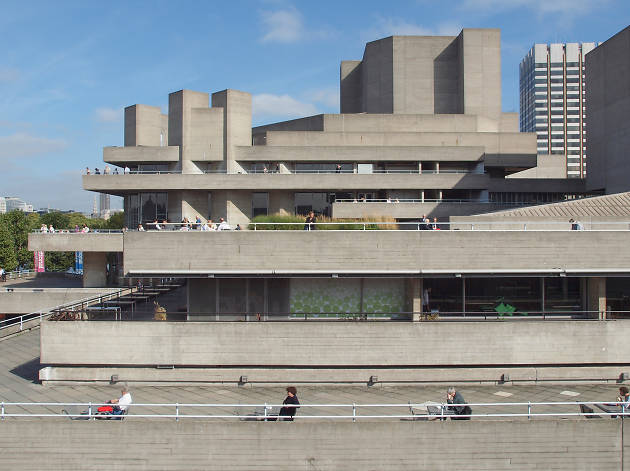 Everything you need to know about London’s theatre closures (and reopenings?).