Dead Dog in a Suitcase (and other love songs) 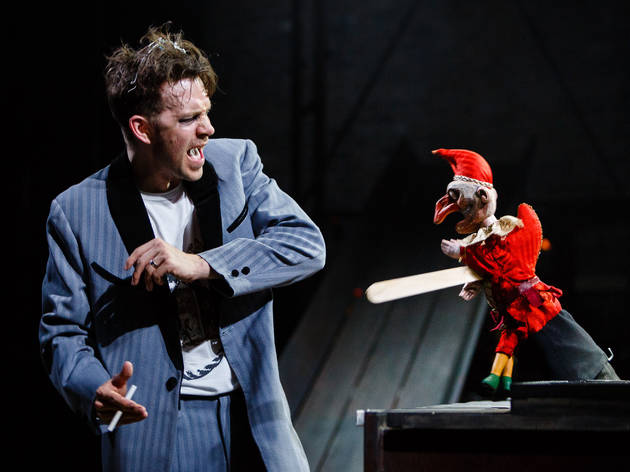 1/5
© Steve TannerDominic Marsh as Macheath in 'Dead Dog in a Suitcase (And Other Love Songs)'. 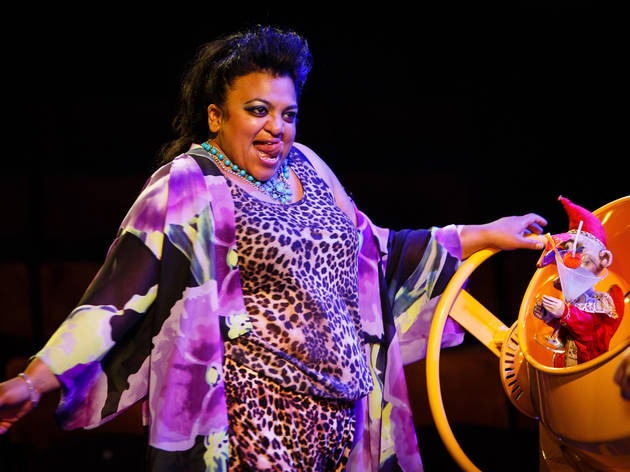 2/5
© Steve TannerRina Fatania as Mrs Peachum in 'Dead Dog in a Suitcase (And Other Love Songs)'. 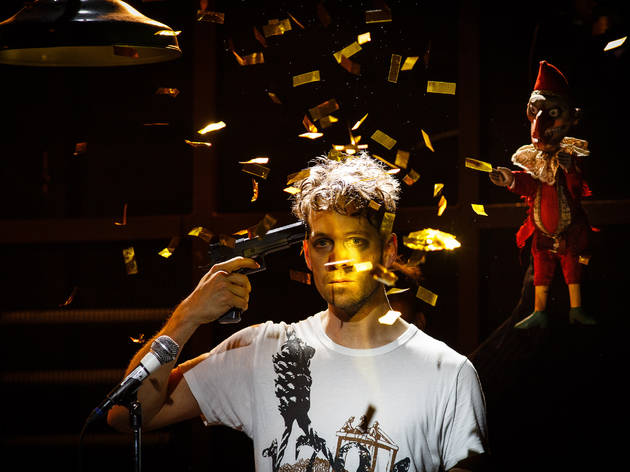 3/5
© Steve TannerDominic Marsh as Macheath in 'Dead Dog in a Suitcase (And Other Love Songs)'. 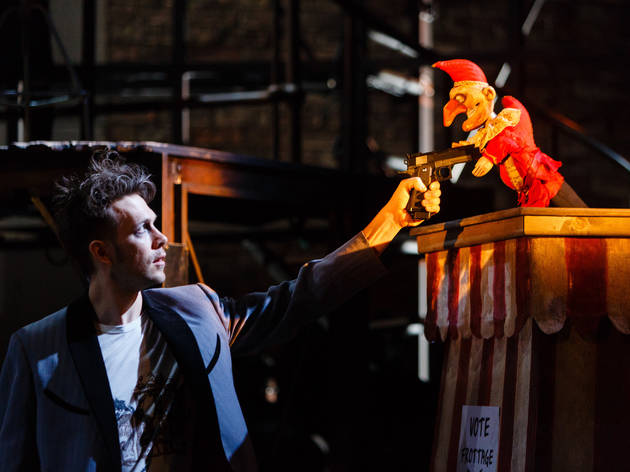 4/5
© Steve TannerDominic Marsh as Macheath in 'Dead Dog in a Suitcase (And Other Love Songs)'. 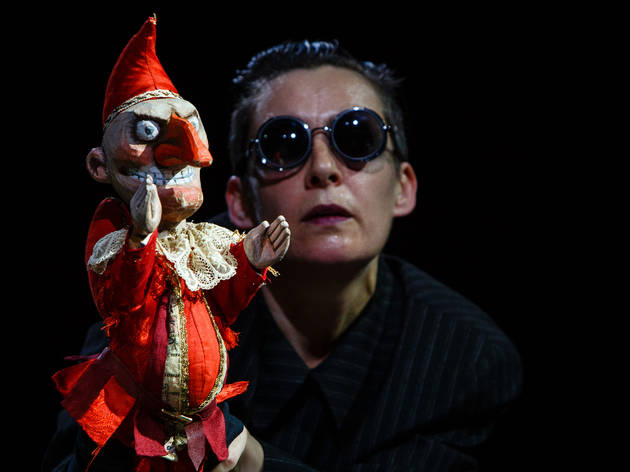 5/5
© Steve TannerMartin Hyder as Les Peachum in 'Dead Dog in a Suitcase (And Other Love Songs)'.

This lively take on 'The Beggar's Opera' is full of comic riches.

Nope, National Theatre smash ‘The Curious Incident of the Dog in the Night-Time’ doesn’t have a monopoly on decomposing family pets. Kneehigh’s raucous new rock opera centres on an incriminating canine corpse. Widow Goodman is determined to find the murderer of both it and her husband, in a grimy drama that takes in all sorts from rigged elections to pistol fights.

Kneehigh are pretty free with their source material, John Gay’s 1728 ‘The Beggar’s Opera’. But they retain the spirit of his grubby tale of arch-criminal Macheath while updating Gay’s social satire into a bacchanalian murderer’s carnival with an ear-shattering synth-rock soundtrack.

Mrs Peachum starts the mayhem by paying Macheath to bump off her husband’s political rival Goodman. Rita Fatania is a joy to watch as she prowls around her hapless husband, trussed up in multiple kinds of leopard print. And although Angela Hardie as her daughter Polly feels like she’s parachuted in from another show entirely, she has a sweet charisma that comes into its own once her bad-boy lover Macheath proves true to form.

Kneehigh’s signature puppets – with sinister painted faces – pop up all over the shop, taunting the flesh-and-blood humans. Macheath’s (Dominic Marsh) saturnine duets with a mocking Punch are a psychological masterstroke. But the real comedy comes when he’s accosted by hordes of puppet babies singing ‘We hate you, Daddy’ – Cabbage Patch Kids gone rotten.

A live rock band blasts out the choruses and soundtracks tense negotiations with throbbing menace. Unfortunately the cast’s voices turn hoarse as they try to make themselves heard over the din. Combined with performances so broad they’d struggle to get through doorways, this is opera with a panto spin. But during the silliest season of the year, it doesn’t seem to matter.