Theatre, Panto
3 out of 5 stars 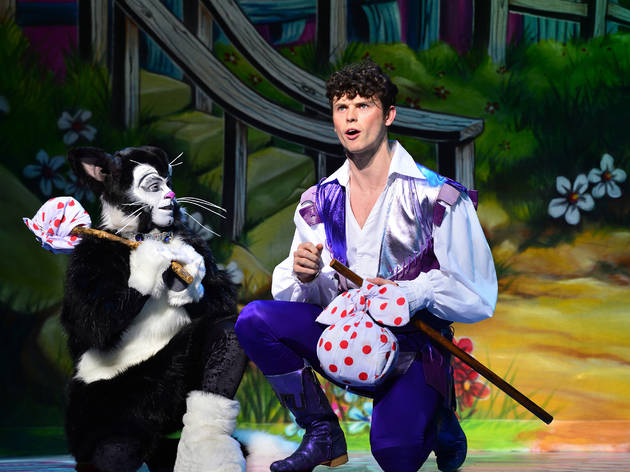 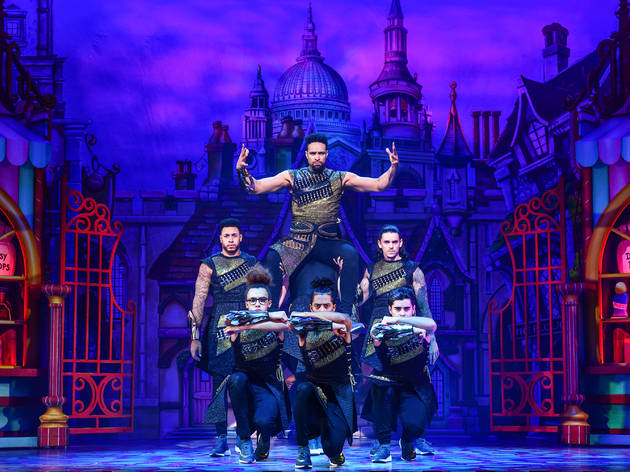 2/7
© Paul Coltas Ashley Banjo &amp; Diversity as The Sultan and His Advisors 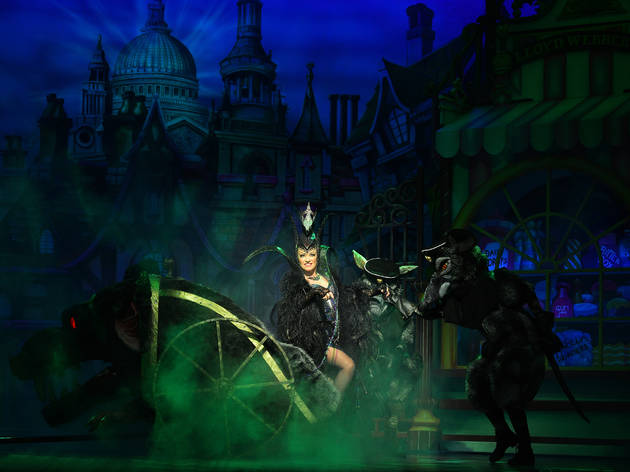 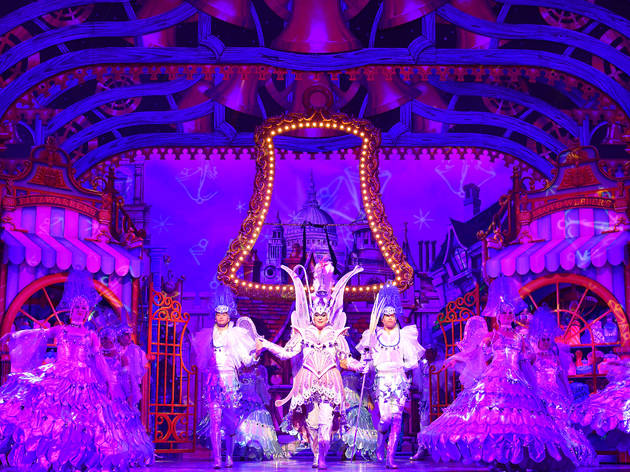 4/7
© Paul Coltas Julian Clary as Spirit of The Bells 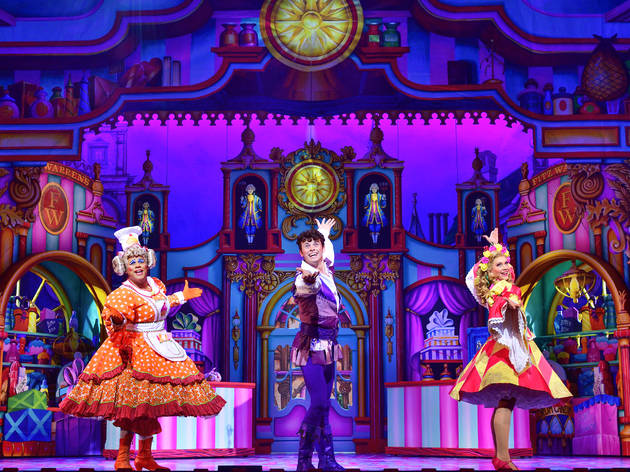 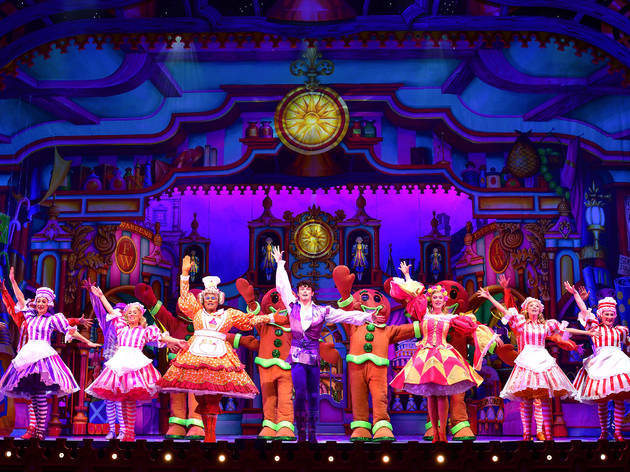 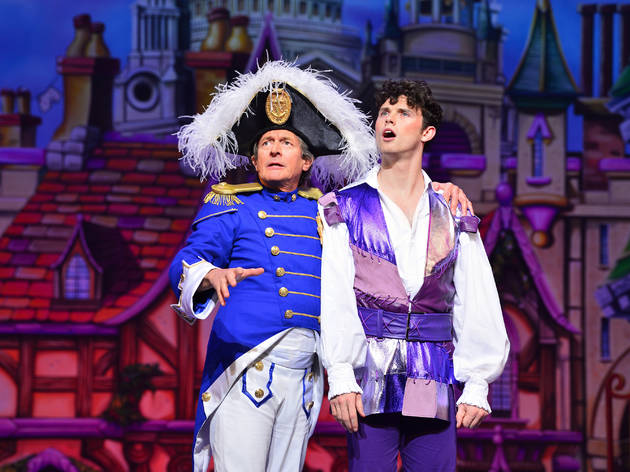 London's most gleefully excessive panto returns with a boom

The fearsome festive machine that is Qdos Entertainment rolls back into the London Palladium for a second year of the historic central London theatre’s revived panto, following 2016’s ‘Cinderella’. This time, ‘Dick Whittington’ gets the shock and awe treatment.

The plot – country boy Dick goes to London to make his fame and fortune and ends up as mayor – quickly disappears beneath mega spectacle. From the enormous, red-eyed rat’s head (voiced by Paul O’Grady) leering out of the darkness, to a red double-decker bus flying over the heads of the audience, the special effects here are genuinely jaw-dropping.

The show arrives at the Palladium on the heels of the 2017 Royal Variety Show and feels like a Christmas extension of that. So, we get bouncy ventriloquist Paul Zerdin returning from last year and slightly outstaying his welcome with some funny dummy jokes and some weary ones about men and women.

Ashley Banjo and his dance troupe Diversity turn up as the Sultan and his special advisors. Their tightly choreographed numbers are a nice change of tempo to the more end-of-pier stuff.

As Dick, Charlie Stemp – star of the West End's 'Half-A-Sixpence' stopping off for panto on his way to making his Broadway debut in 'Hello, Dolly!' – brings high kicks and charm. As his love interest Alice Fitzwarren, though, his talented '…Sixpence' co-star Emma Williams is stuck with a role which barely exists. The pair’s older co-stars get to have a lot more fun.

As the Dame, seasoned pro Gary Wilmot could probably do this in his sleep, but he commits to it with a big smile, a ton of energy and a virtuosic performance of a ditty listing every London station at breakneck speed.

Meanwhile, as Queen Rat, Elaine Paige gamely sends herself up, singing villainous versions of songs from the musicals that made her fame. There’s a nicely meta edge to Paige doing a Norma Desmond, as well as to Nigel Havers hamming it up as a hammy actor chasing a bigger role.

The show’s secret weapon, though, is Julian Clary as Spirit of the Bells. His costume changes are eye-popping and his brand of knowing innuendo is sharper than the show around it. The trademark smiling venom he brings to proceedings sticks a pin in a production that, while fun, sometimes looks like one of those airplane clips sponsored by the London tourism board.

If you want a properly community-rooted or more subversive panto, 'Dick Whittington' won’t be for you. But as a machine-tooled reflection of the bright-light blare of central London at Christmas, it's a sugar rush of a show.