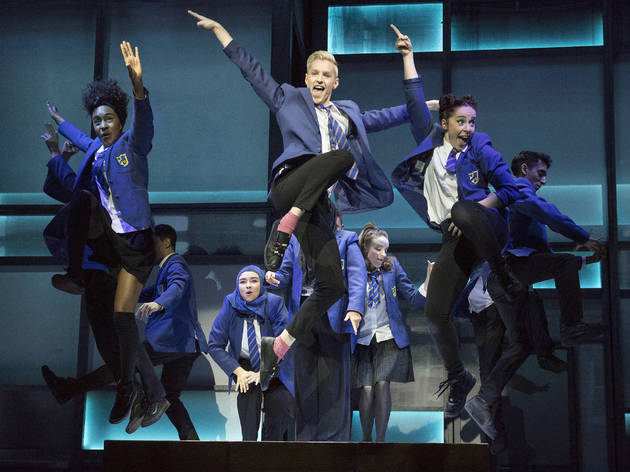 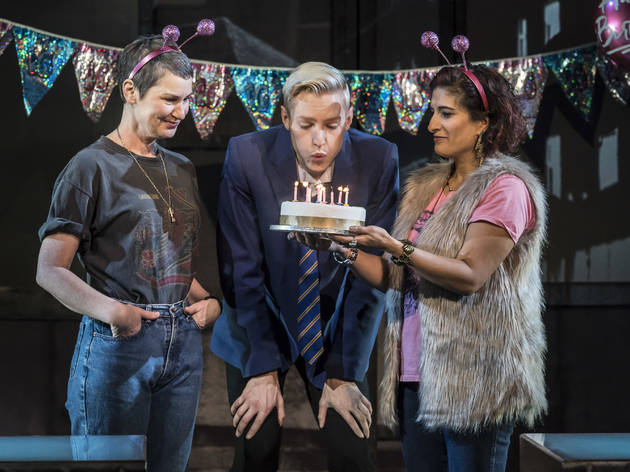 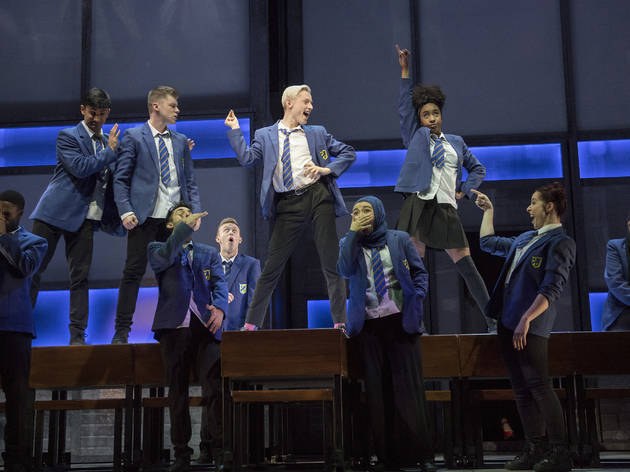 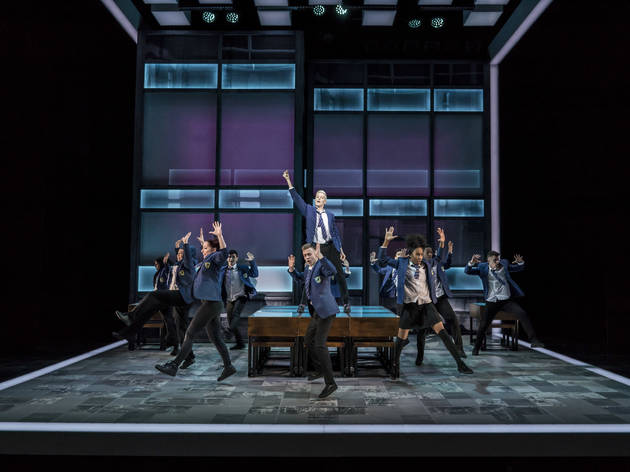 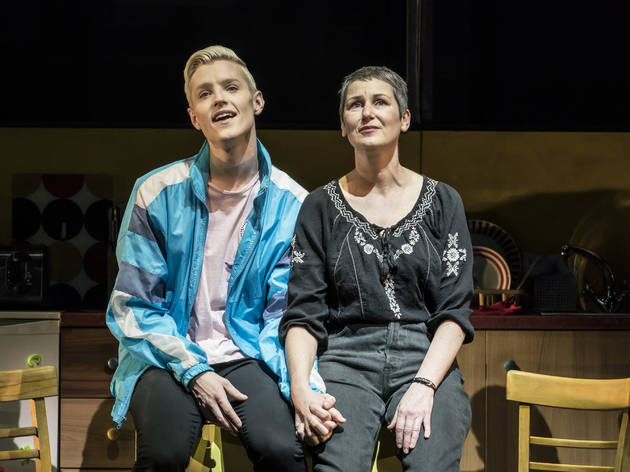 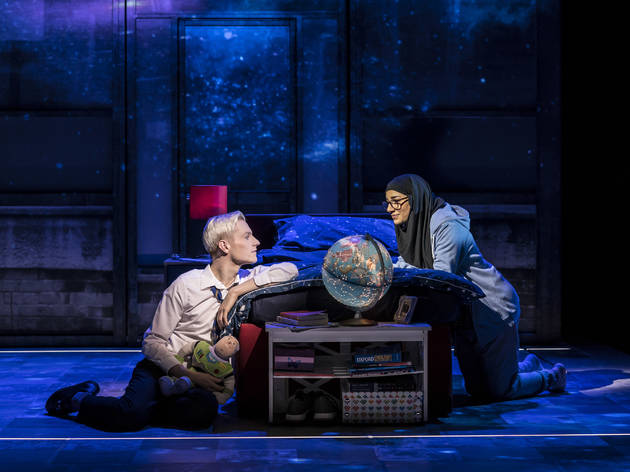 ‘Everybody’s Talking About Jamie’ returns to the West End in May 2021 in socially-distanced form with Noah Thomas as Jamie and Shane Richie as Hugo/Loco Chanelle.

‘Everybody’s Talking About Jamie’ is a burst of joy in the heart of the West End. This new British musical, transferring from the Sheffield Crucible, is the real deal. Watch out, tired revivals: there’s a new kid in town.

Inspired by a 2011 BBC documentary about a teenager who wanted to be a drag queen, the show follows 16-year-old Jamie on his journey to be himself – out of a classroom in a working-class part of Sheffield, away from the bigotry of a deadbeat dad, and into high heels.

Director Jonathan Butterell’s production is a high-impact blaze of colour, combining video projections with seamless scene changes and a live band above the stage. It captures the frenetic energy of being a teenager.

Every element of this show works beautifully together. The music, by The Feeling frontman Dan Gillespie Sells, is a deft mix of irresistibly catchy, pop-honed foot-tappers – try not to hum ‘And You Don’t Even Know It’, I dare you – and truthful, heart-wrenching numbers.

This is Sells’s first foray into writing for musicals, but he’s always excelled at telling stories in song.

He is matched by the show’s writer and lyricist Tom MacRae. Apart from notable exceptions like Punchdrunk’s ‘Doctor Who’-themed kids’ show ‘The Crash of Elysium’, he’s largely written for TV, but this works well here. His dialogue is punchy, funny and often lands with a sting.

While most of the characters exist to orbit Jamie, they still have their own stories and these are crisply told. As Pritti, Jamie’s best friend who wants to be a doctor, Lucie Shorthouse is funny and affecting.

Josie Walker is superb as Margaret, Jamie’s mum, who’s raised him alone. She pours her heart into the spine-tingling ‘If I Met Myself Again’. Mina Anwar, meanwhile, lights up the stage as her no-shit-taking bezzie, Ray. Family means a lot of different things here.

And at the show’s heart is a star-making turn by John McCrea as Jamie, the queen-in-waiting. Charismatically sharp and sassy during the showstoppers, pulse-racingly choreographed by Kate Prince, he deftly reveals the ache of vulnerability behind his character’s catwalk strut.

Sells and MacRae craft a world that bubbles with hope but doesn’t ignore its hardships. Jamie and his classmates face a society beaten down by broken relationships and poverty, that tells them there’s no point trying.

But ‘Everybody’s Talking About Jamie’ is too fabulous to be a pity party. It’s a joyous punch in the air about following your dreams and being yourself. ‘Life-affirming’ is generally an over-used term, but not here. This production owns the stage.