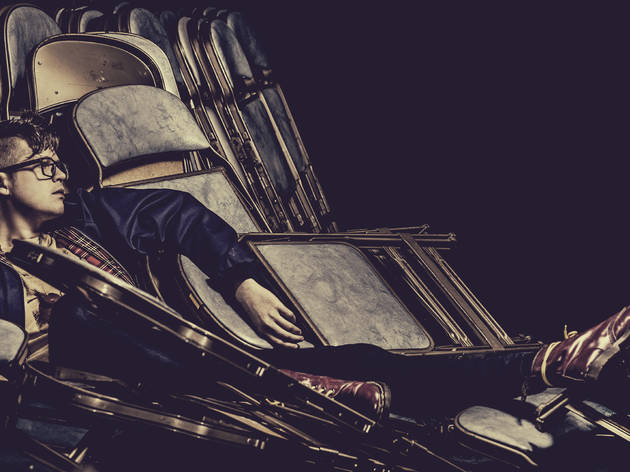 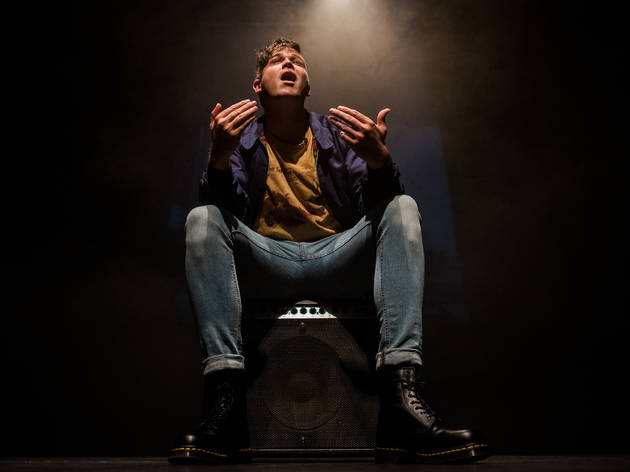 Shame. I actually feel shame after watching Luke Wright’s thunderously passionate one-man poem play. Set during Thatcher’s 80s, ‘Frankie Vah’ is about an idealistic young Essex lad, Labour supporter and performance poet who aches for his country, and is desperate for something better to believe in. Wright’s play burns with the fiery righteousness of youth and, although there’s real disillusionment in here, this is essentially a raging rally cry: CARE MORE!

There are lots of crossovers with Wright’s Fringe First winning play ‘What I Learned From Johnny Bevan.’ The story arc is familiar: a naïve teenager goes to university, falls hard for politics and poetry, and eventually finds his ardent beliefs are tested as he grows up, experiences more and discovers complications and compromise. The context has changed, though, and the dizzying emergence of New Labour has been replaced by the devastating resilience of Thatcher’s Tory Government.

Wright will eventually need to find new frameworks for his writing but, for now, the sheer linguistic virtuosity and sweaty magnetism of Wright’s performance is more than enough. Directors Joe Murphy and Alex Thorpe direct with subtle chutzpah, underlining but never outshining Wright’s brilliant script with choice projections and Ian Catskilkin’s roaming and emotional score.

Joe Price and Tom Clutterbuck’s nimble lighting just about keeps up with Wright’s pulsing performance as he surges from confessional stand-up segments, to tender love scenes and pounding poetry skits that feel increasingly like rock gigs. The lights flash Labour-red and Tory-blue – blinding, comforting, confrontational and even spiritual – the constant backlight to this young man’s life.